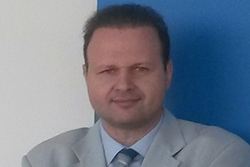 The Eastern Mediterranean has become the epicenter of maritime and geopolitical developments as great powers, regional actors antagonise for influence and access to energy resources. Greece a traditional maritime nation could play a constructive role on the stabilisation of the region.

Since 2012 US has decided to intensify its role in Asia – Pacific, neglecting, in a sense, the frozen issues in the Eastern Mediterranean (East Med). Accordingly, the US reduced the Six Fleet’s naval presence, which has currently a single command ship in Italy and four Aegis destroyers.  Naturally, the reason for the Pacific shift has been the emergence of China that invests huge resources at sea. What is important in our East Med context, is that the frozen and unfinished business in the East Med have costed dearly and the bill has arrived sooner than expected.

Previously inactive actors (Iran, Russia) and Turkey have now become active. Each one of them are squeezing themselves in to get a piece of the pie; a pie that has been created and (peculiarly) left unattended by its maker: the US. Paradoxically, none of these actors has ever been genuine maritime nation or maritime power. The concepts of maritime nation and power integrate the cultural element (history and tradition), geography, the commercial activities (commercial fleet) and naval power.

As regards Russia, it has been encouraged by the American hesitance now has indeed achieved an impressive placement in the region. As regards Iran it has managed to antagonise the American strategic interests in the greater peninsula, the straits and now strives to establish itself west and eastbound. And finally, it is Turkey. It is an actor whose behaviour affects regional balance of power. Currently it follows a neo-ottoman vision. It is an actor that although has never been a maritime nation, it assumes this role based on an authority that was given in the past.

That mandate is now almost void. So, while Turkey was given a policeman’s status in the area, it now acts and reacts on an independent agenda practically antagonising all of its neighbours, hence contributing to a general instability. All three actors above have a common denominator: Instability. They benefit from instability and exploit it, pushing towards a self-deterministic and independent agenda.

NATO and European Union (EU) have also a limited presence in Mediterranean. In 2016, NATO commenced the Operation “Sea Guardian” with objectives to support the maritime security. In parallel, NATO has also been assisting Frontex and Greek Coast Guard to patrol its borders, in order to reduce the influx of “non-vetted people” coming from the turkish coasts. The EU has also interests in Mediterranean Sea e.g. energy security, migrations flows, control of the jihadist fighters.

However, the EU is also preoccupied with internal issues, the financial crisis and the Euroscepticism. While EU is looking to diversify its energy imports in order to diminish the dependency from Russian gas, is also showing reluctance in stabilising a safe zone in the rich East Med area.

On the one hand, the three actors Russia, Iran, Turkey assume dynamic and sometimes aggressive role. On the other, we have their neighbours that react to that pressure, yet they are also very cautious in modifying their stance from passive to active. The latter neighbouring states are: Greece, Egypt, Israel, and Cyprus. Only two countries from the above have long standing maritime tradition: Greece and Cyprus, whereas Egypt and Israel are investing resources in navy.

As regards the American-Greek relations, the US position and intentions remain unclear, as regards the East Med sea area. For example: The US does not encourage Turkey to remove its illegal military occupation force over an EU country and major energy actor in the region: Cyprus. It is a fact that practically makes no sense, serves none, especially in view of the current Cyprus – Israel – Egypt and Greece good relations.

So, what we see here is that although all these mentioned countries are in a kind of accord, an instigator exists that creates uncertainty. Thus, we have Turkey, a country that has not ratified UNCLOS, that claims a part of Cyprus’s EEZ, wishing to maintain privileged military presence in the island, while -in parallel- it disputes sovereignty over the Greek islands, challenging Israeli policies and intervenes in Egyptian politics.

Greece will remain passive until it is either provoked, or it is invited to assume a more active role. In fact, the situation in the East Med tends to instability, due to Greece’s limited presence in the SE region. Although Greece already supplies NATO with the Souda Base (in Crete) it follows cautious foreign policy based on maturity and ethics. This translates into conservatism. Greece, a democratic, mature and -most of all- maritime nation, could play a more significant role in stabilising the situation in the East Med and save the alliance from a lot of resources.

Greece could play this role, if it is only assisted from the US (and perhaps Britain), however it has proven in the past that can act as a strong ally in times of need. The qualities of Greece were always there, yet paradoxically being neglected for decades: Compatible social and political values, winner’s material, maturity and understanding of the area. By contrast, decades of American and British indifference deprived the alliance perhaps from its most useful maritime partner in the region.

Therefore, two key questions require an answer: First: How can one achieve stability in the region, which is rich in resources, and create a safe and orderly zone for trade interests to grow. Second: Who may a reliable partner be found, in achieving the above goals? We shall respond to these, in relation to the challenges ahead:

The main challenges in Maritime Security

(a) Migration: The conflict in the Middle East, especially in Syria created huge migratory flows from Turkish coast to Greek shores and Europe. This has been significantly reduced by the EU – Turkey deal and the presence of NATO in the Aegean. What further steps need to be taken?

(b) Maritime Terrorism and Piracy: Islamist terrorists can expand their activities in the Med, in order to attack all kinds of economic interests (e.g. affecting tourism and trade). The instability in Syria and Libya’s ungoverned regions increases the risk.

(c) Proliferation of conventional and WMD: Smugglers use cargo vessels to transport illegal arms. It is a risk factor that remains high.

(d) Miscalculations of littoral states: The situation in Turkey and the stance that adopts creates tensions to its neighbouring littoral states. A miscalculation could escalate into war. Another point of tension could be the Israeli-Lebanese relations, as regards the EEZ delimitation.

Insofar, the US evaluated any tensions in the East Med sea, as bilateral issues to be resolved by neighbouring states. This stance however, neglected the essence of the problem, which is the Islamic expansionism (as expressed in Libya, Syria, Iraq and Egypt) and the neo-ottoman agenda adopted in Turkey. Therefore, the US “neutrality” only intensified the problems.

The maritime and geopolitical order of the East Med is shaped by forces emanating from, Levante and the Eurasian and Black Sea. China is establishing access in the Med based on the “One Belt, One Road” agenda; Iranian naval power aspires to extend westbound and eastbound beyond the Persian Gulf.  Russia has already established maritime presence in the area. Russia has been mostly benefited from the recent developments in the Med Sea. It is now a major naval power with permanent presence. The US must decide what policy shall adopt towards Russia.

The littoral states of East Med, with the exception of Greece and Cyprus are not traditional maritime states, while most of them currently invest in naval power. NATO so far adopted a selective policy in the East Med, having as primary goal to deter Russian naval presence. This strategy has failed, while at the same time instability emerged.

The new American administration claims a more assertive strategy. It now understands that reliable partners are needed to deal with Islamic fundamentalism (e.g. the Kurds), whereas its position as regards the maritime region remains unclear. The blockade of Qatar from Saudi Arabia and other Arab states could affect the strategic developments in the East Med.

The blockade may not be so much related to terrorism per se, but to the relationship of the country with Iran. Syrian Kurdish forces upgraded their role as allies of the US on the war against ISIS. The perspective of Syria Kurdish autonomous, or perhaps independent state could change the maritime order in favour of the US, and perhaps Russia.

The normalisation of “hot spots” and “frozen conflicts” in the Mediterranean Sea requires reliable and capable maritime partners with maturity and tradition, without aggressive and expanding ambitions.

Greece a traditional maritime nation could play an important role to the stabilisation of the region. The US and EU should reconsider the position of Greece in EM and to realise that the problematic Turkey provoke only tensions.

The US, Russia and regional states should cooperate building measure of confidence, reducing the risk of confrontation in order to deter a crisis. The maritime security requires a modern navy to copy with the new security challenges in East Med. As regards, Greece and Cyprus require assistance. NATO and European Union should pursue a most assertive role for the security and stabilisation of East Med. They must closely cooperate in the Med, bringing other institutions and establish impartial forums of dialogue.

*This is the speech delivered by Mr. George X.Protopapas at the Kiel Seapower Symposium 2017