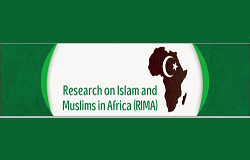 In the aftermath of every terrorist attack, from 9/11 to the recent attack targeting Muslims after leaving the Finsbury Park mosque after prayers to the recent attack in Mali, the public and policy makers demand explanations from the intelligence communities as to why these attacks were not prevented. Although every intelligence officer and larger agency is driven to prevent each and every attack, these agencies need to be correct every time. The unfortunate reality however is that the enemy (terrorists) need to be right only once in achieving their objectives. Since the public is not prevue to hear or even learn more of potential or foiled attacks – for a multitude of reasons – the impression is that these agencies failed to protect the public. Although I will later briefly discuss the reasons for intelligence failure, I’m starting addressing the impression that the majority of the public have no idea what needs to go into every operation to prevent an attack.