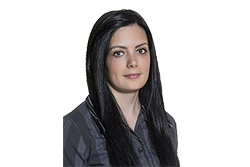 The “Dark web” is a hidden network of websites and the user needs special “tools” to access it. More specifically it is a thriving market for a variety of illegal activities and illegal actors. The largest of these is the community of hacking, in which the user can buy everything, from services to “how to hack” instructions. Products and services are on sale, such as drugs, weapons and crime activities, from robbers to “assassin to hire”. Having understood the nature of the products and services of the Dark Web, the main concern of buyers and sellers is the “security of transactions”.

In the main stage, the security in the “Dark Web” is governed by trust and the relationship building that the user creates gradually. For example, the access of a user in a hacking website can be achieved only by invitation of another user, who is already a member of the community. Then the user as a new member must start to establish reliability by trading a small amount of products and services, at a low price. Depending on his behavior, the new user goes up on the ranking. The more transactions are being performed, the more his credibility score rises. The system’s structure is like eBay but for terrorists and criminals. Buyers evaluate sellers and vice versa, depending on their credibility.

The transactions are being conducted through Bitcoins. The location of the users is extremely difficult and unlikely to be found. Users can remain anonymous if the login programs are being properly handled, which means that they can share very important information and make illegal business deals without  the fear of law enforcement.

The Internet exists in different layers. One, in which most of us are more familiar with, is the “Surface Web”, comprising content which search engines such as Google, is able to detect. In short, any part of the Internet which can be found by a simple search on Google, just like this website.

Then there’s the «Deep Web», which should not be confused with the Dark Web, which is although part of the Deep Web. The websites located in the Deep Web, are not accessible through search engines. Maybe we all have used the Deep Web without knowing the terminology. For example, a document with a colleague. There is thus nothing inherently illegal about Deep Web. Usually, however, the term is confused with the Dark web and the criminal activities that are developed there.

The Dark Web is not a place, but rather a process that aims at high web anonymity. Refers to websites covering the IP addresses of the servers, making it impossible to find the identity or location of users. That is, effectively invisible.

For those reasons, supporters and members of the terrorist group Islamic State (ISIS) use the Dark Web not only propagandize through video, pictures and declarations but also for communication with each other or with new jihadists on every side of the planet through a mobile application which is accessible for download only through the Dark Web.

In addition, through Dark Web the terrorist group is able to finance its “partners” – the other terrorist groups which have affiliated with the Islamic group in the Middle East and in Africa -carrying Bitcoins worldwide. In the same way the group can receive funding from its supporters.

Intelligence agencies and experts in security are aware of alleged members of terrorist organizations, including ISIS, exploring different ways of transferring money to militants operating in Western countries. A continuous flow of small amounts could be transferred instantaneously across multiple accounts used by members of the group worldwide.

On the Internet there is a PDF file written by a user under pseudonym which makes explicit references to black markets as the “Silk Road” – which has been recently closed – and other online black markets, explaining how it is possible to buy some weapons for the Mujahedeen.

The Dark Web is undoubtedly extremely useful tool for the illegal activities, but also has black spots. The content of the Dark Web is only accessible via a special software “Tor”, a user’s IP address encryption and packet traffic channels online through volunteer servers worldwide (onion routing). The “Tor” was launched as a product of the army, designed by the Office of Naval Research to offer sailors reliable means of communication.

Today, if there were a sudden increase in the use of “Tor” in a specific area or specific groups of people automatically becomes an indicator of increased activity of secret communication. Although, this has different effects depending on the time and place. For example, in June 2014, the Iraqi government banned the use of social networks Twitter and Facebook in the country, so the Tor usage was highly increased.

Many of the jihadists use “Tor” to enter the online black market and generally in forums in which they can have access to material and information by keeping their anonymity. So, there are terrorist websites of ISIS, which are not yet known, since there is no structure in the archived Dark Web. That, though, does not mean that there is no investigation. Last year a survey of the NSA showed that any user who attempts to download the Tor is automatically identified.

The fighters of the Islamic State are well trained to the new technology and representatives of the US government have recently warned about the Electronic War which is in progress against the Western world.

The Defense Advanced Research Projects Agency (DARPA) has made a significant effort to implement the Memex software, which can lift the anonymity of Tor users and identify them. Recently, the Agency presented the Memex which is designed to improve the surveys through archiving websites on the Deep Web. This software was originally designed for monitoring trafficking (human trafficking) in the Deep Web, but it is believed that the same process can be applied to any illegal activity and identify the number of sites and their content.

It will not be easy to displace the terrorist group “Islamic State” from the Deep Web, nor will mean the end of its existence, but it will be a very important step in the war against terrorism. It will also, reduce the amount of the new recruits and will significantly affect the funding of the group worldwide.