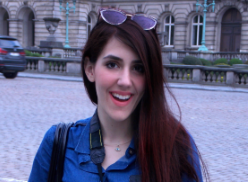 Can pain, which is a sensation, have any connection with a moral sentiment, a matter of opinion? Perhaps the rack may be considered as the refiner’s furnace.[…] The impression of pain, then, may increase to such a degree, that, occupying the mind entirely, it will compel the sufferer to use the shortest method of freeing himself from torment. His answer, therefore, will be an effect as necessary as that of fire or boiling water, and he will accuse himself of crimes of which he is innocent: so that the very means employed to distinguish the innocent from the guilty will most effectually destroy all difference between them.

A US Senate report published Tuesday, December 9 2011, deprecates CIA torture methods in the context of the “war against terrorism” after the attacks of 9/11. The parliamentary inquiry made twenty conclusions and a summary of about 500 expurgated pages revealing that CIA enhanced interrogation techniques “were not effective” and were “much worse” from what the spy agency had recognized so far.

Debates arose over whether “enhanced interrogation” violated U.S. anti-torture statutes or international laws such as the UN Convention against Torture. The Convention against Torture and Other Cruel, Inhuman or Degrading Treatment or Punishment (commonly known as the United Nations Convention against Torture) is an international treaty on human rights in the context of the United Nations review, which aims to prevent torture and other cruel, inhuman or degrading treatment or punishment throughout the world. The Convention requires states to take effective measures to prevent torture in any territory under its jurisdiction, and prohibits its members from transporting people in every country where there is reason to believe that they will be tortured. It’s clear that the legal framework prohibiting torture worldwide consolidates the prohibition of torture as an international norm of jus cogens and therefore it has to be accepted by the international community of states as a norm from which no derogation is permitted.

“Enhanced interrogation techniques” is the incarnation of the art of political doublespeak in the US authorized by officials of the George W. Bush administration. Methods used included binding in contorted stress positions, beating, hooding, subjection to deafening noise, sleep deprivation to the point of hallucination, deprivation of food, drink, and withholding medical care for wounds — as well as sexual humiliation, waterboarding, walling, subjection to extreme heat or extreme cold, confinement in small coffin-like boxes, and repeated slapping.
Barack Obama promised to rescind President George W. Bush’s controversial practices. After his election Obama’s order allows the CIA to detain prisoners on a “transitory basis”, the new law does not prohibit CIA detention and the amendment does not ban rendition, in which prisoners are sent abroad to be held and possibly tortured by foreign governments.
During the Cold War the CIA played the biggest role in counter-espionage ever, but still CIA’s role in the formation of US both internal and foreign policy is crucial and to some extent it seems that CIA’s officers and agents have created a lobby in the center of policy making, facing the central state as a cash cow in order to create more stations, acting secretly and misbehaving towards its assignor. Unskilled and uninformed agents are taking responsibility greater than their skills and competences. It is worth noting the so-called “Dirty Bomb” plot, in which the CIA considered plausible the instructions given to wanna be bomb-makers retrieved from a humorous magazine article (How to Make Your Own H-Bomb) . Examples of the incompetence of the staff and the sloppy action of CIA can be found also in the fact that psychologists played a double professional role, those of their specialization and those of the torturer, whilst the American Psychiatric Association simply relied on the complete ban on its members to be part of any interrogation torture, having in mind all the permanent consequences the EIT might have on physical and mental health of the suspects.

The U.S. Senate Select Committee on Intelligence came to the conclusion that the CIA’s claims about the dislocation of terrorist scenarios were “inaccurate” after studying the material provided. Also the inquiry demonstrated that all the information extracted from the suspects in the CIA stations, was previously given to FBI agents under traditional interrogation methods.

Today we come up against the concern of the future US and CIA torture policy in the light of the US presidential election. Trump, the republican nominee has embraced the torture technique multiple times having declared that he would like to expand the laws towards torture. On the other hand democratic presidential rival Hillary Clinton opposes Donald Trump and she carves out an exception for a ticking time bomb scenario. “In the event we were ever confronted with having to interrogate a detainee with knowledge of an imminent threat to millions of Americans, then the decision to depart from standard international practices must be made by the president,” she told the New York Daily News in 2007. Recently she supplemented her political guideline and she said that “One thing we know that does not work is offensive, inflammatory rhetoric that demonizes all Muslims,” adding, “Another thing we know that does not work, based on lots of empirical evidence, is torture” in order to correspond to an even more democratic profile.
Whoever is elected, the truth is that torture is a part of the US policy, already well-established as a form of interrogation since the golden era of cold war for the CIA, regardless of the political orientation and their pre-election statements, even though it is scientifically proven as ineffective. So what is the political stimulus of disciplines and tortures? To intimidate and to exemplify the cruelty towards the different and the presumable guilty? Violence, legitimate or not, hides personal violence from the scope of IR.

Beccaria, C. (1770). An essay on crimes and punisments [sic]. By the Marquis Beccaria of Milan. With a commentary, by M. de Voltaire. Glasgow: Printed for Robert Urie