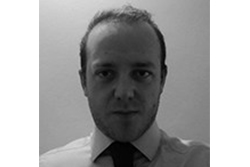 In 1999, the secretary-general of the U.N., Kofi Annan, felt emboldened enough to tell the General Assembly that their core challenge was to:
“forge unity behind the principle that massive and systematic violations of human rights- wherever they may take place- should not be allowed to stand….If states bent on criminal behaviour know that frontiers are not the absolute defense; if they know that the Security Council will take action to halt crimes against humanity, then they will not embark on such a course of action in expectation of sovereign immunity.”(Press Release 1999)