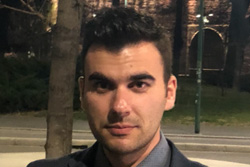 The much-discussed EU strategic compass for Security and Defence is expected to trigger rapid changes in how the European Union will tackle emerging challenges hereafter. As Josep Borrell highlighted “Europe must learn to speak the language of power. Over the next decade, we will make a quantum leap to become a more assertive and decisive security provider, better prepared to tackle present and future threats and challenges.”

The Compass provides a shared assessment of the strategic environment, brings greater coherence, common sense of purpose among the Member States and sets out new ways and means for them to improve collective ability to defend the security of the citizens and of the Union as a whole.

It builds upon the following four main pillars:

The first pillar (Act), which concerns us in this article, is related to the operational capacity of the European Union to act quickly and dynamically in any emerging crisis, either autonomously or in collaboration with other actors.

In order to achieve this, the European Union needs:

It will be the first time that defence initiatives will be financed directly by the European Union and the Rapid Deployment Capacity would most probably be financed by the European Peace Facility. Common exercises are due to begin in early 2023, while the force should be fully operational by 2025.

Albeit all these crucial developments are welcome and are definitely the right step towards further defence integration, they also pose severe questions concerning social and working rights of the men and women of the Armed Forces.

With the social dimension missing, how could it be ensured that all these workers in uniform will receive equal treatment in terms of fundamental human and social rights, safe and healthy working conditions, medical care, adequate – decent compensation and support – protection for their families?

The question that inevitably arises is: Who and how will inspire and influence decision makers to take the huge step and protect those who protect us?

Who: Τhe most important supporter of the military personnel at a European level is the European Organization of Military Associations and trade unions (EUROMIL). Founded in September 1972 as an umbrella organization for military associations in Europe, today it counts 33 member and observer associations from 20 European countries.

How: The first and most important goal of EUROMIL is the respect for, and application of, human rights and fundamental freedoms in, but also by, European armed forces. The second goal is the improvement of living and working conditions of military personnel, and the third one is the application and the correct implementation of social legislation, in particular EU social legislation for military personnel. EUROMIL facilitates the exchange of information, experiences and best practices among European soldiers and helps them establish regular social dialogue with national authorities. Last but not least, EUROMIL participates in all relevant European and international fora, promoting the idea of “citizen in uniform” and informing – influencing decision makers.

Following the above-mentioned reasoning, the answer is simple and brief.

Yes! The EU Strategic Compass document needs a social dimension. We, EUROMIL, believe that soldiers who train and work side by side should enjoy the same rights. In 2025, when the Strategic Compass is to be updated, we strongly advocate for the inclusion of the social dimension of military personnel in the revised Strategic Compass. In other words, the Strategic Compass is a very ambitious document that leads towards greater European defence integration but political will is essential in order for the Compass to be fully implemented. The advancement of European Defence and the fact that Member States are committing to it, creates a new momentum for military personnel and EUROMIL to advocate and promote the social pillar of the Armed Forces.