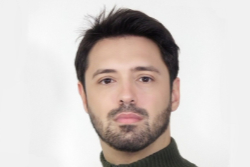 The results of the Italian national elections do not leave any doubt, there is only one winner and that is right-wing party Fratelli d’Italia (FdI) led by Giorgia Meloni. The numbers speak for themselves as FdI went from 4.35% at the 2018 general elections to a current 25.99% in the House of Representatives and from 4.26% in 2018 to a current 26.01% in the Senate. The two other parties that are in the right-wing coalition, Lega and Forza Italia, lost a significant number of votes that, most likely, went to Fratelli d’Italia.

There is no doubt that Lega and Forza Italia paid the price for supporting the outgoing Draghi government, side to side with Partito Democratico and the Five-Star Movement. Lega’s deputy-secretary, Lorenzo Fontana, clearly admitted it in an interview with Il Giornale: “We are paying for the support we gave to Draghi. We should have stayed out of it”.

Lega’s leader, Matteo Salvini, also admitted that the party’s consistent loss of consent is due to this reason, but he also claimed that “For Lega, being in government with Draghi, PD and the Five-Star Movement was not easy but I would do it again; it was the right thing to do when Italy was locked down because of Covid. However, it cost us, because it wasn’t easy with Lamorgese, Speranza, Giovannini”. Additionally, Salvini also said that if nine more months would have gone by before the elections (they were supposed to occur in mid-2023), it would have been a problem for Lega.

Salvini’s words cannot avoid arousing perplexity. First of all, his claim that “he would do it again” is not very beneficial to his party’s current situation and definitely not to himself as its leader; it is not a coincidence that Fontana said the exact opposite. Secondly, Salvini must not have realized that Lega already has a huge problem and that is obvious just by reading the numbers.

As to the Five-Star Movement, the result could have been much worse; their percentage is practically halved in both chambers compared to 2018. However, they were partially saved by votes achieved thanks to their “chevalle de bataille”, the controversial Citizen’s Income policy.

Fratelli d’Italia was the main force of opposition against the Draghi government and that’s why so many Italians decided to trust Giorgia Meloni and if she is the winner, the real loser is Mario Draghi, together with the parties that supported him, because despite all the propaganda perpetrated by the mainstream media with the objective of presenting Draghi as a “superman”, most people were fed up of a non-elected leader who is widely considered a man of the international financial establishment (and the recent ceremony in New York where he was awarded World Statesman Award and endorsed by Henry Kissinger did not help), a leader with a passion for Draconian rule, a disrespect for the Parliament and who left Italy’s economy in ruins.

There are plenty of elements that confirm this, for instance, the Azione/Italia Viva coalition that flaunted the so-called “Draghi agenda” (or Draghi program) didn’t even reach 8%. Partito Democratico, also a major supporter of the outgoing premier, reached 19.07% in the House of Representatives and 18.96% in the Senate and the party’s leadership is now in serious crisis.

This past July, the party Italia Viva tried to organize a few of pro-Draghi demonstrations, but the result was a total fiasco, with very few people joining (see the video of the demonstration in Turin here). In Milan the demonstrators were approximately 200, some waving the Ukrainian flag; something that made many people wonder if it was actually a pro-Zelensky demonstration.

On the other hand, the massive street demonstrations against the Draghi government, and specifically the ones against the compulsive vaccinations and the restrictions targeting those who refused to receive the shot, started in September of 2021 in many Italian cities and progressively grew in numbers. The police repression against these events was ferocious, as documented in many videos (for instance video 1, video 2, video 3, video 4). Indeed, these demonstrations were often not covered or diminished by the mainstream media and quickly labeled as “no-vax” by both, left-wing and right-wing media, with very few exceptions.

On October 18th 2021 Draghi’s government ordered the anti-riot police in Trieste to charge the workers of the city’s port who were on strike at their working facility and peacefully demonstrating against compulsive vaccinations and the health pass. The police beat everyone, regardless of women and the elderly. The tear gas thrown by the agents ended up inside a school and the charge was launched by a police officer gesticulating a Roman salute that recalls dark and sad times of Italy’s past. It is therefore bizarre to hear some of those who supported Draghi calling Giorgia Meloni a “fascist”.  The video of the officer waving his arm can be viewed here).

Such a violent response by the government was not appreciated by most people, just as they did not like the Draconian measures implemented in order to force people to vaccinate. Such measures severely damaged the Italian economy in a very sensitive phase when the country was trying to recover from the lockdown. With the introduction of the “super green pass” at the beginning of 2022, those who were unvaccinated could basically only go to supermarkets to buy food. This was not only a major violation of basic human rights, but it was also a heavy blow to the economy because the unvaccinated were many more than what the mainstream media claimed. Many bars and restaurants were placed in a position to reject customers who were not vaccinated (while still having to pay the bills), the same thing with public transportation and shops. Many people were prevented from going to work if they did not comply.

Giorgia Meloni spoke against these measures because they killed the economy; she stated that she will not introduce any restrictions or forced vaccinations and she will also establish a commission of inquiry on the work of the previous government in relation to how the pandemic was managed.

However, Fratelli d’Italia’s outstanding victory is also the result of massive illegal immigration coming from Africa. The outgoing government did absolutely nothing to stop it and the result can be seen in the disastrous conditions of many urban areas and the increasing crime rate. In touristic zones in Rome and Milan, there are illegal aliens living on the street, inside cardboard shacks, washing in public fountains. What’s the point of letting everyone in the country if there is no way to offer them a decent life?

Additonally, Italians are not happy with Draghi’s extreme position regarding Ukraine. Italy is a country that has always favored dialogue and diplomacy to resolve conflicts. Draghi totally distorted this historical imprint, forcing the country to take an unnatural warmongering position, sending millions of euros to Zelensky while Italy is in economic distress. Those who were against this position were immediately accused of being “pro-Putin”, but reality hits hard and the dizzying increases in the cost of electricity, gas and petrol will force the politicians to deal with it. Meloni clearly stated that she is pro-Ukraine, but hopefully that won’t imply destroying Italy’s economy and society to actively side with Zelensky.

In the meantime, it was interesting to see Ursula Von Der Leyen try to interfere in the Italian elections from a US university, by claiming that “If things go in a difficult direction, I’ve spoken about Hungary and Poland, we have tools”… However, if she hoped to stop Meloni’s rise to power, she achieved the exact opposite effect.

Some claim that nothing will change because Giorgia Meloni is part of the same establishment as the other parties that supported Draghi. Additionally, there are fears that the State’s administrative structure will sabotage her government and the EU will push it into a corner.

These are all legitimate concerns. Time will tell and the Italians will not have to wait long to find out. One thing is for sure, Giorgia Meloni now has a vast majority and there is no reason why she should not keep the promises she made during the electoral campaign. She has a very heavy responsibility in hand and she cannot afford to disappoint her voters.