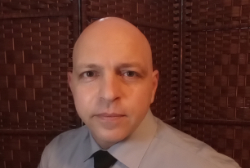 Russia’s invasion of Ukraine, an invasion that used peace as a weapon, has changed the European security landscape in many ways. First of all, it reminded everyone that the era of major conflicts between conventional forces is definitely not surpassed. Second of all, it resulted in one more global energy crisis leading to the endorsement of a new energy policy  (Annex A) that is going to affect not only the defense industry but the conduct of military operations as well. In addition to that, it facilitated NATO’s enlargement – as Finland and Sweden officially applied for NATO membership – and the adoption of a new “NATO Strategic Concept” (Annex B). Moreover, it brought together the European states in order to protect their democratic values and universal human rights, reflected in the Ukrainian people’s resistance against Russian aggression. As for the European Union is concerned, it led to the endorsement of the “Strategic Compass”, a strategic document that promoted cooperation between the EU and NATO, setting ambitious goals through a specific timeframe.