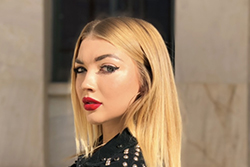 The COVID-19 outbreak has significantly impacted food safety, thus pointing out all the flaws that existed even before the outbreak. Global warming and hunger in third world countries coupled with the burden of pervasive lockdowns and resulted in a “shaky” food market. As soon as there was a wave of panic about stopping the spread of the virus, increased food shortages were noticed on the market, due to the restrictions imposed on logistics and social services. Consequently, access to fresh food has been restricted in many countries. Moreover, individuals involved in agricultural business have reported huge losses and difficulties in communicating with customers, especially in the context of international trade. The corona virus pandemic, in just one year of its duration, doubled the number of people affected by hunger for economic reasons as well. Poor populations, even in developing countries, suffer drastically from reduced incomes, with the result of poor nutritional quality. Lessons based on facts and actions taken during previous outbreaks, such as the H1N1 and Ebola outbreaks are particularly helpful lessons for the current governing prime ministers. Numerous overt collaborations between the governments of the affected countries can avert an economic and food crisis that can affect every citizen of the world.