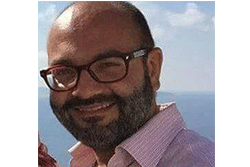 The Qatar crisis is transient but its consequences, especially for Turkey, will be extremely serious. Turkey already sent 5000 tonnes of foodstuff, in order to ease the embargo consequences. Additionally, they opened diplomatic channels with Gulf countries to try to act as a mediator.

Saudi Arabia has already begun deconstructing Erdogan and his government. Mass Media in Saudi Arabia, Kuwait and the UAE have already begun publishing articles and photographs linking the AKP with the Muslim Brotherhood, which they see as a “terrorist organization.” This deconstruction act was also accepted by the US and was actively shown by leaving Ankara out of Raqqa military operations.

While, Gulf countries and Egypt cut diplomatic ties with Qatar and imposing a land, sea and air blockade they respond with a joint military SOF exercise with USA in Al-Galayel area.  The U.S. has major military bases in Qatar but at the same time, it wants to maintain close ties with Saudi Arabia, especially after the recent gigantic arms deal package of more than $100 billion that could end up surpassing more than $300 billion over a decade, to help Saudi Arabia boost its defensive capabilities. Qatar’s Al Udeid Air Base hosts 11.000 American personnel and is one of Washington’s largest military bases in the Middle East.

But, how the Saudis can pull Qatar’s ear? Saudi Arabia, which supports and finances extreme Islam. Equally hypocritical politics are used by USA which turns a blind eye about Saud’s dark interconnections with Islamic terrorism from September 11, 2001 to today. This based on their “alliances”, of course, since the founding of the kingdom in the 1930’s.

But, if Al-Thani bonds to Turkish President Erdogan and Iranian President Rouhani, as predicted, that may further inflame regional tensions.

“Turkish diplomatic efforts with Riyadh would face challenges because Ankara and Riyadh would struggle to find common ground on the Muslim Brotherhood issue, since Erdogan’s party is perfectly aligned with Doha on it,” as stated by Eurasiagroup. Russia’s current lack of choosing a side in the 2017 Qatar crisis, mostly resides on the fact that has stakes in both Doha and Riyadh. Russian strategy has a more”free-will” style, as they do not force anyone of their partners to choose camp side.

Last night on July 6th, the Ultimatum set one month ago which regarded a list of 13 demands also including the closure of Arab TV channel Al Jazeera, by Saudi Arabia, UAE, Bahrain and Egypt has ended.

The UN, after this outcome has authorized their undersecretary general Jeffrey Feltman to meet with Qatar’s foreign affairs minister Sultan bin Saad Al Muraikhi in Doha. The UN expressed its concern about the continued blockade and also underlined that the UN supports the Kuwaiti mediation efforts to end the crisis.

The U.S.A., by the US State Department statement late on Thursday July 6th, said that US Secretary of State Rex Tillerson will be visiting Kuwait on Monday July 10th, to discuss efforts to resolve the crisis. US Secretary of State Mr. Tillerson would visit Kuwait following visits to Ukraine and Turkey where he is expected to meet Kuwaiti mediator officials.

British Prime Minister, Mrs. Theresa May has followed the lead of the previous leaders and established a telephone communication with Saudi Prince Mohammed bin Salman. She urged about de-escalating of the issue in the region and proceeds with dialogue.

The ongoing Qatar-Saudi crisis is expected to bring a series of political, economic and geopolitical adjustments not only in the Middle East. As already observed, Shipping and Aviation sectors are affected. Security and Risk consultants state that “VLCCs are being rerouted to avoid the Suez Canal. Tankers, also have to switch ports where they offload. These requirements are shaking up the shipping industry. Because of the restrictions, the logistics of moving products become more complicated. The same applies for aviation.”

Qatar is the 14th richest state-owned investment fund worldwide according to the Sovereign Wealth Fund Institute’s ranking and one of the largest investors in Europe starting from Germany, France and the United Kingdom to Russia and Turkey.

Below, there is a list of only some of Qatar’s International investments:

Most possibly, this crisis (artificial or not) will soon be overcome by Emir Thani’s change of politics or by “Emir’s own change”.

In a sense, we observe another tension between Sunni and Shiite Muslims. Major oil and LNG exporters are on the opposite sides also in the conflicts in Syria, Iraq and Yemen. These can tell a lot, to Geostrategic observers.