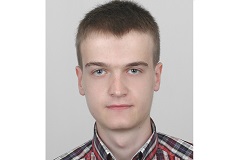 Two years after the 2015 elections and swearing-in of the Law and Justice cabinet we witnessed the first reshuffle in the Polish government. On 11 December 2017, M. Morawiecki, the minister of finances and economy, was appointed as a new prime minister and simultaneously continuator of the Law and Justice politics. He replaced B. Szydło on the position and is supposed to improve Polish image abroad, especially within the EU. There are also expectations that he will be able to prepare his party for the electoral period which will last next couple of years.

Morawiecki’s exposé, as most of such type of speeches, was full of high-flown declarations and promises. He announced, inter alia, the reconstruction of Polish industry, the Central Polish Airport project, fight against poverty, gradual growth in health care, protection of Polish properties, improvement of public utilities or housing program for young people. Most of commentators of the Polish public debate were indicating, that his address was non-specific and did not give any answer for numerous urgent problems. Most of the concerns, however, were raised regarding the attitude to the Polish position in the EU. Morawiecki’s speech did not address controversies around the Constitutional Tribunal, ongoing reform of the justice system, the situation of refugees or climate policy. Nonetheless it should be admitted that the new prime minister openly committed to abide to the European Court of Justice decision regarding logging in the Białowieża Forest.

Considering lack of cooperation between Polish government and the EU institutions, the European Commission announced the initiation of the Article 7 procedure. This unprecedented motion is supposed to review the rule of law in Poland. According to the Treaty on the European Union, the Council should state the risk of explicit violation of the fundamental Union’s values. In order to launch such process, there is a need to reach an agreement in both the Council and the European Parliament. The majority in the Council, which triggers the Article 7, amounts to 22 votes. Therefore, Poland needs to find six allies among all Member States. Besides Hungary, whose representatives openly accused the EU of “unlawful and shameless” decisions regarding Poland, we may expect that also Great Britain will resist from a strong statement taking into account its engagement in the Brexit proceedings. The question remains, whether Slovakia, Czech Republic, Lithuania, Latvia or Estonia will follow the regional solidarity this time. Thus far, T. May “expressed concern about the situation in Poland”, while Czech representatives “rely on the dialogue between Poland and the EU”.

The above mentioned proceedings are not tantamount to limitation of Poland’s rights in the EU. To achieve that, the European Commission will have to apply to the European Council for a “serious and continuous infringement of the EU principles”. However, such motion may be applicable only in case of unanimity. That is why F. Timmermans still declares his readiness for a dialogue and reaching an agreement. He reminded, however, that there will be no approval for a breach of independent judicial system. Therefore, in order to underline the European Commission’s position, there will be a motion to the European Court of Justice to impose financial penalty regarding recent amendments on the Polish 12 July Courts Act. According to the Commission, a situation where the Minister of Justice exercises discretionary decisions on the extending terms of the judges undermines the independence of the judiciary.

On the other hand, ruling Law and Justice party represents the opposite view to above claims. According to its representatives, Article 7 procedure is “a punishment for denying the compulsory Muslim refugee quota”. Besides that, the opposition parties are supposed to be responsible for the current state of affairs by “reporting and whistleblowing on their own country”.

The position of PM Morawiecki is more lenient, but he also opt for “necessary changes” in the Polish judiciary. On behalf of the Polish government he declared his commitment to the principle of the rule of law and expressed his openness to start honest dialogue. Moreover, according to Morawiecki, Poland is capable of combining its subjectivity with the idea of united Europe.

It seems that Polish representatives do not consider potential EU sanctions, especially taking into account the strong Hungarian objection. Does it mean that Poland should not expect any negative consequences in the light of recent events? There are three kinds of repercussions which might occur: short-, medium- and long-term. The first of them are connected with the current functioning within the EU, including lobbying for beneficial solutions in the adopted acts of the EU law. Polish assertiveness may result in the reduction of the coalition ability, especially considering EU decision-making system based on a compromise. One of the issues, which causes controversies within the EU and simultaneously concerns Polish side, is undoubtedly the law on posting of workers. Secondly, mid-term effects are connected with the new financial perspective for the period 2021-2027. It is already known that because of Brexit there will be less money in the EU budget. It will be European officials, at the end, who decide whether Poland meets all the necessary requirements for the EU support. Long-term effects, on the other hand, might result in the strategic deterioration of Poland’s position. It may lead to a division and development of a two-speed Europe.

On Tuesday, January 10th 2018, PM Morawiecki presented a major change in his government. He replaced nearly half of his cabinet, including the Minister for Foreign Affairs and the Minister of National Defense. The latter change was particularly surprising for most of analysts in Poland. Former minister M. Macierewicz was greatly engaged in the Smolensk investigation, which examines the 2010 air crash. That is why he gained a broad support through staunch proponents of Law and Justice party. His dismissal reflects a turn of Law and Justice policy towards a consolidation of moderate part of its electorate. It should also suggest a willingness to mitigate an attitude towards the European Union, regarding unflattering opinions of dismissed ministers. Besides, the new administration consists mostly of non-ideological experts and professionals, which may indicate an attempt to obtain more political independency of PM Morawiecki.

To sum up, in the next two years the new Polish government must face quite a few challenges, including these on the international level. The rigid sanction procedure might be falsely reassuring for the Polish representatives and may cause some irreversible damage on the European arena. Even today, the Venice Commission compared Polish rules of law to “Soviet model”. But in my opinion, we should be cautious with exaggerations of the current situation in Poland. Openness to dialogue and willingness to keep the European unity allow us to hope for an agreement and return on the path to solidarity.