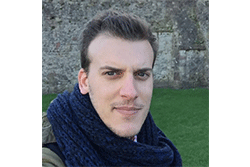 There is no doubt that the Manchester attack on May 22nd 2017, came to confirm that we have already entered into a dark as well as a pessimistic period concerning the nexus of international security. Acting on the occasion of the Manchester attack, I do approach two of the main pillars that reveal the way of thinking behind the British antiterrorism strategy.

The British discourse on the problem of radicalization, is circumscribed by a series of documents, which focus on the draw of the general antiterrorism policy rather than attempting to issue the problem itself. First of all, we will outline the British policy framework through document development in order to understand the way that British governments try to deal with the problem.

In 2003, the Home office, adopted a counterterrorism strategy, which is based on four main pillars, which are: “preventing terrorism”, “pursuing terrorists”, “protecting the public” and “preparing ‘the public’ for the consequences”[1] This four –pillar counterterrorist strategy which named “Contest”, included a long analysis about domestic terrorism and released in 2006 and subsequently amended two times in 2009 and 2011.  The first of the four pillars “preventing terrorism” or “Prevent”, lies in the problem of terrorist’s radicalization.  As we have already stressed, the term radicalization was transformed significantly after the 9/11 attacks and therefore the model that British government used about radicalization before 2006 is blurry. One year before, in 2005, a “three-tier” model was created in order to analyze the importance of connection between targets and the core of the Al Qaeda by the “Joint Terrorism Analysis Center”, which is part of British security services. However, this document did not developed in any public document and seemed to be neglected.  The milestone for the shift of the British government in relation with the conception of terrorist’s radicalization came as a consequence of 7/7 bombings.

Indeed, the 7/7 events mobilized quickly the British government in order to draw a more specific strategy about terrorism and the result was the 2006 “Countering International Terrorism” Contest. In this new pivotal document, the first strand clearly indicates the notion of Prevent, which now is “Preventing terrorism by tackling the radicalization of individuals”.[2]  The new conception about the doctrine of “Prevent” consists of three main tiers, which are: “Tackling disadvantage and supporting reform, Deterring those who facilitate terrorism and those who encourage others to become terrorists and Engaging in the battle of ideas”[3] . The corresponding “Contests” of 2009 and 2011 are based to 2006 document and subsequently analyze further the concept of radicalization.

As we mentioned, the first complete analysis of radicalization by the British government is reflected by the official document, which called Countering International Terrorism: The Great Britain’s Strategy.  It is worth to notice that the publication of the above paper came two months after the warning of Parliamentary Intelligence and Security Committee which in May 2006 had stated the following “across the whole of the counter-terrorism community the development of the home-grown threat and radicalism of British citizens were not fully understood or applied to strategic thinking.”[4] Ergo, we can cautiously claim that the July 2006 strategy was a type of response to the above challenge.

As we can read in the Countering International Terrorism paper, radicalization constitutes the first significant step, which could have the violence as a possible outcome. More exactly, the paper distinguishes the procedure of radicalization in a way similar to a pyramid model with three tiers. Thus, if we want to adapt the above to a corresponding pyramid model it could be as revealed by the next figure

Between 2006 and 2009, the British government evolved its ideas around the problem of radicalization. More exactly, there is a shift from external sectors like foreign policy and international dynamics to internal like the circumstances in the country itself. The new document concerning the counterterrorism strategy stresses in five “strategic factors” that have causal link with “violent extremism”. These factors have as follows: “Unresolved regional disputes and conflicts” in which applies the same concept with the 2006 paper, which superseded. “Violent extremist ideology associated with al Qaeda” which respects most governments in Muslim nations as ‘un-Islamic’ or renegade. “Modern Technologies” which give the opportunity to terrorists in order to conduct their propaganda. “Radicalization the process by which people come to support violent extremism and, in some cases, joins terrorist groups. Radicalization has a range of causes (including perceptions of our foreign policy), varying from one country and one organization to another”.[5]

As applied in the Countering International terrorism paper, the definition about radicalization does not include just the terrorists but people who help them. Moreover, if we deal with this definition, we also must consider that radicalization is inherent to violence. To put it in a more simple way, according to a research of the “Research, Information and Communications Unit (RICU)”, the greater part of the interviewees may dismiss the methods which are used by terrorists, however, they “sympathized with the causes allegedly espoused by terrorists and felt that their grievances were legitimate”.[6]  From the above research arises the following question: Are these people are being considered as radicalized or not?

Another pillar, in relation to the prevention is the doctrine of ‘promoting of share values’. This doctrine unfolded sufficiently by the former Prime Minister David Cameron on February 2011. During a security conference in Munich, the former Prime minister talked about radicalization and Islamic extremism.[7]  During this speech Cameron pointed out that Islamist extremism is a threat for the British society as well as for all Western societies. He also stressed on the issue that some of the attacks were carried out by Muslim British citizens, who find it hard to identify themselves with Britain, be integrated and feel that they belong in this country “some young Muslims feel rootless”.[8] He portrayed Islamist radicalism as the inverse of the western, liberal society and as a risk to national identity and cohesion. Thus, according to this speech, the problem seems to be the different values between ‘us and them’, given that the use of violence is barely mentioned. The proposed solution is that ‘young Muslims’ (in order not to be radicalized) should learn the British values and be integrated in the British society. Even if the British PM repeatedly stressed the difference between Islam and Islamist extremism, he still provoked strong reactions.

Indeed, the above pillar consists of two documents related to the prevention of violent extremism in universities and higher education colleges. More exactly the first document conceptualizes the goal as “promoting good campus relations, fostering shared values and preventing violent extremism in universities and higher education colleges”. The second, among others states that “totally key to this exertion [of empowering groups ‘to oppose radical impact and eliminate terrorism’ is our journey to build up our feeling of shared values: the values that tie groups together. These values have a place with everybody in Britain … it is totally important that organizations encapsulate these estimations of openness, free discussion and resistance”.[9] Therefore, we could claim from the above that a path, which was helpful in order to deal with terrorism, has upgraded to a necessity in order to face terrorism. Moreover, we understand that through this way, government’s willingness is to persuade young Muslims that to be radicalized does not mean necessarily that they must climb to the above tier of the pyramid. This is the crucial point from which the term radicalization becomes blurrier since it is opens to broader conceptions. On the other hand no one can guarantee that someone who has grown up in an environment of hate, can be a peaceful activist but not a terrorist. Therefore, the above sector seems to be more a placebo rather than a solution in a realistic way. Ergo, we could agree with Anthony Richards in the argue that “counterterrorism action ought to be constrained to intercessions where there is a reasonable, distinguished risk of gatherings or people experiencing radicalization to atrocities”.[10]

[6] Research, Information and Communications Unit, ‘Counterterror message testing’, March 2010, p. 3 [The eleven focus groups consisted of six or seven individuals each and included men and women aged between 18 and 55 from ‘a range of social and educational backgrounds’. The research   was completed in April 2008 and was carried out in Bradford, Birmingham and London]