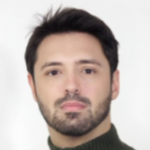 Bosnia and Kosovo seem to have the highest number of FF and they are also the two main countries with serious radicalization problems linked to strong networks of preachers that have been able to spread the jihadist propaganda, not only inside their countries, but also abroad.
For instance, Bilal Hussein Bosnic, former “el-Mudzahid” unit member during the Bosnian war (1992-1995) and currently on trial for propaganda and recruitment, became a prominent Salafi preacher and was invited far beyond the Bosnian borders, visiting Islamic centers in Austria, Belgium and Italy, where he was filmed and photographed in Pordenone, Bergamo, Cremona and Siena, all areas with strong Balkanic communities.
Bosnic is also accused of having a major role in the recruitment of Bosnian Ismar Mesinovic and “Macedonian” Munifer Karamaleski, who left Italy for Syria in 2013.
In an interview with the Italian press released in the summer of 2014, Bosnic had claimed that jihad would soon reach Rome and the Vatican and he declared to be in favor of ISIS.
It is well-known and documented that Bosnic had and still has a high number of followers in Bosnia and he is a major pillar in the network of jihadist and Salafi propaganda in the area.
Another interesting case is the one of Ibrahim Delic, also a former member of the “el-Mudzahid” unit, he was severely and permanently injured during the Bosnian conflict, but never gave up on propaganda.
In the unit he became a spiritual advisor for the jihadists and he decided to do the same in Syria for his fellow brothers fighting against Assad. His Syrian visit only lasted a few months though and when he returned to Bosnia he was put under trial for terrorism. Ibrahim Delic is a source of inspiration for many young Bosnian jihadists who do not have any hesitancy in posting photos of their idol on Facebook.
It is also possible to cite the case of Nusret Imamovic, also a member of the Bosnian Islamist militia in the ‘90s; he then became the “father” of Bosnian Salafism, forming an Islamist enclave in the Gornja Maoca area.
Unlike Bosnic and Delic, Nusret Imamovic sided with Jabhat al-Nusra and left for Syria in order to join them; his whereabouts are currently unknown and the Gornja Maoca is currently led by US-Bosnian Edis Bosnic (not a relative of Bilal).
Other well-known Salafist Bosnian preachers are Muhammad Fadil Porca, MIrsad Omerovic “Ebu Tejma”, both with strong links in Austria.
Ebu Tejma is suspected of having recruited dozens of jihadists including Samra Kesinovic and Sabina Selimovic, two young Austrian girls of Bosnian origin who disappeared in 2014.
In Bosnia new “dzemat” with a Salafi imprint have been detected and pointed out by several think tanks and media sites; the origin of the funds used to build and manage such places are still not fully clear.
As Uros Pena, deputy director of Bosnia’s Directorate for the Coordination of Police Bodies, says: “We don’t even know how big this problem of terrorism and radicalisation is.”

Kosovo also has a relevant problem with networks of radical preachers, with names such as Shukri Aliu, Rexhep Memishi, Zeqirja Qazimi, Shefqet Krasniqi, Mazllam Mazllami and Ridvan Haqifi (who appeared in the ISIS video for the Balkans, “Honor is Jihad” under the name Abu Muqatil al-Kosovi).
Preachers such as Memishi had a major role in the radicalization of Muslims in the nearby FYROM, preaching inside the Yahya Pasha mosque in Skopje and having a strong influence on the Albanian Muslims in the country. The permeable borders between Kosovo and FYROM have made it easy for the preachers to travel back and forth, with strong concern on behalf of the Christian community and the Sufi Bektashi in FYROM.
Another major problem in Kosovo is the presence of “training camps” such as “Kampet e Zeza” and the one runt three years ago by preacher Sead Bajraktar in the mounts near Rastelica.
Bajraktar has the role of imam in an Italian Islamic Center in Monteroni d’Arbia, near Siena, named “Rastelica”. The Center hosted Bilal Bosnic and Idriz Bilibani in 2012.
This rise of Salafi radicalism also has a consequence on local ethnic tensions; Jovan Palalic, vice-president of the Serbian Popular Party in Kosovo, has launched an alarm to an Italian newspaper, denouncing threats against Serbian Christian families in Kosovo.
Albania
Albania’s main jihadist organization was managed by Genci Balla and Bujar Hysa, two well-known Salafi preachers currently under trial, together with seven other “brothers” for Isis propaganda and recruitment.
Among the members of his network there is Almir Daci, who appeared in the Isis video “Honor is Jihad”, under the name “Abu Bilqis al-Albani”; Daci used to hold the role of imam in the mosque of Pogradec.
Albania’s main presence of Islamist hotbeds are registered in the suburban areas such as Cerrik, Librazhd, Elbasan, Pogradec but also in the suburbs of Tirana.
The official Islamic community KMSH has recently asked for the Government’s support as it is not able to control the formation of new Salafi mosques that are external to the KMSH. It is plausible that at the moment the “clandestine” mosques are approximately ninety.

The Internet as a mean of propaganda

Another major issue of concern is the use of websites, forums and social networks as tools for jihadist propaganda. Websites such as Putvjernika, Vijesti Ummeta, Islamsko Budenje, Xhamiambret and YouTube channels like Summah Rasullah and ehlisunetwel Dzemat; this last one shows videos of Bosnian preacher Safet Kuduzovic, who expressed solidarity for Bilal Bosnic in August 2014. On his Facebook profile an image of Pope Francis with the sign “kafir” (unbeliever) was also documented in June 2014.
Dr Fabian Zhilla, a cybercrime expert and professor at the Canadian Institute of Technology in Tirana, explained that “a significant number of young Albanians, mostly those with little religious knowledge, continue to access ISIS propaganda via popular social media networks such as Facebook”.
And again: “ISIS has made permanent efforts to spread a sort of propaganda online and their audience is mostly comprised of individuals supporting violent acts”.
It is also important to keep in mind that, throughout Europe, a small but fervent part of the diaspora from the countries cited above are also being targeted by Salafi and jihadist propaganda, as the European tours of Bilal Bosnic, Idriz Bilibani and some other preachers show. In addition, extremist Balkanic websites are also being visited from users living abroad. A phenomenon that consequently goes beyond the borders of the Balkans.
For instance, FF such as Ismar Mesinovic, Munifer Karamaleski, Elvir Avmedoski and Aldo Kobuzi were all recruited in Italy through Balkanic networks and recently the Italian authorities proceeded with the arrests of “Macedonian” Ahjan Veapi and Slovenian Rok Zavbija, both accused of international terrorism.

The elements cited above clearly show that the western Balkans do have a problem with radicalization and the alarm is launched by analysts from the area and working in the radicalization field.
For instance, Dr. Mimoza Xharo, a security expert and academic who has worked with the Albanian intelligence community for more than 20 years, believes that the scale of the problem is underestimated, noting that there was a peak in sharing violent extremist material via social networks immediately after the Paris attacks last November.
Dr. Goran Kovacevic, a professor at Sarajevo University’s criminal sciences faculty, revealed that: “until mid-2013, we had no idea people were going or planning to go, we just found out all of a sudden about 100 had left”.
Europe is an important target for ISIS and the Balkans are the “oriental door” to it; hence, it is important to deal with the quick radicalization of this area in the most serious way, with both preventive and repressive means, including the closure of all NGOs and organizations that have ties to radical Islamism and with a strong cut on financial flows fueling extremist activities. It is the only way to avoid a potential escalation of the fifth phase of the “Balkanic Spiral”, with foreign fighters heading back to their home countries and finding fertile ground for jihad in Europe.