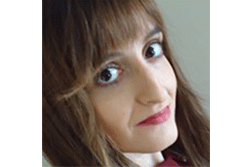 The refugee crisis is another illustration of the EU’s perpetual dilemma between supranationality and national sovereignty of the individual states. It has verified yet another time the inability of the Union to act collectively and transcend conflicting national interests. The lack of political will has transformed a fairly manageable humanitarian emergency into another political crisis, which tests the foundations of the EU. But what is the alternative to individual state responses to the influx of migration and how could the problem be handled on a uniform basis?
There is a twofold approach to the problem, covering the stages before and after the refugees’ arrival to Europe, since it has been proven that the measures already tried in order to stop the migrants from entering Europe have failed. The fences, the border controls, the Frontex operations, the deportations, not only do they not achieve their goals, but in many cases they also violate international laws and EU treaties, i.e. the Geneva Convention on refugee rights and the Schengen Agreement on free movement.
The fundamental solution to prevent migrants before they even leave their countries is the eradication of the factors that lead them to move, namely the civil wars and the uncertainty in their homelands. Moreover, they should be realistically informed about the conditions they will face in Europe, so that they do not expect the “promised land” and become disillusioned when they realise that this is not the case. Many refugees would prefer to stay in their region, if they knew that normality would be soon restored domestically and that the future awaiting them in Europe is not as ideal as they imagined. Let’s not forget, however, that these people are fleeing war. It is utopian, therefore, to expect them to stay put and show patience until the war is over. An effective alternative strategy to this end would be encouraging them to stay in the region, rather than move further away to Europe. Incentives should be given, not only to Turkey, but also to Jordan and Lebanon, which also accommodate large numbers of migrants, but do not benefit from European financial and political aid.
After their arrival to Europe, refugees should be proportionately distributed among member-states, so that the countries of first entry are not overly burdened. Nevertheless, the influx of migration is neither a Middle-Eastern, nor a European problem only. It is rather a phenomenon with global repercussions; as a result it ought to be dealt with globally. The UN should not only mediate the Syrian peace talks, but the relocation of the refugees should also be carried out under UN auspices. It is disappointing, for example, that fellow Arab countries, apart from Jordan and Lebanon, have refused to take in any refugees. Moreover, there is an urgent need for a unified EU asylum and migration policy, since the current situation of 28 different asylum systems frustrates the authorities. A uniform asylum system would also contribute to the eradication of smugglers networks, since the asylum application processes would be straightforward and could be initiated even before the refugees’ arrival to Europe. Thus, there would be no need for their illegal transportation.
As far as European societies are concerned, it is crucial to combat far-right extremism in order to vouchsafe the acceptance of the refugees into them. The fear in regard to the influx of refugees is rooted in Islam, birth rates, crime and the collapse of the social systems. The truth is, however, that even if the EU had to accept all four million Syrian refugees and even if they all were Muslims, which they are not, the percentage of Muslims in Europe would only rise from 4% to 5%, a change that does not transform Europe into a Muslim continent. Regarding birth rates, studies have shown that they adjust to the European standards, as living conditions and education levels rise. Furthermore, the majority of the Syrian refugees hold university degrees and experience has shown that educated immigrants tend to start businesses once they are integrated into European societies, bringing in more to the social systems than they extract. Thus, they are not a financial burden to the societies that accept them, nor do they need to turn to crime in order to survive.
It is obvious, therefore, that full integration of the refugees is required, in order for the economies of the reception countries to benefit from the labour of the refugees and help them support themselves on their own means, not depending on community budget, which has been estimated to amount to 15,000 euros per refugee annually, in order to provide housing, food, education and health services. At the same time, it is crucial to familiarise the population of the EU with the smooth functioning of multi-ethnic societies, so as to eradicate racism and xenophobia as well as manipulation from populist politicians.

Milanovic, B. (2016). Global Inequality: A New Approach for the Age of Globalization. Belknap Press.
Skidelsky, R. (2015). “The Agony and the Exodus” Project Syndicate.