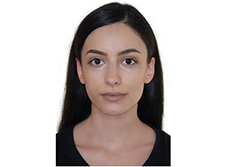 By adopting a neorealist approach to Eastern Mediterranean, this paper examines the geopolitical perspectives of the subregion. It argues that Turkey is the most critical and aggressive state of this subregion and the alliances and conflicts have taken place between the regional countries are significant. The biggest and most historical conflict is between Turkey and Greece, including Cyprus. Eastern Mediterranean, after the first marine zones delimitation agreements and researches of Cyprus, started to be a very important geopolitical spot in energy diplomacy and economic profits of exploitation. The pie of the region started to be shared and Turkey’s ambitions starting to multiply. The EastMed, the Turkish-Libyan pact and Greek-Egyptian EEZ partial delimitation were determined by the alliances and conflicts of nowadays.

*This research paper was written during the author’s internship at KEDISA (May-September 2020).