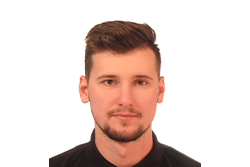 In 2011, a conflict began in Syria resulting in one of the largest resettlement refugee crises in history. Despite the passage of years, the conflict continues and has generated millions of refugees seeking shelter outside Syria. The situation in Syria has significant impact on all region, but also on the decisions taken by the decision-makers of the European Union. Therefore, the aim of analysis is to capture the current situation in Syria, the country of origin of the largest number of refugees, most of whom found shelter in Turkey. This influx of refugees has affected and continues to affect Turkey’s situation in many aspects. The article focuses on the economic aspect. More specifically, aims to answer the question: what impact on the economic situation of Turkey had the influx of Syrian refugees? Hence, for the needs of the analysis, a quick examination of Syria situation and Turkey – EU relations will take place.

*This research paper was written during the author’s internship at KEDISA (15 July 2019-15 September 2019). His internship took place as partial fulfillment of the MoU signed by KEDISA and the Polish Naval Academy in June 2019.