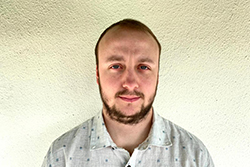 Tensions on Ukraine’s borders have escalated since last year when Russia began gathering more and more troops on Ukraine’s borders. NATO member states are also responding to the deteriorating situation, as they have also begun to move more military equipment to the eastern countries of the alliance, while other states are sending military material directly to Ukraine. On the weekend of February 12-13, there were reports that the Russian invasion could begin on Wednesday, February 16.

The first escalation of the situation on the border between Russia and Ukraine came as early as the spring of 2021 when the commander-in-chief of the Ukrainian army announced that Russia was concentrating military units on its country’s borders. His words were later confirmed by the US Department of Defense. According to the Pentagon, there were more troops at the Ukrainian border in April 2021 than in 2014 before the Russian annexation of Crimea. Tensions started rising again in the last few months of 2021 and reached their peak in February of this year and many countries called on their citizens to leave Ukraine immediately.

The new Czech five-party coalition government seems to be united in their foreign policy. The government is closely cooperating with its partners in NATO and the EU. Prime Minister Petr Fiala (ODS) as well as the Minister of Foreign Affairs Jan Lipavsky (Pirate Party), and therefore the entire government of the Czech Republic, is pushing for a diplomatic way of resolving the situation. At the same time, it supports the sovereignty of Ukraine and has procedures in place for different scenarios. Fiala’s government responded to a January request from the Ukrainian cabinet for a material donation to the Ukrainian armed forces. They should receive four thousand pieces of artillery shells calibre 152 mm. The Czech army has a sufficient amount of artillery ammunition. In addition, it is preparing to be converted to NATO 155 mm cannons.

The Minister of Foreign Affairs Jan Lipavský also visited Ukraine on February 7 and 8, thus expressing his support for the country. He was joined by his Slovak and Austrian counterparts as he visited the line of contact in the east of Ukraine. This joint gesture by the Austerlitz Format (loose cooperation between the Czech Republic, Slovakia and Austria) showed another subject, that the Visegrad group cannot agree on. The attitudes of the two most visible countries of the Visegrad, Poland and Hungary, are at opposite ends on this question. While Poland, along with the United States and the United Kingdom, is one of Ukraine’s most active allies, Orbán‘s Hungary is too close to Putin‘s Russia. At the height of the crisis (1st February), Viktor Orbán personally came to Moscow to support Vladimir Putin.

On the other hand Czech prime minister mentioned that the escalation of the conflict would have an impact on the security and energy situation. “We support Ukraine and we are trying to ensure that the situation is resolved by peaceful means, through diplomatic means,” said Petr Fiala (ODS). “It is also important to show that Ukraine has allies and supporters who are ready to help it. There is a clear consensus on this after our government’s deliberations,” the prime minister added. The vice-president of the ANO opposition party, Alena Schillerová, called for maximum restraint so that the events would not be jeopardized by careless statements. She also said that it is essential to cooperate with NATO allies and called for diplomatic means should be used to the maximum in order to avoid an armed conflict. According to her, ANO would proceed in a similar way, were they in the government.

The president of the Czech Republic has been unusually quiet. Zeman last appeared in public on the 6th of February. He said he did not share fears of possible Russian aggression against Ukraine. Zeman told CNN Prima News that he currently considers the current tension to be a war of words on both sides and would like it to remain so. According to him, the Russians are “not crazy” and an attack on Ukraine would not be beneficial for them. He also said that he would not support the deployment of NATO troops on the Alliance’s eastern border, since Ukraine is not a member of NATO.

For the Czech Republic and the whole of Europe, the outcome of this stalemate is extremely important. In the Czech Republic, there is quite a unanimous stance on the issue with the slight exception of president Zeman. The government as well as the opposition believe that EU and NATO cooperation is crucial. They are also pushing for diplomatic resolution and believe that all-out war would not be beneficial to anyone. The new government, in the spirit of its coalition program, is looking for an adequate substitution to its quarrelsome Visegrad Group.