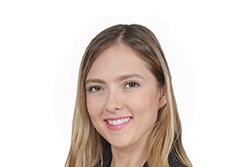 A master theorist of war, author of the treatise Vom Kriege and perhaps one of the most respected classics on the strategic thought, Carl von Clausewitz (1780-1831), was the first to study warfare as a full-spectrum social phenomenon and to situate it on a solid philosophical basis. The Prussian General, acclaimed as the military figure with the greatest influence on strategic issues (Horwath, 2006), is righteously considered to be the founder of the principles for conducting war. Clausewitz formulates his perspectives in the well-known 1832 book “On War”, where instead of writing a plain manual of military strategic instructions, he introduces an all-embracing analysis of the fundamental nature of warfare determining its purpose, types, and form. The book encapsulates his view of war as a rationalist tool of national state policy, an instrument that aims to achieve specific objective goals set by the political leadership.