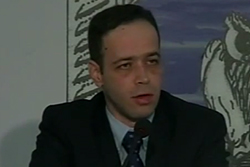 By Ioannis Michaletos, Security Analyst
Several points of interest on the recent terrorist attack in France

• Latest news from the international media, based on security “leaks” point out that Belgium citizen “Abdelhamid Abaaoud” is the “mastermind” in the recent attacks in Paris. This seems unlikely taking into account that himself was a petty criminal, with a track record being in the sidelines of society, lack of discipline and had no leading staff position in ISIS-apart from being used as a propagator for EU “volunteers” and having a narcissist profile. Attacks such as the ones in France are well-coordinated and resemble a clear-cut paramilitary modus operandi which needs a relevant mastermind to coordinate it in place. Of course Abaaoud may be responsible for recruiting and persuading the suicide bombers or having any other crucial role in the attack.

• Moreover it is very important to lay down possible causes for the inability of the authorities to track down the operatives or have any sort of preparation. Over the past decade or so, French organizations as well as many other international intelligence authorities, have placed paramount importance into mass electronic surveillance and have neglected HUMINT. Jihadists and especially those that can mastermind and organize such an attack like the recent one obviously are operating in a clandestine fashion without using telecommunications, or the internet. There are many established techniques which are used since antiquity by which groups of people can communicate untraced within and throughout different countries. Most likely that is the scenario in this case as well. Furthermore it is not unlikely to assume that Jihadists are using “specially designed self-made targets”, in order to attract security agencies attention and waste time and money of the latter. Diversion and deception are core realities in modern day war with terrorism

• The lack of reliable HUMINT in the ranks of the communities that are prone to radicalization is a major factor for failures in countering terrorist groups. Of course electronic surveillance is “big business “nowadays worth tens of billions of Dollars per annum, enabling even corrupted relations between multinationals-politicians and security officials, while it provides the public the assurance that “all is being watched thus nobody can hurt”. Unfortunately recent history proves that there is indeed a waste of capital on an unprecedented scale.

HUMINT of course has its drawbacks. It extremely difficult of infiltrating communities of interest, it takes years and hard work to train and to actually find operatives that can do this task, plus politicians all over the world are always fearful that career-intelligence personnel should be carefully monitored and not allowed to expand their reach into recruiting-during the course of their career- many high level sources. This would enable any intelligence or security officer in simple terms to attain political influence, especially in geographical areas of sensitivity, i.e. Middle East. Electronic surveillance on the other hand is of more technocratic nature and could be over sighted easier by the political class in charge. Of course there is much more into it.

• Jihadists in Europe have obviously managed to gradually and carefully to establish logistic support. They actually do say it openly through their online glossy publication “Dabiq” where most countries in Europe are named having bases, networks or hubs. Concurrently a rather recent poll in France revealed that 16% of the local Muslims (numbering 5 million) are in favor of ISIS. If we take into account that these were the ones brave enough to declare it publicly, then actual numbers maybe much more and that presents a crucial mass of people that potentially could be used in providing all kinds of support to operatives and their affiliates.

• In France and other EU states, Islamic communities are extremely marginalized, secluded from the rest of the country and have become a hotbed for extremist action that usually leads some of its members to terrorism. If we take into account that a geographical region from the English Midlands to North of France and the Low Countries, up to the Rhine and North Italy, ending up in Austria encompasses 150 million people living in an urban area of great intercommunication and traffic, then a greater issue arises. These marginalized communities are now in contact between them and facilitate the everyday creation of many interpersonal relations that cannot be possibly stopped or monitored. The “ghettos” in Paris are in effect merging with those in Brussels and in Milan and so on.

• In previous attacks by Jihadists, such as in Madrid in 2004, it was shown that European societies are prone into submitting to the demands of political nature posed by the terrorists. At that time it was the exit of Spain from the Iraqi war, whilst in 2015, as far as France is concerned it is about its involvement in the fight against ISIS. Also Russia was hit for the same aim, and the terrorists place importance in using the public opinion against the respective governments betting on fear and insecurity in order to attain practical political gains.

• Intelligence agencies often use “double agents” a method that has a lot of drawbacks because it is extremely difficult to verify if those are still terrorists or not and in many cases they actually “fooled” the authorities by double crossing them and were assisting the terrorists all along.

• Knowing the enemy and not underestimating should have been the core of any anti-terrorist action. In many instances Jihadists are mainly profiled as deranged personalities, which of course it is true by itself. Nevertheless they are also capable guerillas, some of those having extensive battle field experience, special operations training, they are cunning and audacious. There are plenty of educated, multilingual and talented Jihadists that can infiltrate foreign societies and plan terrorist operations. At the same time, terrorist camps in Syria, Iraq, Yemen, Nigeria, Afghanistan, Libya and elsewhere, train new recruits every now and then and send them across the world. In fact there are literally thousands of new soldiers coming out of these installations yearly.

• The mentality of a Jihadist is completely different from those of the rest of society. They have a unique belief that the time and space between the 7th century and the 21st one are of universal nature without being able to identify a progressive notion of humanity. Their religious fanaticism provides them in many instances with the advantage of being able to fulfill their terrorist mission in adverse environment-morale is crucial for every war.

• The Islamic and Arabic world has a very rich tradition regarding subverting and clandestine societies as well as terrorist groups since the middle ages. Furthermore the post-war “secular” terrorist groups in the Middle East that were supported by East bloc countries have largely been assimilated to modern day Jihadists, transferring with them extensive know-how, such as the case of Baathist Iraqi officers who are now organizing ISIS operations in Syria/Iraq.

• The European “useful idiots”, such as extremist political groups (that assume they are fighting the system), criminals (that seek profit) and charities (with an infant understanding of world politics) are often been used for attaining information, for infiltration and cover by the Jihadist support networks. In the European open societies the Jihadists have plenty of options when wanting to subvert the local system by first and foremost trying to blend themselves by using local collaborators.
It can be safely estimated that new violent attacks would occur and the intelligence/security system in the European countries should also have to achieve an overhaul of its modus opperandi, since the current threat is extensive, evolving fast and is deadly serious in its war against modern societies.