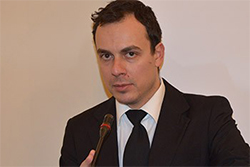 At the dawn of the 21st century, several scholars and policymakers contend that a new type of security threat has surfaced: the “hybrid menace”. According to this school of thought, a hybrid threat essentially amounts to the “diverse and dynamic combination of regular forces, irregular forces and/or criminal elements all unified to achieve mutually benefiting effects”.[1] The term first appeared in academia in 2006 after the short war between Hezbollah and Israel and acquired far more popularity after the swift takeover of Crimea by Russia in early 2014.

More recently, the Islamic State, this transnational jihadist movement, has been labeled as a “hybrid threat”.[2] The peculiar characteristics of the modus operandi and character of this jihadist group seem to validate this designation. The Islamic State currently controls vast swathes of territory in Iraq and Syria; in fact, the jihadists in early 2015 occupied almost one-third of Syria. The caliph, the leader of the Islamic State, rules over these territories with an iron fist as the head of a “quasi-state” that regulates every aspect of the public and private sphere of its “subjects” – from taxation and food to marriage. However, at the same time, the Islamic State endeavors to establish a caliphate for all the Muslims in the historical lands of Islam (Dar al-Islam) – from the Indian Subcontinent to the Maghreb and even Spain. Therefore, the Islamic State has infiltrated several countries and even established tight footholds in two failed states – Libya and Afghanistan. This simultaneous and untroubled behavior of the Islamic State as a quasi-state apparatus in one country (Iraq and Syria) and as a transnational jihadist movement in another (Libya and Afghanistan) justifies the designation of the former as a hybrid threat according to the partisans of this school of thought. The modus operandi of these jihadists also validates the theories of the aforementioned scholars. The Islamic State employs regular and irregular tactics and deploys regular and irregular troops (depending on the operational circumstances) with an astonishing flexibility and mobility. These jihadists even possess chemical weapons – which they used more than once in the past – and strive to create an operational air force in Iraq outside Mosul.

However, a closer inspection of the character and modus operandi of the Islamic State reveals that this jihadist movement does not warrant such a characterization. In essence, the Islamic State constitutes the outcome of an evolutionary process that started almost a decade ago in Iraq. The Islamic State’s origins can be traced back to the invasion and occupation of Iraq in the first decade of the 21th century by the USA. As a mere branch of the Al Qaeda in Iraq, the initial organization functioned as a jihadist terrorist group which was hunted down by the US army to extinction in 2013. The surviving cells of this terrorist group realized that only the radical transformation of this group from a puny terrorist group into a mass armed movement would in effect secure their survival and, subsequently, success. Therefore, the former terrorist group methodically transmuted into a powerful insurgent organization that campaigned violently for the rights of the Sunni Muslims who where oppressed by the (majority) Shia Muslims in Iraq. While Iraq relapsed to chaos and sectarian violence after 2013, the Islamic State concluded alliances with the leading members of the overthrown Ba’ath regime and the warlike Sunni tribes in central Iraq and eastern Syria. In early 2014, the Islamic State captured several large towns in central Iraq (Fallujah and, partly, Ramadi) and seized control of several others from its erstwhile jihadist allies in eastern Syria (Raqqa); in mid-2014, the Islamic State unleashed a blitzkrieg in northern and central Iraq that culminated with the impressive capture of Mosul and the advance all the way up to the gates of Baghdad in central Iraq and Erbil in northern Iraq. Though several scholars characterized the capture and subsequent administration  of the captured territories as evidence of the hybrid nature of this movement, the Islamic State remains in fact an insurgent organization – albeit with far greater power than in previous years.

Mao, the warrior-scholar of guerrilla warfare par excellence, identified three inter-related stages in an insurgency: the “strategic defensive, the stalemate and the strategic offensive”. In the opening phase, the insurgents adopt a strategy of exhaustion; in the second phase, the insurgents apply a strategy of attrition; only after developing the necessary military capabilities for a conventional war can the insurgents adopt a strategy of annihilation.[3] This exactly occurred and still transpires in Syria and Iraq. The transition of the Islamic State from an irregular to a regular modus operandi and the construction of a quasi-state apparatus in occupying territories constitute an integral element of the strategy of insurgent organizations from the Taliban in Afghanistan to the Kurds in Syria. The simultaneous operation of the Islamic State in various parts of Africa and Asia do not justify the characterization of this group as a hybrid threat. Al Qaeda, the parental organization of the Islamic State, has been operating as a transnational terrorist group for years throughout the world; Al Qaeda even controls territory in Yemen just like the Islamic State in Libya, Iraq and elsewhere. Why has Al Qaeda not been designated a hybrid threat as the Islamic State despite the fact that the former conforms to the classification criteria? As explained previously, neither of these groups deserves such a classification: Al Qaeda amounts to a terrorist group and the Islamic State to an insurgent organization that recently effectuated a transition to regular modus operandi.

There lies the key to victory over the Islamic State. An insurgency tends to be triggered by grievances of the (local) people and fuelled by mass violence by the counter-insurgents against the former. Only if a state authority redresses the grievances of the local population will the popular support for the insurgents recede; and without substantial popular support, the insurgency dies out. The Islamic State draws support primarily from the Sunni Muslims of Syria and Iraq who have suffered oppression at the hands of the Shia central governments in Damascus and Baghdad. Only when the demands of the Sunni Muslims in Syria and Iraq are addressed will the popularity and legitimacy of the Islamic State in the Fertile Crescent decrease drastically. And if the power of the Islamic State in Syria and Iraq diminishes dramatically, its various “local branches” in Libya, Afghanistan and elsewhere will die out or simply dissipate.