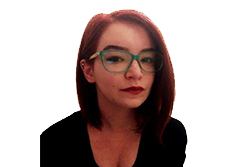 Do elections add or not to Iran’s problem reservoir?

This is the keynote enigma this analysis attempts to clarify. Where upon trying to understand the evolution and power of a Middle East’s state, one should always consider that the factors acting in each country are sundry. Iran consequently, has a lot on its plate for the time being and therefore makes an intriguing case study. The list of issues and arguments under consideration is long: the nuclear deal, the lift of the embargo and its outcome of a new commercial status, the involvement in Syrian Crisis, Iran’s bilateral relations with its neighbors and the rest of the world. It is after all significant for everyone to keep in mind that its official religion is Shia Islam, which is only one of the reasons why Iran has tense relations with its neighbors and the rest of the Sunni Arabic world. From all of the above it is essential to focus more on the nuclear deal’s outcome and the recent elections this month for several reasons and most importantly because it seems as if, for right now, there is another historical turn in the Iranian history and political scene. From ballot box’s findings, may a new era begin for Iran.

A glance at Iran and the nuclear deal

Initially, Iran presents a crucial player and stands in an exceptional position in the South West Asia. As one of the biggest countries in the Middle East, with a population of over 75 million people, Iran has a huge history from the Persian times until today with extraordinary highlights, such as the fall of the last Shah and the Islamic Revolution. Where the country stands in the international system and what Iran represents, has a great impact on the Middle East’s power equilibrium and the whole world’s as well.

A bit of recent history at this point, is valuable. Iran, since 1984, is considered to be a “state sponsor of terrorism”. Countries which are thought to be sponsors of terrorism are included in a list, which is published by the United States Department of State. This inventory encloses all the states that are considered to be a threat to the international security based on illegal and terrorist actions, which have been repeatedly confirmed. Iran has been accused of several terrorist- activities, including relations with Palestinian terrorist groups and Hezbollah, a Shi’a Islamist militant group and political party based in Lebanon. Adding to these major factors stated above, Iran’s controversial nuclear program was accused of being illegal and against International Law, making the country look even more dangerous to the public eye. It was thought that, by moving on with the nuclear program, Iran continued to violate its international obligations. As a counter action an embargo was put on Iran.

It is of note for everyone to fathom at this point that Iran was an isolated country until the year 2015. With the embargo having lasted for many years, the consequences were plentiful and Iran had no commercial exchange with the western world. After a plethora of discussions, Iran made the summer of 2015 the landmark nuclear deal with the P5 + 1. Teheran’s program was limited and the commercial and financial embargo was lifted. The country was now ready to fully rejoin the community of nations. President Hassan Rouhani had succeeded in pushing an opening to the rest of the world, at least economically.

Naturally not every enmeshed party was content with the deal. From the Iranian side conservatives did not share Rouhani’s vision. Hardliners, to put it in simple words, wanted no deal and no relations with the USA and the western world’s ways or any friendly movements towards them. Their opposition was strong and made public politics even tenser and less united.  One the other hand, many critics supported that Obama’s decision to proceed further with negotiations and make the deal was in fact a huge political gamble. It was considered and expressed as a prominent risk for which the USA had given up too much to achieve.

It is stated as simply as possible that the deal was not enough for domestic and international exuberance.  This month’s elections would indicate whether Iran was ready to move indeed forward with a change, ratifying in a way the nuclear deal and its positive outcomes, or whether the beliefs of the wide conservative-hardliners party were routed once and maybe for all the people. It is therefore a broadly acceptable and understandable fact that these polls were indeed a key test with the results designating the possible future of the country.

Iran held in fact two elections: One for the Majlis, videlicet, the Parliament and one for the Assembly of experts, namely, the clerical body which selects the next supreme leader of the country. These elections were, too, as the ones back in 2009, accused of opacity. Due to the fact that many moderates were disqualified by the Guardian Council for no profound reason before the voting, many raised ethical issues. Howbeit the odds and assumptions conservatives lost their solid control in the Parliament and moderates indeed achieved the win. Rouhani urged for a pragmatic -centric parliament, so that he could continue his politics as he wanted with the ratified support of the voters. As it turns out, he has in fact achieved this particular goal.

Before analyzing the result furthermore, one should take under consideration that Iranian politics cannot be understood as plainly as that. The political system is complex and indirect, as mingled are the combatant parties and the voters’ beliefs. The generalizations do not apply in a country as massive as Iran, at least not anymore, with a multicultural background and a young generation that wants to step in. It is a mistake to think that the opponent parties can be narrowed to “hardliners” versus “moderates”, with their voters being separated in the same way. There are mixed and different factors who lead voters to vote as they do. Their economic status for one, along with the economy of their country play a huge part, but also do job opportunities, water management, housing issues, regional and local factors. Last but not least, outstanding is the fact that this year over 34 million people voted, showing extraordinary determination, many of whom were women, adding a different aspect and view to the result, along with the other young voters, who foresee an alternative future for themselves.

The aftermath signifies that the Iranian elections were a huge success and a boon for the ones wanting a political swing. The optimistic aspirations of those in favor of the nuclear deal were confirmed and the political risk the western states had to take was erased. A declaration of a new era for the country with fewer tensions with the USA and Europe and an opportunity for economic and financial amelioration seems to be a realistic achievement to expect. On a positive perspective, near future will boost Iranian private sector, attract foreign investments more easily to the country and it will give Iran the chance to take advantage of its oil and grow effectively on commercial scale. The impact of the elections’ result will be similarly obvious on a geopolitical level. Iran can now alternate the power equilibrium in the Middle East and reemerge its power in the Southwest Asia and attempt an “integration” with Europe and even China. After all, a settlement and less tension with their neighbors, was what many of the voters demanded when they decided to go to the polls. Setting aside these constituents mentioned above, Iranians wanted a general betterment of their everyday lives, as well. From housing to technology, the result not only gives green light to Rouhani’s vision but also offers hope to the people for a surpassing tomorrow.

All these aspirations are neither utopian nor unachievable. But it is important for everyone to keep in mind that a radical change in Iran, with, let’s say, a more western look alike foreign policy, will take time and it is something that has to be done slowly. Voters may have showed that they want to make a difference to their country and this is one of the reasons why some of the best-known conservatives were defeated, but it is going to take more than that to get real results. It is of great importance also that the impact which the Assembly of Experts may have on Iranian politics, will not be observed just yet, at least not until the council deals with the delicate issue of Khamenei’s succession.

Bremmer, I. (2016). The Nuclear Deal Pays Off In Iran’s Elections. TIME.com. Retrieved from http://time.com/4246082/the-nuclear-deal-pays-off-in-irans-elections/

Why the Iranian elections were a huge success. (2016). RT International. Retrieved from https://www.rt.com/op-edge/334286-iranian-elections-huge-escobar/