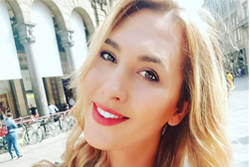 The Foundation Sheikh Thani Ibn Abdullah for Humanitarian Services (RAF) is a Qatari foundation established by al-Thani family. If officially RAF is active in the fields of education, health care and medical assistance, and supports international efforts to meet the basic needs of people throughout the world, there are many evidences that the Doha based organization is engaged in terrorism.  Despite noble facade purposes, the Sheikh Thani bin Abdullah Foundation for Humanitarian Services was blacklisted by Saudi Arabia, UAE, Egypt, and Bahrain in 2017.

RAF has been active in locations controlled by groups widely considered to be terrorists. Has committed millions of dollars towards multiple projects in Gaza, controlled by Hamas since 2007. Has subsidized million dollars projects in Idlib, in Syria, since the governate fell into the hands of opposition forces. Ahrar al-Sham, the Army of Conquest, and al-Qaeda affiliated Jabhat al-Nusra were all operating in Idlib during the time of RAF’s work. In late 2014, the Telegraph reported that designated al-Nusra fundraiser Shafi al-Ajmi asked donors to send their funds to RAF. Arifi also reportedly appeared at a RAF-sponsored Ramadan festival “honouring a number of hardliners and extremists”. (https://www.telegraph.co.uk/news/worldnews/middleeast/qatar/11125897/The-Club-Med-for-terrorists.html)

In 2017 “The Times of Israel” reported a mass food poisoning at a camp for the displaced near the northern city of Mosul killed at least two people and sickened over 700. A woman and a girl died and at least 200 people were rushed from the desert tent camp to hospitals in the nearby city of Irbil. The food was meant for an iftar, a meal with which Muslims break their dawn-to-dusk fasting during the holy month of Ramadan. The food was distributed by the Doha based RAF foundation and prepared in an Irbil restaurant by a local NGO, Ain el Muhtajeen, under a donation by RAF. (https://www.timesofisrael.com/mass-food-poisoning-kills-2-sickens-800-at-iraqi-refugee-camp/)

The Foundation is linked to the Turkish Red Crescent in supporting extremists and terrorist in Syria with money and weapons under the cover of humanitarian aid. Turkish pro-government IHH Humanitarian Relief Foundation and RAF opened a vast centre dedicated to housing and educating Daesh orphans from war-torn in in the south-eastern border town of Reyhanli in Syria. The town lies on the main road between İskenderun and Aleppo in Syria. There is a border crossing point to Bab al-Hawa in Syria at Cilvegözü, 5 kilometres south east of Reyhanlı town, which is the busiest land border post between Turkey and Syria, crossed by thousands foreign fighters who joined Isis with the complicity of Turkish authorities. The Doha based organizations Foundation also has suspicious roles in Sudan, where the amount of spending in Sudan reached $37 million, and it went to fighters in Darfur belonging to terrorist groups that are driven by Muslim Brotherhood. The first phase of the Save a Life Initiative (SALI) was initiated in November 2015 with the installation of numerous portable clinics in Sudan to heal wounded fighters.

RAF is also suspected to hosts supporters of Al Qaeda and facilitates their activities to collect money. One of the billionaire sponsors of the Doha based organization is Khalifa Muhammad Turki al-Subaie, who has been sanctioned by the US and the UN since 2008 for providing financial support to Al- Qaida, including to Khalid Sheikh Mohammed (KSM), the mastermind of the 11 September attacks against the United States. Based in Qatar, Al-Subaie continued his activities in support of Al-Qaida despite his 2008 designation. For example, in mid-2012 Al-Subaie sent hundreds of thousands of dollars and euros to Al-Qaida in Pakistan, according to the US Department of the Treasury. In 2013, Khalifa Al-Subaie aided fundraising initiatives led by US- and UN-designated Qatari financiers of Nusra Front Saad bin Saad Al-Kabi and Abd Al-Latif bin Abdullah Al-Kawari. Al-Subaie also appeared in a May 2013 fundraising video that solicited donations for Syrian jihadist groups. In 2013 and 2014, he solicited support for fundraising initiatives for Syrian militants led by UN- and US-sanctioned Al-Qaida facilitator Abdallah Mohammad bin Sulayman Al-Muhaysini. It’s interesting that Al-Subaie previously worked in Qatar’s Central Bank, according to local media reports. RAF funded Al-Nusra Front with an amount of approximately $130 million, confirming that humanitarian aid provided by this organization is just a cover the Qatari funding for terrorist activities.

Nusra Front facilitator Mohammed Jassim al-Sulaiti was also identified as a member of the RAF Foundation delegation led by RAF’s General Manager. Nabil al-Awadhy, a fundraising partner of US and UN sanctioned al-Qaida financier Shafi bin Sultan al-Ajmi, has sponsored and supervised RAF Foundation campaigns and participated in multiple events organized by RAF. Wagdy Ghoneim, a fundraising associate of UN- and US-sanctioned Al-Qaida facilitators Saad bin Saad al-Kabi and Abd al-Latif bin Abdullah al-Kawari, was a featured lecturer at a number of RAF Foundation events in Qatar to raise funds in support of RAF’s activities in Syria. RAF Foundation holds bank accounts at Qatar International Islamic Bank, Qatar Islamic Bank, Masraf Al-Rayan, and Al-Barwa Bank. Lt must be said that Masraf Al-Rayan Bank and Qatar Islamic Bank are facing corruption lawsuits. Rayan Bank has been investigating for money laundering and terrorist financing by UK. As for Qatar Islamic Bank, it is being sued by an American man who was kidnapped by a terrorist group being funded by this bank.