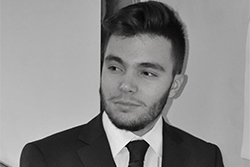 It all started in March 2011 when anti-government protests broke out in Syria against Bashar al-Assad’s regime. Protests were inspired mainly by similar demonstrations in the Middle East and North Africa (Tunisia and Egypt). In the Southern city of Deraa some teenagers painted anti-government and revolutionary slogans on the wall and security forces arrested and tortured them. This resulted in a mass protest by people who were angered by the actions of Assad’s regime.

On March 18, 2011 security forces opened fire against the protesters killing several people, but protests continued. On March 23, 2011 more than twenty people were killed after security forces attacked crowds and raided a mosque. This situation and the violent regime caused people to organize themselves and marches were spread into other cities in Syria.[1]

On April 8, 2011 the use of violence by Syrian security forces escalated, killing at least 35 people. Reports said that the death toll since the beginning of protests in March had exceeded 200 attracting the gaze of the international community, such as human rights organizations and foreign leaders calling for an immediate end of violence in Syria. Despite the pressure from international actors, the Syrian Government was not particularly moved and launched new operations to silence protests, deploying many troops equipped with tanks and armored personnel carriers to the cities of Deraa, Bāniyās, and Homs, three centers of anti-government protest. In the city of Deraa security forces cut down electricity and water supplies too.[2]

In the beginning of May the anti-government protests had reached Damascus, which were violently suppressed. The European Union decided to impose sanctions that included asset freezing and travel bans targeted to Syrian officials, who were suspicious of directing the actions of the government against the protesters. The Turkish government also condemned the use of violence against civilians showing their support to the protesters.[3]

In November 2011 the Arab League took the initiative to send a delegation of monitors in Syria to observe the situation and to implement the Arab League’s plan. The Arab League called the Syrian government to stop violence against protesters, remove all tanks and vehicles from cities and release political prisoners. However, violence never stopped and the credibility of the Arab League mission declined. On January 28 2012 the monitoring mission in Syria was formally suspended due to safety reasons since the hostilities continued.

In November 2012 the “National Coalition for Syrian Revolutionary and Opposition Forces” was formed by Syrian opposition leaders and received much recognition from neighboring countries as the legitimate representative of the Syrian people.[4] By late 2012 the fighting between Assad’s security forces and the rebels continued, but many shortages in weapons, military equipment and general organization gradually began to appear among the rebels. However, government forces were also weakened by defections and seemed incapable to gain more ground. The Syrian government and the rebels called for external support and assistance and the situation seemed more like a regional proxy war. In late 2012 and early 2013, Turkey, Qatar and Saudi Arabia armed and funded rebels while the Syrian government kept receiving weapons and troops from Iran and the Lebanese militant group “Hezbollah”.[5]

In the suburbs of Damascus in August 2013 hundreds of people were killed because rockets filled with the nerve agent chemical sarin were fired. The Syrian opposition accused government forces for this attack, but Syrian officials denied the use of chemical weapons. U.N. inspectors collected evidence in places where the chemical attack has happened and the United States, Britain and France made known that they are considering retaliatory strikes and a U.S. led intervention against the Syrian regime. Assad described the situation as “Western aggression” and China Russia, and Iran opposed to military action. Diplomacy took the place of violence and on September 14 the U.S., Russia and Syria agreed to the complete removal or destruction of Syria’s chemical weapons as part of a joint mission by the U.N. and the Organization for the Prohibition of Chemical Weapons (OPCW).[6]

The U.N. reported that by June 2013 around 90,000 people had been killed in the conflict. The number had more than doubled to 191,000 by August 2014 and continued to rise up to 220,000 by March 2015.[7] The emergence of the so called “Islamic State” (IS) as a major player in the region has broadened the scope of the crisis even further and many questions on security issues came to the fore: How safe is it for people to live in those regions? How could neighboring states protect their territorial integrity and borders from terrorist attacks? Finally, those are some serious questions the international community has to consider, while drafting their policy against state or non-state actors in order to put an end to this dramatic situation.