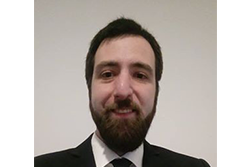 This paper is a report on Operation Barkhane’s progress and developments. The present study will cover the operation’s background and developments since its launch until the end of 2019. “Operation Barkhane” started on 1st August 2014 and constitutes the successor of the previous mission named “Operation Serval”, which lasted from 11th  January 2013 to 15th July 2014. The mission’s purpose was to stop the Jihadist offensive and the protection of Bamako, the capital of Mali. (Spet, 2015,p. 66). Former French President Francois Hollande had responded positively to the request made by Mali’s President to France and the United Nations for military support and assistance, when the armed Tuareg separatist movement was in motion. Thus, in response the French “Operation Serval” was launched in order to counter its momentum. On 11th January 2013, French troops were deployed to Mali and within a few days managed to halt the assault, regain important locations and repel the militants that were forced to retreat to the mountains in Mali’s north – eastern border with Niger and Algeria. Over the next few months, the French and Malian forces engaged further in operations against the Islamist militants resulting in approximately 700 casualties for the Islamist factions and another 430 captured and held as prisoners, with the rest fleeing to Libya and Niger. (Schuurman & Boeke, 2015, p. 802).

During these missions, the French forces demonstrated a high level of mobility and flexibility as a result of effective force planning that took into account Mali’s geographical terrain. Designed specifically for Mali’s environment, nearly all units were mechanised and utilised light armoured vehicles, able to navigate under the poor conditions of Mali’s roads and able to be transferred with C-130 and C-160. (Shurkin, 2014, p. 32). While the Tuareg uprising in Mali was mostly suppressed, danger from Islamist extremist groups persisted. In response to the deteriorating situation in the region of Sahel, the Group of Five for the Sahel (G5S), Niger, Mauritania, Chad, Burkina Faso and Mali created a Joint Force to combat the Jihadist groups of Al Qaeda, Jamaat al-Nasr al-Islam, Ansar al-Dine and Katiba Masine, with the support from the French Operation Barkhane, UK’s airlift support and US special forces. (Bohman & Gasinka, 2017, p. 9).

As a successor to Operation Serval, Operation Barkhane’s main objectives are counter-terrorism and stability operations that span across the Sahel region. One of the main reasons that France is involved, other than having political ties with Mali as a former colonial power as well as economic interests in the region, is the concerns of a potential spill-over of Islamist extremism and radicalization. The French Mission also works closely with the United Nations Multidimensional Integrated Stabilisation Mission in Mali (MINUSMA) in order to achieve its peace-building objective. (Lijn, 2019)

In August 2018 the Operation in Mali was joined by Estonia, after the Estonian Parliament approved the rotational deployment of platoons up to 50 soldiers and officers. (Lebrun & Stoicescu, 2019, p. 7). In October 2018, the scope of the operation was extended to Burkina Faso as well, after the relevant request was submitted by the country’s government.

Over the course of this mission there has been extensive use of drones. The Reaper drones reached the 20.000 hours of flights milestone in 2018 and as of mid-2019 they have reached 30.000 hours of flight as well as becoming an asset for the French military force, given their ISR and Intelligence capabilities. Deployed since January 2014, they are operated by the personnel of the 1/33 Belfort Drone Squadron from their base at Niamey in Niger, utilized in support of air and ground operations against the jihadist forces and providing field intelligence during and after operations and significant experience for their operators that can prove even more useful in future operations. (Mille, 2017, p. 29).

The operation has made considerable progress. On Monday 17 June 2019 the French Ministry of Military Forces announced that in a Joint Operation of French, Malian and Nigerian Forces, supported by Tigre helicopters and a Reaper drone, in the Greater Sahara against the Islamic State, 20 terrorists have been neutralized in a counter-terrorist mission, carried out on Thursday June 13. (Kelly, Defence Post , 2019). In November 2019, Minister of the Armed Forces, Florence Parly announced that in October Ali Maychou, high ranking member and possibly second in command of Al Qaeda`s Group for Support of Islam and Muslims (JNIM) was neutralized during an operation in Mali, with both Malian and American forces providing support. Reportedly he succeeded Yahya Abu al Hammam, who was considered the second in command of JNIM and was killed by the French in a mission in Timbuktu earlier the same year, in February. (RFI, 2019)

In addition, between the 1st and the 17th of November 2019 approximately 1400 soldiers from France, Niger, Mali and Burkina Faso participated in a large-scale operation under the name “Operation Bourgou IV”, led by France in Deou, Burkina Faso and Boulikessi, Mali. The operation was conducted at the same time in Mali and Burkina Faso against the terrorist groups, resulting in neutralizing 24 hostile combatants and seizing ammunition, 64 vehicles and approximately 100 phones. During that mission, on late evening of November the 7th to dawn of the 8th, enemy troops were spotted near a provisional camp set in Burkina Faso, but warning shots prevented them from engaging in any hostile action. (Kelly, Defense Post, 2019)

As of 2019, 4.500 French military personnel have been deployed across the five Sahel countries with an annual budget of €797 million, with 2.700 of them in Mali, stationed mainly at the base of Gao and at Kidal, Timbuktu and Tessalit. The major command posts are located in Gao, Mali, in Niamey, Niger and the headquarters in N’Djamena, Chad. Operation Sabre, a special operations Task Force, is stationed in Burkina Faso. Regarding Mali, on the 21st of February 2019, the Council announced the extension of EUCAP Sahel Mali mission until 14 January of 2021 with a €67 million budget. (Council of the European Union, 2019)

On the 8th of July 2019, the then British Prime Minister Theresa May announced the extension of the British military deployment in the region of Sahel, as part of Operation Barkhane. Commenting on the operation outcomes, she praised the French counter-terrorist efforts as peace building for the region of Sahel, something that brings more stability in these countries and therefore makes both UK and France safer. Following May`s announcement, UK`s Defence Ministry stated that this extension will be for at least six more months and justified the decision, again by stating that providing support to the French efforts is a way of stability-building in the region as instability poses a threat for European security. (Kelly, Defense Post, 2019)

On Monday, 25 November 2019, 13 French were killed in a mid-air collision of two helicopters during a counterterrorism mission against Jihadist forces, who were responsible for the recent attacks in northern Mali. The incident, which raised the overall casualties of the French forces to 41 since the start of the operation, is the heaviest casualty France has suffered in a single incident in the last four decades. After the helicopter incident and the apparent regrouping of the Jihadist groups despite the French military presence, President Macron stated that France is considering every aspect as “all options are on the table” and the outcomes of the operation and the operation itself will be reviewed and stressed the importance of other EU countries providing support. (France 24, 2019). Also in November 2019, the French Military Forces Minister stated that an international task force for special operations will be ready for deployment to Mali in 2020 along with French special forces to provide training and know-how insight to the Malian army. (Kelly, Defense Post, 2019)

In the next article we will examine the more recent developments of the operation.