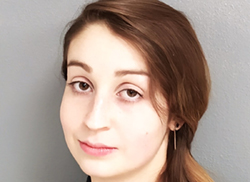 The People’s Republic of China (below referred to as ´China´) is a remarkable country, that was able to get rid of its label of ´developing country´ and rise as a miraculous economic Chinese dragon. Chinese economic miracle shows how a country can transform from a receiver of economic aid to an investor of international importance. According to the World Trade Organisation (WTO), the Chinese Outwards Foreign Direct Investment (COFDI) and China-provided development aid have increased significantly after 2001 worldwide. COFDI is present not only in the developing countries of the African and Asian continent also in Latin America and the European continent as well, especially in Hungary, Romania, and Greece. This unprecedented transformation of China from the receiver of investment into a distributor of wealth brings many questions about its economic success and Chinese intentions overseas.