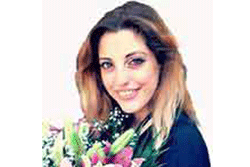 On June 24, the United Kingdom (UK) awoke to find itself killing the illusion that the process of European integration is irrevocable. The 51.9% voted to leave the European Union against to 48.1%. A victory of “leavers” against “remainers”, a victory of old against young, a victory of the euro-skeptics. In Cameron words, in November 2015, it was perhaps the most important decision the British people have taken at the ballot box in their lifetimes.

If some are shocked by that development, they should not disregard the fact that Rome did not fall in one day. On the contrast, there is a combination of realities:
The EU relationship with Britain was always a difficult and special relationship, with many exceptions. The UK is part of Europe historically and geographically but it never supported the federal perspective of the European Union. It put obstacles to every attempt in that direction and used blackmails to create a relationship of exception, as the objective of that referendum was.

Besides the afore-mentioned nature of the relationship between the UK and the EU, that was the second referendum conducted in the EU within one year with the populists to win. Moreover, the long euro crisis, the inequalities, the opacity of the institutions, the low turnout on elections to the European Parliament in 2014, the fight of shifting the burden regarding the refugee flows among the member states, BREXIT should not be considered a surprise. In contrast, these realities oblige the European leaders to look themselves on the mirror in order to identify why the vision of European integration does not seem to touch the European citizens. It is remarkable that the country that once made colonies in the half world, took a decision based on racism and xenophobia under the shadow of nationalism, which came to the fore through the refugee flows. The answer is that we do not have a Union that can provide effective responses to the challenges it faces. The UK leaving the EU is not the reason for panic but it is the fear of the upcoming domino of ‘leaving’ and ‘rejection’.

BREXIT is more than a matter of economics and a loss of British influence; it also has a geopolitical impact.

Scotland’s First Minister Nicola Sturgeon criticized the outcome as “democratically unacceptable” for Scotland to be taken out of the EU against its will and he promised a second referendum on Scottish independence. Arguably, Scottish nationalists will be well positioned after BREXIT to win.
Scottish leader Nicola Sturgeon said that a new referendum on Scottish independence is “highly likely” in order to remain in the European Union. Following that, it may seek secession referendum, and then joining the EU; costly actions in my opinion. Moreover, the secession of Scotland could encourage other independent-minded regions, such as Catalonia or Flanders, to pursue similar paths. Although some can support the afore-mentioned due to the UK’s withdrawal from the EU, I argue that the developments so far have shown that this is not the most possible scenario, since two years ago, Scottish rejected pulling out of the UK. For that reason, the two most probable choices for Scotland are either to leave the EU with the rest of the UK and argue for closer negotiations and differentiated relationship with the EU than the rest of the UK may choose, or to block and stall the BREXIT process, creating a deep political crisis. To follow the UK’ s referendum result out of the EU is as impossible as to leave the UK and access independently the EU.

Northern Ireland is the only part of the UK sharing a land border with another EU country, the Republic of Ireland. Northern Ireland voted decisively to remain in the EU. Sinn Fein, the former political ‘shop window’ of the IRA, also called a referendum on the unification of Ireland. It emphasized that the referendum on the EU “has enormous consequences for the morphology of the British state”, as Northern Ireland voted in favor the EU residence. “The British government now has no democratic mandate to represent the views of the North in any future negotiations with the EU and I do believe that there is a democratic imperative for a ‘border poll’ to be held,” the Northern Ireland Deputy Leader, Martin McGuinness said. The possibility of border controls and new frontiers however can be created between Ireland and Northern Ireland by building limitations in daily traffic of thousands of people. Even if a referendum on Irish unification is unlikely in the short term,that is the only opportunity for a unification to be happened, since the future of Northern Ireland is far more uncertain now than it has been for many years.

Gibraltar is a small British enclave off the south coast of Spain since 1713, known as “The Rock”. It is the bone of contention in relations between the two states. After the Brexit and the last election in Spain, there are written many articles discussing the triangle relationship between Gibraltar, Spain and UK.
Spanish Foreign Minister proposed a “condominium” of Spain and Britain, which will allow the British enclave access to EU after Brexit. It is likely Spain to decide to close its border with Gibraltar, where 33,000 Brits live, however the scenario of a “condominium” is almost impossible. This is based on the fact that the majority of the inhabitants of Gibraltar are British citizens, who hold British passports and who stubbornly do not want to be part of Spain, even if its economy depends heavily on a single market for its prosperity. I am of that opinion since in two referendums held in 1967 and 2002, the residents of Gibraltar voted overwhelmingly to remain dependent on Britain and to remain under the sole control of British, respectively.
All of the parts concerned are in a state of uncertainty as the UK must renegotiate its provisions for free trade and unrestricted passage of people when it negotiates its exit from the EU.

Both the EU and the UK are now sailing through uncharted waters. Cycles of discussions have opened of where the state is heading, which will continue for many years.
I do think the aftermath of BREXIT has the potential to strengthen Northern Ireland’s connection to the Irish Republic, but not Scotland’s independence and Gibraltar’s condominium. We have to calm on the rhetoric of geopolitical reshuffles in the European area regarding the UK’s territory.
In my opinion, the European response to the UK must be tough in order to counter disunion. The rest of the 27 member states should intend to set the UK as a salutary warning for others of what will happen to any other country that decides to leave. UK should bring an outcome of failure and alienation in order to stop the enthusiasm for exit movements in other EU countries as well as to the rhetoric of the euro-skeptics, who support that out of the EU, a member-state will do better. If one of the strongest member states of the EU fails after its ‘independence’, no other member state will try its exit from the EU. As a result, the EU has a unique opportunity to get back on the integration’s track.
I argue that Britain’s output is now an opportunity for Europe to proceed to what was the purpose of its creation; to become an economic and political European Union. To that regard, Britain should not get any special treatment in their deal to withdraw from the EU. Brits shouldn’t expect to retain any of the benefits that come with being a part of the EU. Only an initiative for deeper political integration can counter the forces of populism. This is the only way for our generation not live in a fragmented Europe of the past, with its nationalism and conflicts. At the end of the day, Germany, France and other major powers should get the message to change their behavior and make Europeans feel Europeans.
Last but not least, we have to keep in mind that the referendum result is not binding, but advisory. The starting point for any hypothesis on either geopolitical or economic results of the referendum depends on the direction the British parliament will take. Before the invocation of Article 50, Parliament should trigger the law that allows or authorizes the prime minister to invoke the procedure in Article 50 and entitles the government to intervene legally, where necessary, to bring the country’s exit from the EU.