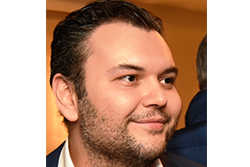 By Konstantinos Margaritou, Founding Partner & Member of the BoD of KEDISA

‘Beleave in Britain’, this was the title of the “SUN” newspaper front-page a week before the referendum has shocked Europe. The British people have taken a historic decision on suspending the country’s EU membership voting to leave the EU with a slight majority of 52%. Above and beyond the first shock in stock markets many analysts and politicians consider Brexit as a very serious mistake that will destabilize UK’s integrity and economy as well as the European unity. Nevertheless, regarding Britain’s history and its contemporary power and potentialities, it is to be underlined that this sole phenomenon in European timeline may be a chance for change in EU’s policies and a unique opportunity is presented to balance the distribution of power at the level of international system. The scope of this article is to support the positive perspective on Britain’s withdrawal from the EU.

First of all, ‘EU needs Britain and not Britain the EU’. UK has been a world superpower before the WWII and preserves its crown supremacy over the Commonwealth realms where Canada, Australia, New Zealand and other 12 states coexist under the British Royal family. Regardless they are independent states, Commonwealth realms recognize Queen Elizabeth II as their ceremonial leader and they do not have ambassadors to each other considering it as redundant. Furthermore, since decolonization time, UK dominates 14 overseas territories at the Pacific, Atlantic and Indian Oceans possessing multiple fields for investments and alternative routes for the British economy. Britain also has a high developed tertiary sector and a strong currency. Despite the fact that the British pound (GBP) will be devaluated in the short-term period, in the long-term it will be a crucial asset along with the financial and the maritime sectors competing euro, dollar and the world’s main economies. Additionally, Britain has great strategic military capabilities and it is a pillar for NATO in the European Area. On the other side EU has not an essential and effective CFSP, or a regular Euro-army and at the political and the economic fields it seems to be an entity disciplined to the main directions of Franco-German axis. Inadequacies in Eurozone crisis are a fact besides the inconsistent development of the southern economies of Europe and it must be marked UK’s 13 % contribution to EU’s budget thus far. Over and above UK has a market of 61 million of inhabitants and 78 MPs in the European Parliament. Consequently it is undeniable that the EU will suffer more losses and Britain will survive outside of the Union.

Doubtless, Brexit will be a historical institutional precedent for future withdrawals urging Brussels to improve its governance and economic policy or to collapse. The rise of far-right political parties and ultranationalist moves across EU result from serious omissions. European integration and the final stadium to a political union have not been embedded to European societies in a deep democratic process. Referenda should have been held off for all the candidate states, in order to encompass national citizens at a broader spectrum of collegiality in the ongoing supranational state. The main democratic deficit of EU is the absence of accountability on a pan European scale. Brussels leaders should be directly elected by the European voters and their term in office could be incompatible with the status of the leader of national governments – states. Thus it would be a way to avoid conflict among national and European interests. Concerning the economic policy, Brussels have to adopt an expansionary fiscal – monetary policy to balance growth, transferring also funds to the weak economies of the Union and not lending them on a permanent base, controlling subsequently their national resources. Regarding to migration policy that exacerbates the aforementioned problems, European leaders have to readjust their decisions towards the protection of European societies securing the values of freedom and liberty as well as the institutions on which Democracy is based. Migration is a historic and continuous phenomenon that cannot be stopped but it is of great importance to increase the security of European citizens as far as to express solidarity to all these people who struggle for their lives coming across the Mediterranean Sea to Europe. The threshold in developing such a combined policy should be the shielding of Democracy and the Rule of Law in addition to the values that have made Europe attractive to all these people. Adapting to the aforementioned priorities EU will be re-erected on new fundamental pillars eliminating extremist ideologies. Brexit can be the structural point for a great change so as to eradicate the centrifugal forces which jeopardize the European integration.

At the level of international system, the separation of the UK from Germany and France will conduce to a multipolar system of sovereign states balancing autocracy and totalitarianism by which global governance is being threatened. After the dissolution of Soviet Union it has been established a unipolar world provoking gradually the Sino-Russian revisionism and new antagonisms on the Eurasian Area. Britain’s recovery as a great power non-aligned to the Franco-German axis can provide a new multilateral nexus of allies with mutually beneficiary terms for cooperation and collaboration on the most serious challenges of the 21st century as the global economic growth, the protection of environment and the fighting against terrorism and extremism. The British diplomacy and its historic tradition can once again play a preponderant role on the protection of Democracy, bridging of contradictory interests and purifying political and economic liberalism from its modern corporative discontents that derive from the deficit of leadership both in Brussels and Washington during Merkel’s and Obama’s administrations.

Be that as it may, the aftermath of British people’s vote shows that EU founding members choose to blackmail UK’s rapidly withdrawal from the Union setting an example for the other member-states that may seek EU referenda. However, once again, Brussels react in the wrong direction risking the unity of Europe instead of ensuring at least a new special partnership between UK and EU. So, believe in Britain. Brexit result maybe will be a struggle for a more democratic Europe.