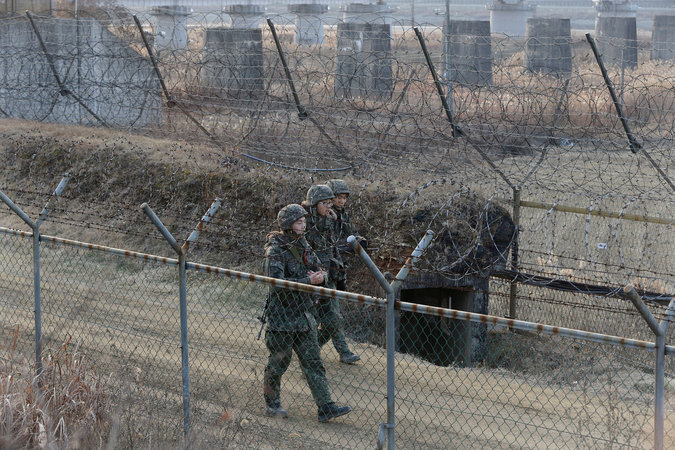 UNITED NATIONS — The United Nations Security Council condemned North Korea for its nuclear test on Wednesday, but there was no evidence yet that the North’s most powerful backer, China, was willing to stiffen sanctions in a way that could push the unpredictable country to the point of collapse or slow its nuclear progress.

As the question of how the international community should respond remained unanswered, White House officials, eager to undercut whatever propaganda value the North saw in claiming its first success in detonating a thermonuclear device, said that initial data from its monitoring stations in Asia were “not consistent” with a test of a hydrogen bomb.

A two-hour closed session of the Security Council on Wednesday afternoon ended with a pledge to “begin to work immediately” on a resolution containing additional measures to rein in Pyongyang. It did not specify what those measures could be, and in the past, China and Russia have usually objected to steps that could threaten the North’s survival. The most obvious would be a prohibition on loading or unloading North Korean ships around the world, or on financial transactions with the nation.

The White House press secretary, Josh Earnest, did not indicate the basis for the administration’s skepticism of Pyongyang’s claim. But more than a month ago, when Kim Jong-un, the country’s young leader, boasted that he possessed the technology for a hydrogen bomb, American officials said they had a variety of evidence — some technical, some from human sources — to call that claim into question.

A hydrogen bomb would be far more powerful, and more fearsome, than the type of nuclear weapon the North has tested three times since 2006, when it conducted its first test during George W. Bush’s administration.

The seismic wave left by the explosion was smaller than what most experts would expect from the detonation of a true thermonuclear weapon. Some experts said it was possible the North had increased, or boosted, the yield of a more traditional device by using tritium, a common technique, in the 70-year history of nuclear weapons.

A South Korean Defense Ministry official, who requested anonymity to speak about a national security matter, said Thursday that the ministry believed that even if the device was a boosted fission bomb, the test was probably a failure. The explosive yield was even smaller than that from the North’s last and third nuclear test, in early 2013, he said.

But the true nature of the test may not be revealed until results are back from atmospheric testing, usually conducted by Air Force planes that run along the North Korean coast “sniffing” for byproducts of an explosion. Yet after the test in 2013, such inquiries were inconclusive.

Gary Samore, Mr. Obama’s top nuclear adviser in the president’s first term, said Wednesday that the timing of the test was strange, with North and South Korea discussing restoring some economic ties and the North trying to reach out to the Chinese.

Even China used unusually strong language, probably because it also appeared to have been given no warning about the test, which the North claimed — against considerable evidence to the contrary — was its first effort to detonate a hydrogen bomb. The Chinese said they were “strongly against this act,” and their ambassador to the United States met with Susan E. Rice, President Obama’s national security adviser, at the White House.

President Obama said nothing in public about the test, in contrast to Mr. Bush, who responded to the first North Korean test in 2006 by declaring that the North would be held responsible if its bomb technology were found anywhere else in the world.

Advisers said Mr. Obama was calculating that Mr. Kim was looking to get a rise out of him. “He’s not going to give him the satisfaction,” one aide said.

On Wednesday evening, the White House said that Mr. Obama had spoken by telephone with President Park Geun-hye of South Korea and Prime Minister Shinzo Abe of Japan, reassuring both of America’s support.

Some American officials, declining to speak on the record, speculated that a dust-up last month over the treatment of an all-female band that North Korea sent to Beijing might have so angered Mr. Kim that he ordered the test to go ahead.

Just before the band was supposed to perform, Mr. Kim declared that the North possessed hydrogen bomb technology. The Chinese, with no explanation, downgraded the level of officials scheduled to attend the performance, and the band then headed home without performing.

“I know this sounds like a crazy reason to set off a nuclear test,” one American intelligence official said. “But stranger things have provoked North Korean action.”

But it is far from clear that all the major players with a stake in what the North does are willing to take the kind of risks, and impose the kind of sanctions, that might prompt Pyongyang to back down or, alternatively, to lash out.

Kelsey Davenport, director for nonproliferation policy at the Arms Control Association in Washington, argued that stiffening existing sanctions, while sending a political message, would be insufficient.

“Ratcheting up sanctions pressure demonstrates that there is a cost to violating Security Council resolutions,” she said in an email. “However, sanctions alone are not going to change Pyongyang’s behavior. North Korea has complex illicit trafficking networks for evading sanctions, and not all countries in the region are adequately enforcing existing measures.”

The one time the United States did clearly get the North’s attention was when it cut off bank accounts in Macau that Kim Jong-il, the father of the current leader, used to finance the lifestyle of the North Korean elite. But eventually, the Bush administration had to lift that sanction, partly under pressure from allies.

On Wednesday, American allies engaged in a now-familiar set of rituals. Ms. Park convened an urgent meeting of her top national security aides in Seoul.

Japan’s ambassador to the United Nations, Motohide Yoshikawa, told reporters after the Security Council meeting that his government expected the Council to adopt a robust resolution to check North Korea’s nuclear weapons ambitions.

The American ambassador, Samantha Power, called for a “tough, comprehensive and credible package of new sanctions.”

But the Russian ambassador, Vitaly I. Churkin, would say only that a “proportionate response” was necessary.

For Mr. Kim, there was some domestic politics in all this. His Workers’ Party is scheduled to hold its first full-fledged congress since 1980 this May. With no big improvements in the lives of his people, he needs something else to show for his four-year rule.

“The biggest achievement Kim Jong-un can offer ahead of the party congress is his nuclear program,” said Choi Kang, vice president of the Asan Institute for Policy Studies. “It also means that things don’t look good in the economic sector.”