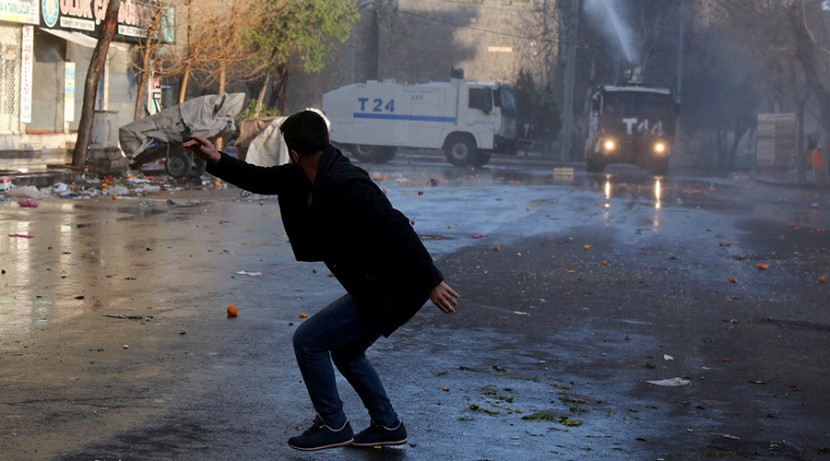 Turkey’s police used tear gas, water cannon and rubber bullets against demonstrators in the largely Kurdish city of Diyarbakir located in the country’s southeast as hundreds took to the streets to protest against a month-long curfew.

Hundreds of people marched through the city of Diyarbakir towards the Sur district, which has been under curfew since December 2015, to protest against the violent Turkish crackdown in the country’s southeast, launched in August 2015.