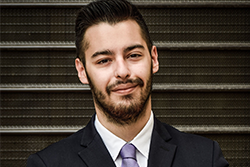 The credibility of the international system has been constantly undermined by specific counties that view revisionism as a core component in formulating their policies. One of the sectors that the international fora have failed to ensure compliance, is predominantly the production, utilization and the proliferation of nuclear weapons. In 2018, over thirty-one countries have developed nuclear energy production facilities, whilst nine of them have acquired a nuclear arsenal capable of disrupting international peace and security[1]. As such, it has been observed that there is a steeply increasing trend in the creation of nuclear energy plants for peaceful means. That is the also the case, for the «under-construction» Akkuyu Nuclear Power Plant, also known as Akkuyu NPP, in Turkey.[2] In 2010, Turkey and the Russian Federation reached an agreement, paving the way for the construction of the Akkuyu NPP. This construction project, which is expected to be completed by 2025, constitutes a part of Erdogan’s ‘2023 Vision’ coinciding with the 100-year-anniversary of the foundation of modern Turkey, with the main intent to decrease the country’s dependence on energy imports[3]. The general contractor for the construction of the power plant will be the Akkuyu Project Company (APC), a subsidiary company of Rosatom, while the supply of the reactors will be held by the Russian Atomstroyexport (ASE).

The foundation of the power plant will be based upon the BOO (Build-Own-Operate) Approach[4], which entails that Rosatom will finance the project, build the Akkuyu NPP, operate the reactor in the first phase and in the second phase: provide the fuel, take back the spent fuel and proceed to its decommissioning.

The conventional and regulatory framework of Turkey on nuclear security.

Turkey has signed and ratified the IAEA Safeguard Agreement in 1981, as well as its Protocol which was signed in 2000, and was ratified the year after. Via these Safeguard Agreements[5] the IAEA has the right and obligation to ensure that safeguards are applied on all nuclear material in the territory, jurisdiction or control of the State for the exclusive purpose of verifying that such material is not diverted to nuclear weapons or other nuclear explosive devices.

Apart from the IAEA Safeguard Agreements, it is noteworthy to mention some of the IAEA missions that took place in the area of the Αkkuyu NPP. The Integrated Nuclear Infrastructure Review (INIR)[6] is a mandatory mission conducted by experts and IAEA officers, intending in the assessment of the nuclear facilities. Among the basic priorities of the INIR is to ensure the safety-requirements of the nuclear infrastructure as well as the safe and sustainable use of nuclear energy. In the case of Turkey, this mission took place in 2013, closely examining the four nuclear reactors in the Akkuyu NPP in the process. After the completion of the mission and until 2015, Turkey prevented the dissemination of the mission’s conclusions to other IAEA member-states, due to reasons of national security.

Another important IAEA provision is the Site and External Events Design Review Service (SEED)[7], which constitutes a package of services to the IAEA member-states, contributing in the site selection for the establishment of an NPP, by taking account of the external and internal risks of the site. The SEED mission in Turkey had a voluntary character[8], as it was conducted by experts from Germany and Spain and 2 IAEA officers between 23-28 July of 2017[9]. The conclusions of the mission displayed that for the Akkuyu NPP the biggest risks are tsunamis, geotechnical risks related to the terrain of the site, earthquakes and aircraft crashes.

Finally, the Convention on Nuclear Security, which was adopted in 1994, has the goal of forging a legal engagement with IAEA member-states, so that they maintain a high-level of safety in their facilities abiding with all international focal points[10]. The parties to the Convention, face a triennial retrospect concerning their conventional responsibilities[11] and potential challenges that may be issued by other IAEA State-Parties, in which they could respond to voluntarily. A very important case that displays these challenges is the one between Lithuania and Belarus regarding the Ostrovets NPP in Belarus. More precisely, Lithuania using the basis of the Convention, requested the bafflement of the building project, by claiming that the abovementioned NPP is situated only 50 kilometers from its capital. Furthermore, Lithuania challenged Belarus to intensify all existing efforts, in the establishment of a cooperative framework in nuclear security between the two countries within the next triennial.

Turkey and E.U: Between checks and balances

The EU Enlargement negotiations for potential EU countries, encompass the alignment of national policies and regulations with the 35 chapters of the acquis. In Closed Chapter 15 (Energy) the European Commission requests the implementation of two indicators that Turkey must fulfill, in order to commence the negotiation process[12]. As such, Turkey has to implement national regulations for nuclear security that align with the acquis communautaire, as well as introducing a timeline for the implementation of nuclear-safety measures, concerning the facilities of Akkuyu, as predicted by the relevant EU Directive in 2014.

According to the EU Progress Report of 2018, in the Closed Chapter 27 (Environment), Turkey acquires a moderate level of preparedness in relation with environmental phenomena[13]. Among the existing recommendations to Turkey, are the amplification of the national legal framework for the management of hazardous waste and industrial pollution, along with the implementation of coordinated and ambitious policies to address the vital issues of natural disasters and climate change.

Moreover, the European Commission along with the participation of the European Nuclear Safety Regulators Group (ENSREG), has initiated Stress Tests[14] in nuclear reactors, for EU countries as well as third countries, in order to evaluate integrated nuclear risks in terms of their capacity. Following the invitation by the EU, Turkey participated voluntarily in the above-mentioned and between 2012-2013 testified its national report. Nevertheless, the fact that the construction project was being tested in a very premature stage, didn’t permit its adequate assessment.

The one country that expressed its firm disagreements regarding the Akkuyu NPP is of course Cyprus. According to recent statements[15] by the Cypriot Governmental Spokesperson Mr. Prodromou, Turkey did not consult with Greece and Cyprus as it was foretold by the European Commission Progress Report of 2017, in the same time also ignoring the vital reservations of the European Parliament, which claimed that the area of Mersin is seismologically sensitive.  Until now, Greece has yet to actively get involved on this issue, however a potential roadmap strategy would be to follow the pattern of the Ostrovets NPP, using the mechanisms of the IAEA to pose a challenge to Turkey for the under-construction Akkuyu NPP and request its indefinite postponement.

[8] The initiation and establishment of the SEED mission requires the official request of an IAEA Member-State.

[11] The responsibilities of the State-Parties are defined by the IAEA Safety Standards and among them lie the following: the maintenance of high-quality facilities as well as the preparedness of the nuclear infrastructure in case of emergencies such as floods and earthquakes.