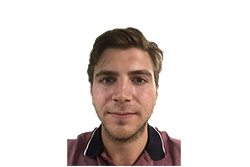 The practice of colonialism in contemporary scholarship is viewed generally through the lens of liberal thinking. This states that Western countries modified the political, economic and social landscape of their colonies, repressing the populations of their human rights, natural resources, culture and the right to self-determination. This is granted true for dozens of different colonial experiments which have negative repercussions to this day, from the post-colonial anti-LGBT sentiments in Uganda, to Britain’s role in Zionism and the Middle East’s instability, to the contemporary intergenerational traumas suffered by Aboriginals in Canada. If colonialism entails this idea of an imperial power as a self-serving resource extractor and cultural steamroller, what happened in South Korea? How did this small country emerge as one of the largest economies in Asia, although was once colonized in a similar fashion to certain African subjects? This short paper offers insight into the motives behind colonialism and explains the differences between Japanese colonialism in South Korea and traditional colonial practices.

The term colonialism generally has a negative connotation and rightly so; the imposition of rule on a military-inferior subject is not a benevolent practice. However, South Korea that had been under Japanese occupation for over fourty years, emerged a post-colonial economic success and experienced an upward trajectory unimaginable to the economy of an agrarian-focused Korea prior to 1905. In a mere four decades of occupation, economic output in fishery, agriculture, forestry and industry increased tenfold. Furthermore, democratic institutions were established after the Second World War comparable to other developed nations such as Germany and Canada.

In a similar vein, one must assess the colonialist legacies in Africa. On virtually the entire continent, the international community had imposed a neo-colonialist (Western-led) legal scheme, creating and maintaining the national borders and political boundaries of Africa (Jackson and Rosberg). Intended as a mechanism to protect weak African states from invasion or war, this has instead bred conditions whereby governments have weak incentives for domestic development, but high incentives towards personal enrichment or military spending. Inherently, these governments are not inclined to strive for development, as their state’s survival is guaranteed by the international community and therefore not at risk. This was not the case for South Korea, a former Japanese colony.

The Japanese gained a “decisive influence over Korea” after the Russo-Japanese war and held their influence from 1905-1945. During these four decades the Japanese eradicated the monarchical state in Korea and “carved out a different type of ruling alliance with the same landowning class, but with a vastly more effective state” (Kohli, p.1271).  A strong and centralized bureaucratic style of government was formed that created production-oriented alliances amongst the public and private sector. Furthermore, in pursuit of their own economic development, Japan transformed its colony through considerable expansions on education, investing heavily in infrastructure, and utilizing its bureaucratic capacities to collect more taxes, increase production and promote exports.

The colonial government’s massive new capacity for taxation and engagement in development projects was supported by the Korean business class, a point of interest for those schooled in the neo-classical economic dichotomy of free markets versus public (state) initiatives. From the early days of Japanese colonization of South Korea, it was evident that the new state’s capacity for taxation – up 300% in a mere 6 years (Kohli, p.1276) – had turned the state’s economy into a powerhouse, even by Western standards. The business classes went along with their plans as they were mutually beneficial. To appease the agrarian sector, the state provided “plenty” for landowners and made them “active partners in executing the state’s goals”, including the introduction of Western-style property rights (Kohli, p.1277). Japanese manoeuvers in the Korean bureaucratic structure strongly benefited the landowning and business classes of the country which led the nation on a path towards modernization. From 1910-1940, the rate of industrial growth was a record 10% yearly, unique in colonial history (Kohli, p.1279). Japan’s early colonial industrialisation would allow South Korea to more easily rebuild after the Second World War and the Korean War, as foundations of a modern state had already existed. After the destructive civil war ended in 1953, South Korea would go on to have a period of unprecedented rapid economic growth, coined the ‘Miracle of the Han River’. While the strong arm of the Japanese in South Korea and the allied government cannot be commended, it must be examined in light of South Korea’s overall success in the modern world.

The European Legacy in Africa and Neocolonialism

Africa’s colonialist history is somewhat of a misnomer as it truly never ended. After the imperial powers had left the continent, almost entirely by the end of the Second World War, the international community ensured the existence of the states drawn. This has been known as “juridical statehood”: Western-imposed legitimacy which divided ethnic entities by international boundaries and denied the right of self-determination to groups of people. This has contributed to the stagnated development of Africa, as domestic political tensions and conflicts arising from ethnic divisions have hindered political stability and the capacity of governments to control their territories. Without this, “the political map of Africa would be significantly different from what it is today” (Jackson and Rosberg, p.12). The international community’s guarantee of the states’ existence and independence has meant the governments do not have the capacity or the desire to develop the country, and their bureaucracies are susceptible to corruption. The conditions necessary for efficient bureaucracy and proper infrastructure never emerged, as most post-colonial African states never overcame the repressive colonial development model that existed.

On the other hand, the creation of the international community by the Western powers in itself, maintains the colonial-era status-quo, dictating the political system of developing countries and acting almost as a vigilante. If a country or nation strays away from the fabricated political model associated with Western norms, then a violent or non-violent intervention is usually justified. As long as the West maintains its authority in the self-created international community and its political systems continue to be imposed, Western concepts like: the nation-state, free markets, capitalism and excess resource-extraction are inescapable realities. In essence, the underdeveloped, post-colonial country will always exist due to the established political order, a limited amount of wealth and the impossible task of trying to ‘catch up’ with developed countries.

In South Korea, the Japanese had every intention of developing the country internally; the colonizers of Africa did not. “Rather, it was economic imperialism based either on mercantilism…or free trade…In both models, the colony was a specialized, usually very small unit of a much larger overseas economy of which the industrialized metropole was the centre” (Jackson and Rosberg, p.21). The resource-rich African continent was subject to a model of resource extraction and once Africans took over their own states, the momentum behind these specialized industries continued, leaving the colonial legacy intact.

Colonialism was Consistently and Inherently Self-Serving

Although the outcomes of colonialism may have differed between Japanese and Western methods, the intentions were the same. Colonialism was consistently and inherently self-serving.

It cannot be said that the Japanese consciously intended for the Korean state to enjoy liberal/socialist utopian suffrage, industrialization, worker’s rights, economic growth and human capital development, that makes the state a major player in the contemporary world. On the contrary, “except for a somewhat liberal interlude in the 1920s…the practices of the Japanese colonial state in Korea were brutally authoritarian”. Censorship in the press was widespread, demonstrations were put down by force, political organizing was banned, and the Japanese installed an internationally renowned surveillance state upon the Koreans (Kohli, p.1275). Ultimately, the desire for total control was best suited for the interests of Japan. The Japanese dismantled the Korean army, monarchy, and existing social structures and, “having captured the heart of the state, the colonial rulers sought to systematically create a depersonalized “public arena,” to spread their power both wide and deep” (Kohli, p.1273). The powerful Japanese empire could benefit most from their colony by applying economic and political measures compatible with theirs; like taxation, property rights, increased production, etc. As a result, South Korea reaped numerous unintended benefits and emerged with a political, economic and social landscape that conformed and could even compete with the strongest of the international community. Based on the nature of colonialism being inherently self-serving, had South Korea been as resource-riched as some African states, Japan then would simply extract resources to feed their own consumption and leave a different, less developed South Korea.

The intentions of colonialists may have been broadly the same, but the conditions of different colonies meant that what worked for imperialists in one case would not work in others. It may be taboo to espouse, but the hard-learned lessons of the colonialist past are valuable to present-day development scholars with the intent of preserving whatever cultural norms and unique political systems remain, in a rapidly modernizing and globalizing world. A fair analysis of colonialism’s different faces can bring about prescriptions which respect the truths and differences of developing nations.

*Constandine Patronidis recently graduated from the University of Macedonia in Thessaloniki with a master’s in International Public Administration. Prior to that, he completed with honours his undergraduate degree from the University of Guelph in Canada in Political Science. Constandine is a Canadian of Greek heritage and is fluent in Greek and English. His main research interests lie in diplomacy, armed conflict and nationalism & identity. He has been an intern at the Hellenic Foundation for European & Foreign Policy(ELIAMEP) based in Athens, Greece in 2019. In addition, he has interned at the Ministry of Foreign Affairs in Nicosia, Cyprus in 2017. Constandine has been employed in a variety of fields ranging from marketing, life sciences, restaurants, sports and education. Ideally, Constandine’s future plans involve working in an international organization or an NGO.