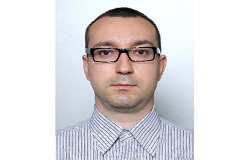 Seventy years ago, George Kennan designed the policy paper titled “Problem: The Inauguration of Organized Political Warfare”. In short, Kennan argues that during the times of peace Clausewitz’s doctrine could be adopted for the purposes of waging political war. Objectives would be reflected in the fulfilling of national agendas, achieving relative advantage and imposing nation’s world-view onto others, without the deployment of pure military means. [1] The growing importance of successfully managing the political risk, combined with the hybrid forms of warfare, may reintroduce both the Kennan’s report and the book “On Political War”, by Paul Smith, to the public. [2]

Why Serbia and Croatia?

The title of the article reflects our postfactual world and can be easily used in many sensationalistic newspapers, in both Serbia and Croatia. Most likely, the first part of the title, besides capturing the attention, would provoke various emotional reactions to the significant part of the populace, wrapped in prejudice and antagonism. The second part, which refers to the political war is less interesting for the public, but it is more important for policymakers and analysts interested in the relationship of the two most important former Yugoslav republics.

Serbian President, Mr. Vucic, visited Croatia on the 12th and 13th February. This visit was filled with small signals reflecting perpetual political tensions between Serbia and Croatia, addressing issues of displaced Serbian minority, disputed property and the issue of borders. Croatian President, Ms. Grabar-Kitanovic, wearing a coat with the word “Courage” embroidered on the sleeve, has offered well-balanced hospitality to her Serbian counterpart. [3]

Both Croatian institutional framework and Croatian economy are well-integrated in the Western liberal order. The integration processes have started long ago before the dissolution of Yugoslavia. It is expected that in the next two to five years Croatia will adopt Euro as its official currency. The Republic of Serbia, for that matter, has mixed blessing of being partially outside of Western established setting, given the current geopolitical position of significant plasticity which shapes both internal and external expectations. That is one reason why foreign policy and financial diplomacy of Serbia must be carefully evaluated and designed and why Serbian policy-makers are reframing its doctrine towards geoceonomics, searching for economic partners outside the European Union. [4]

While Croatia, mainly due to tourism, has significant state-brand equity, Serbia cannot look for the comparative advantage through this channel, at least not in the short to medium term. It can be argued that the country can be rebranded through the financial and economic power: this was the case with Montenegro, where policy-makers had pursued distinctive features and value proposals when compared to Serbia. One of the tools for designing such policy is the adoption of hard currency and the increase of easily observable living standards. [5]

When comparing Serbia and Croatia, it can be highly useful to reframe the perception and to abandon the position that the two countries have significant resemblances. Serbia has dual nature (given the historical, cultural and economic trajectories, it is part of both Western and Eastern scheme of things) while Croatian reinforced self-perception is strongly based on the extension of Western/German cultural and economic zones, which supposedly confirms its Western identity. However, given their proximity, common language, shared historical disturbances and economic interests, the upward trend of cooperation in economic domain (mainly trade) is likely to continue. [6]

What will future bring?

It is reasonable to expect that Serbia and Croatia will remain in this modality of adversarial cooperation, acting as a constant in the South European puzzle. This pattern of behavior would allow great powers to exercise their influence in the Balkans, simultaneously offering additional spaces for the political forms of conflict between the states, as briefly analyzed here.