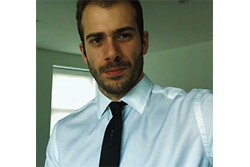 We are lucky enough and unfortunate at the same time to live in times where the world witnesses perhaps the most severe geo-political transformation since the war in Iraq and 9/11. It is now clear that this transformation is happening in the widespread area of the Middle East and the Balkans.
The coup of 15 July bared the complexity of the geo-political battle between the West and East. Sputnik International, an alternative news media agency came to transmit that Russian intelligence actually saved Erdogan that night. By providing intelligence to MIT (Turkish Secret Service) Russians according to Sputnik actually gained Erdogan’s trust after the tensions caused by the demolition of their aircraft from the Turkish Air Force back in November 2015. Thus, surprisingly we are now witnessing a new bond between Russia and Turkey which is clear threat to NATO and the West. However, how’s church involved in these games? What is the importance of the Ecumenical Patriarchate of Constantinople and how possible is a new schism within Orthodox unity?

It is widely known to those understanding well Russian foreign and geo-political policy that Kremlin always used religion and specifically Orthodox Church as a tool for promoting their interests. Russia’s standing position eternally was the ardent desire to transfer the Ecumenical Patriarchate from Istanbul to Moscow. Since the 15th century and Ivan the 3d, Istanbul is considered an unfit place for the temple of Orthodox religion. In our days, clear sings of the tensions between Russian Church and the Patriarchate are the statements of Patriarch Kirill of Moscow and one of the most influential Russian academic and spiritual societies – the Izborskiy- who openly argue that the Ecumenical Patriarchate is just a subservient to West and does not represent Orthodox interests.

Based on the above, it is not difficult to make the assumption that Moscow believes that West controls one of the traditionally crucial geo- political centers in the region – Istanbul. If we link the fact that, the night of the coup Patriarch Bartholomew was in Slovenia and not in Istanbul, things get complicated. It is known that Bartholomew- Fethullah Gülen share more than we think. On the other hand relations between Bartholomew and Russia as shown before are limited. Thus, it is this time for Russia and Turkey to share more than we think.

The Analysis: a bullet to NATO

Considering the above someone can reach the following conclusion. The failed military coup of 15 July was already known to Erdogan from the Russians. Erdogan let it happened in order to strengthen constitutionally his domestically. The Russians, by providing information to Erdogan and by saving his life, are in the position to actually come closer to their eternal goal which is to control the Ecumenical Patriarchate in Constantinople or transfer it to Moscow. If the Patriarchate is indeed Western-orientated, this is merely true, then Russia uses Turkey as the bullet to Western geo-political leadership in the region. No one can speculate if this is a planned policy or the manipulation of the coup. However, it is quite naïve for someone to believe that Moscow had not planned this. If that is the case, we face one of the most dangerous strategic maneuver after Ukraine crisis.

The outcomes are obvious:

• There is an attempt for the creation of an integral Russian Eurasian region
• Erdogan while having Russians watching his back, threatens USA to withdraw from NATO
• Erdogan accuses openly the USA and Israel for orchestrating the coup
• Russia proves why they did not act after the demolition of their aircraft from the Turkish Air Force in November 2015
• It has been revealed a security super-complex which brings back again the potentials of a new Cold War
• There is an open battle in the region, between the two major super-powers which try to control the geostrategic position of Turkey
• An Islamic Turkey works better for Moscow at the moment than a Westernized Kemalic State
• It is now clear why NATO ships came to Aegean Sea in the name of the prevention of the refugee crisis
• It now makes sense why after years of austerity, the United States Government clearly stated that Greek national debt must be eased significantly
• Greece is the key element for the maintenance of the Western equilibrium in the region