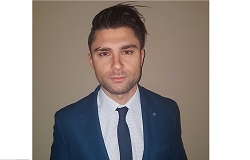 After the Turkish Republic was established in 1923 with the Treaty of Lausanne, its founding father Mustafa Kemal Ataturk set out to create the Turkish citizen. The Turkish nation became characterized as a community of Turkish–speaking Sunni Muslims from Turkish lineage. Armenian, Greek and Jewish communities in Turkey had received recognition as minorities in Turkey. No such recognition however was given to other ethnic groups such as Shiites and Kurds. The categorization had been shaped by a non-Muslim versus Muslim framework; not by elements of history, culture, language or ethnicity.1 The Kemalist cultural policy alienated Turkey’s largest ethnic minority. Like the Turks, the Kurds mostly adhere to Sunni Islam but differ in culture, language and history.