A group of 18 Italian sailors who were seized by Libyan patrol boats on September 1st while fishing in the Mediterranean have been freed by the eastern Libya authorities in Benghazi. The sailors had been accused of operating in Libya’s territorial waters as the southern Mediterranean fishing grounds have been disputed since 2005, when former Libyan leader, Muammar Gaddafi, unilaterally extended territorial waters to 74 nautical miles off-shore from 12, but Italy has never recognized the revised boundary.

The current Italian Prime Minister, Giuseppe Conte, and Foreign Minister Luigi Di Maio, flew to Benghazi, on a day-trip, to meet General Khalifa Haftar and attempted to present the liberation of the sailors as a success of the Italian government; however, while on a human level it is indeed great news that these people will soon be heading home, the outcome is only the last chapter of a total fiasco that started immediately after the sailors’ abduction on September 1st and it was unreasonably prolonged for 108 days.

The first element that must be taken into account is the fact that immediately after the abduction, the Italian Navy was apparently about to intervene with a unit of naval commandos to be transferred into the action zone onboard an AB-212 Asw helicopter, after taking off from the Durand Le Penne Navy ship, but the operation was never authorized, as exposed by Italian renown journalist and war reporter, Fausto Biloslavo for Panorama magazine.

The Captain of the fishing boat, Giuseppe Giacalone, claimed that Rome had reassured him that the Navy intervention was on its way, as the Libyan armed militiamen were besieging the boat: “Captain, don’t worry, the helicopter will be there in 20 to 30 minutes”. However, rescue never arrived.

It is unclear why the operation was never authorized and it was decided to undertake the diplomatic option, when the situation could have been quickly solved. According to the Panorama investigation, the Defense Minister (Lorenzo Guerini) was informed after the fact by the Chief of Defense Staff. Does this imply that the Navy decided everything without consulting the Government? The question yet remains unanswered.

Secondly, it is important to keep in mind that around the same time, Haftar’s men had also seized a Turkish boat. However, Ankara managed to have the boat released in only five days and despite the fact that Turkey is a strong ally of Tripoli’s GNA.

Besides the raid that never occurred, it is unacceptable that the 18 sailors were illegally detained in Benghazi for 108 days as the situation should have been solved in no more than one week, at the latest.

Additionally, it is unjustifiable that the Prime Minister and the Foreign Minister of Italy fly all the way to Benghazi to meet with an internationally-unrecognized leader and the chief of a militia that has illegally abducted 18 civilians. As if it was not enough, the two were received with full honors at the airport, with a “mise en scene” that seemed like a very useful spot for Haftar in order to obtain the international recognition that he was now lacking.  (The video of the ceremony is viewable here).

Conte might have thought that the situation would have been equally favorable to him, since he decided to take a day-trip to Libya, leaving behind all the very serious problems that are yet pending, including the social, economic, and health crisis related to the Covid-19 and the political disputes within his parliament coalition that are putting the survival of his own government at stake. The release of the sailors thanks to a brilliant government initiative, painted as a “Christmas present”, would have been ideal for the struggling leader, before the imminent Christmas lockdown that will cause more confusion and economic distress among an already exhausted population.

However, the situation was already being handled by the Italian foreign intelligence and it is not a case that the President of the Parliamentary Committee for the Security of the Republic-COPASIR (the body of the Italian Parliament that oversees the activities of the Italian intelligence agencies), Raffaele Volpi, used clear words to criticized the day-trip to Benghazi made by Conte and Di Maio:

“My sincere and affectionate thanks to General Caravelli and the Aise staff for their constant dedication and the decisive work done. My heartfelt gratitude goes exclusively to them”.

Volpi’s statement suggests that Conte and Di Maio have no merit in the matter, despite the catwalk, as they did in May with the release of Silvia Romano, when in full Covid-epidemic, the two showed up at the airport to welcome her and praised the great work of the Italian government and the intelligence. However, a cold shower quickly followed when the photo of Silvia Romano wearing a Turkish army battle-vest became viral on the web and several pro-Turkey and Turkish websites revealed that the woman had been freed by the Turkish secret service MIT (widely present in Somalia), following a request made by the Italian authorities to Ankara.

It is also important to bear in mind that Italy and Turkey are also providing intelligence to Tripoli’s GNA, as recently exposed by Israeli counter-terror analyst Oded Berkowitz. 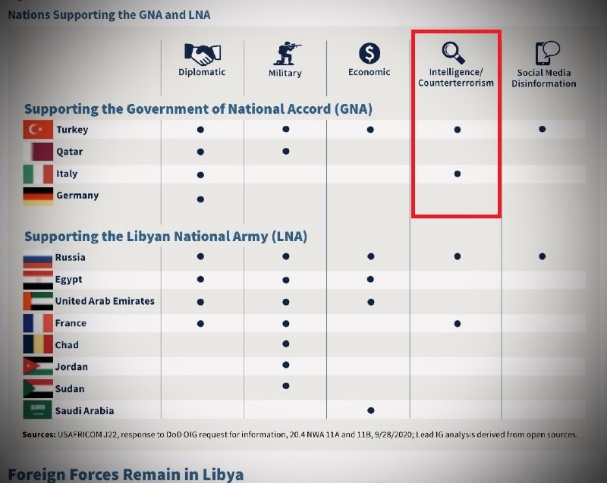 Going back to the Benghazi issue, as if it was not enough, the sailors weren’t even taken back to Italy on board the institutional aircraft; they had to wait in port until their boat was fixed and ready for departure, without any type of diplomatic assistance, while Conte and Di Maio were already back in Rome.

From a security perspective, the case raises very serious concerns as a country that does not intervene with its military when the situation requires it, leaving 18 of its citizens in the hands of the abductors for over 100 days, and with its Prime Minister and Foreign Minister that fly to meet the chief abductor, sends a horrible message of weakness and puts at stake the safety of its citizens abroad. This, without considering the reputation that Italy has among terrorist organizations, of a country that tends to pay ransoms (and Silvia Romano’s case in only the latest).

Another very serious issue is the ambiguity that the current Italian government is having in Libya, supporting the GNA together with Turkey and Qatar, while at the same time going to Benghazi to meet with Haftar. The strategy of keeping one foot here and one foot there simply does not work, and what has been seen with the sailors’ issue is a clear example.

It is very likely that Haftar, who is old and very clever, managed to exploit the situation to obtain some international recognition; Conte and Di Maio fell into the trap and somehow became tools of Haftar.

Again, Conte and Di Maio were received with full institutional honors, as well-exposed today by Italian journalist, Mauro Indelicato. Strangely enough, the two Italian representatives did not meet with the sailors nor did they head anywhere near where the 18 individuals were detained.

The cherry on top of the cake

Conte and Di Maio did not obtain anything useful from the trip, unlike they might have initially thought. It would have been much more suitable to let the Italian foreign intelligence deal with the situation, and with all the necessary confidentiality.

As if it wasn’t enough, additional embarrassment emerged as several Italian media news sites exposed how Conte’s spokesperson, Rocco Casalino, answered the questions raised by the press regarding the situation of the sailors with a GPS screenshot that showed his location status at Benghazi airport. However, shortly after, Casalino himself claimed that he hadn’t sent any GPS location status and that it was simply an error of Prime Minister Conte’s mobile phone. 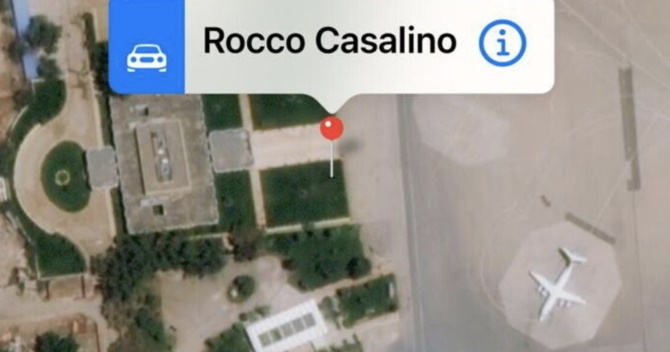 As initially said, if on the human level everyone is happy about the release of the sailors, from a political, diplomatic, and security perspective it’s one big fiasco and it is not a case that this time the Italian government did not make any public celebrations with the media. Government-oriented TV news cited the liberation of the sailors but did not discuss Conte and Di Maio’s visit to eastern Libya. Even the most clever and functional political propaganda machine would have been unable to turn this fiasco into a success.

Mauro Indelicato is correct when he explains that Italy has lost both politically and in relation to its image on an international level. Italy has lost its influence in Libya and the country is presenting itself as weak.

The impression is that Italy will have to start all over and with a different government in order to reacquire the international political importance that it once had.