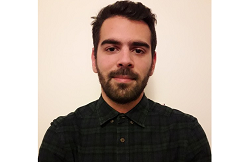 The wider region of Macedonia has been under research and intervention by the International community ever since it made part of the Ottoman empire. During the Balkan wars of 1912-13 an international commission, established by the Carnegie Endowment for International Peace, was sent into the belligerent zones in order to inquire the causes and the consequences of that destructing war of the Balkan allies who turned to be enemies in less than a month. There, they registered all the atrocities that took part during the second and most violent Balkan war as the main actors, Greece, Serbia and Bulgaria tried to impose their national identity into the multiethnic and multicultural lands of Macedonia and Thrace. The Balkan wars were the long expected final resolution of the historical Macedonian Question in a contest of competing nationalisms and the gradual declining of the once powerful Ottoman Empire. The Carnegie members suggested that as long as there is no international institution to observe on the world peace, people will keep on assaulting each other with the same mania. That conclusion, as well as other proposals held by the commission fell into shadow as World War I broke only a short time after the publication of the inquiry. The Great War though, would not include only the pariahs of Europe as was the case of the Balkan wars but also the Great Powers, the ones who had most to lose if dragged into conflict according to the Carnegie members.

The rise of the new Macedonian Question about the modern state of FYROM and its struggle for internal peace and international recognition beginning from 1991 came in a totally different historical and political framework. This time the international cooperation through institutions was not the desired target to reach but a given fact and the matter at stake was whether they could mediate effectively over the issues and provide sustainable solutions. Their task was also not to bring peace on an ongoing conflict (which was the case of the first Balkan wars and the northern parts of Yugoslavia at the time) but to build the conditions under which a war would be avoided in the region while the countries would have more to win if resolved their disputes rather than keeping them alive. The first international operation held at the soil of FYROM was the United Nations Preventive Deployment Force or UNPREDEP which would be the first of its kind. At that time the war in former Yugoslavia was in full power and the international fear was that if the conflict was spilling over FYROM then it would almost impossible that regional powers like Greece and Turkey would not get involved. In fact, the UN received warmly the call of the first president of FYROM, Kiro Gligorov for an intervention in the country and their mission was based on three pillars, related to both the internal needs of the country and the geopolitical dynamics of the region.1

The first pillar and probably the most successful of the operation was the military one. UN deployed troops that had as a mission the monitoring of the borders and mainly the borders with Serbia (Kosovo) and Albania. The military part proved to meet its targets and it handled efficiently the crisis that appeared mainly with the Serbian forces and the stabilization of the common frontiers. Illegal drain of manpower and weapons from Kosovo and Albania into FYROM was put under control in most of the cases.2 The second pillar was the political one and the principal objective was to render possible a dialogue between the competing ethnic groups of the country and especially the most populous ones, the Slavs and the Albanians. Although some severe incidents between them were not avoided it is true that during UNPREDEP operation the situation never went out of control as it would be the case of the 2001 crisis when UN’s mandate in the country was over for two years.3 The third pillar was the humanitarian action and perhaps it was the one that resembled most the Carnegie proposals. UN officials sought to create a minimum of social care and infrastructure in this totally backward country.4 UNPREDEP met its fate in a rather clumsy way as the new government in FYROM, with the nationalistic IMRO as the main partner, took the audacious decision to recognize the republic of Taiwan (FYROM would receive huge Taiwanese investments in turn according to the plan). As expected, China vetoed the continuation of the UNPREDEP mandate and as a result since March 1999 the operation ceased to exist.5

However, 1999 proved to be a crucial year for the Balkans and specifically for FYROM with the culmination of the conflict in Kosovo and the intervention of the West. During the war tens of thousands of ethnic Albanians fled to FYROM in order to escape the ethnic cleansing operations ordered by Milosevic. The end of the war though found some of them remaining in FYROM while the NATO intervention in favour of the Albanians in Kosovo encouraged the Albanian minority in FYROM to take similar action and that is how the intrastate conflict broke in the first months of 2001.6 At that time NATO should fill the gap left from the departing of the UN from the country. NATO called the two parts to come into the Ohrid agreement which provided a series of constitutional concessions for the Albanians. The slavic majority in the country received NATO and the Western organizations as the “protectors” of the Albanian interests in the Balkans and doubted whether the Euroatlantic solution would be the ideal choice for them, given also the disputes with Greece about the name.7

Nevertheless, Skopje policy gravitated towards Europe and in 2001 (put into force in 2004) there was the signing of the Stabilization and Association Agreement between the EU and FYROM. FYROM submitted its application for EU accession in 2004 and after corrections and revisions it became an official candidate member in 2005, as of today though official negotiations have not begun due to the objections of Greece. When it comes to Greece, since the very beginning  Athens refused to recognize FYROM by its constitutional name, the Republic of Macedonia as it claims that the use of the term Macedonia constitutes a cultural, historical and political claim unto the Greek region with the same name. The culmination of the tensions of the first years after Skopje’s independence was partly settled with the UN intervention and the signing of the Interim Accord in 1995. According to this Accord Greece would not object the inclusion of Skopje into the international organizations under the provisional name of “FYROM” while Skopje should renounce its irredentist policy as well as the use of historical symbols such as the Vergina Sun. Greece shortly after the Interim Accord became one of the main investors in FYROM, especially during the years of its economic ‘imperialism’ in the Balkans8 but the rise in power of the ultranationalist Gruevski in FYROM in 2006 and the Greek veto at Bucharest regarding the accession of FYROM at NATO hardened the relations between the two states.

These days the Greek government along with their new counterparts from Skopje are on discussions, under the auspices and perhaps the pression of the International community, in order to find a final solution about their name dispute which will unblock FYROM’s route towards the euroatlantic organizations. The solutions proposed are not expected to be anything new but rather a “re-cooking” of the older ones which will render the political cost of any decision too tough to handle. As classical authors have suggested, such as the Carnegie members or George F. Kennan, the mutual mistrust and the “aggressive nationalism” that prevail in the Balkans complicates any perspective of compromising and dialoguing. Nevertheless, the Balkan peculiarity is not the only one to blame for the unresolved question. Among the many conclusions the Carnegie members have reached, the one they have accentuated most was that the Great Powers should stop exploiting the small Balkan nations. Great Powers though like the USA, the Russian Federation or organizations like the NATO and the EU seek first how to settle their own interests when they try to provide solutions on the ongoing disputes in the Balkans. The inconsistency of such policies has more often than not energized opportunist and unilateral actions by several groups in the internal of the countries involved.