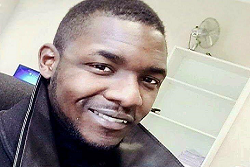 The Police force is one of the most important elements of the criminal justice system, as it serves as a representation of the state’s public authority. The role of the Police in the prevention, detection and punishment of crimes, necessitates a proximal relationship between the Police and Citizens. The implications of this proximity means that the police serves as an initial point of interaction between perpetrators of crime and the state, as well as victims of crime and the state. The Police force is often saddled with the responsibility of representing and enforcing the values and norms expressed in the legal systems of a given society.