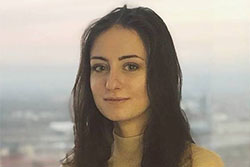 The work aims to characterize and evaluate the INF treaty. Moreover, the provisions of the treaty will be described, as well as the reasons for departing from it. The subject of the attitude of the rest of the countries to the decision of Donald Trump will also be discussed. Finally, I will consider the decision to depart from the treaty, as well as the possible forecasts that will result from the end of the INF treaty.

*This research paper was written during the author’s internship at KEDISA (15 July 2019-15 October 2019). Her internship took place as partial fulfillment of the MoU signed by KEDISA and the Polish Naval Academy in June 2019.