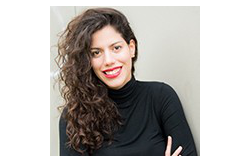 With the amount of refugees that have been arriving within the European continent, we have been witnessing a lot of turbulence throughout the member states and in the national parliaments, fear, shutting down of borders, extremism on the rise, fear of terror. In addition to that, it seems like there is a battle between the EU states as to which country is going to be more unattractive to the refugees and will manage to get the least amount of them.

This is consequently leading to actions that are not standing within the European principles and norms and that seem to violate the international law, such as the confiscation of the assets of the refugees, an amendment recently voted by the Danish Parliament as Bill n. 87 (Lov om ændring af udlændingeloven, 2016), which had the support of 81 members of the parliament, as opposed to 27 against it.  The controversy here is that the Danish Parliament is basically giving the right to the police to search the refugees and confiscate their valuables, which is ultimately raising questions on the right to property (Tan & Feith, 2016), the proportionality principle, the non-discrimination principle and on the general legality under the Union and/or international law.

The Danish Parliament, in an effort to justify itself, is comparing these acts to the ones of Germany and Switzerland, while the Danish Minister of Integration compared the refugees to the Danish citizens, who must sell their assets worth over 10.000 kr in order as to receive social benefits. How valid can these comparisons be, though? Is it lawful to compare refugees, who are asylum seekers and do not have the full citizenship rights to Danes, who have the right to vote and all other rights that are coming together with being a citizen of a state? And the question that comes up right after is the one on the EU itself: is that how Europe is supposed to be?

Germany (some provinces, not the whole country) and Switzerland are countries that have been collecting money from the refugees so as their expenses will be taken care of during their stay in the country. And it is with regards to those practices that Denmark moved on to the confiscation of assets, which is already now in effect after the voting in January 2016. Switzerland, however, has legal provisions on giving the money back to the refugees upon departure from the country, while Denmark hasn’t. How legal is to confiscate assets, though, and/or to take money out of the pockets of the refugees upon arrival on a foreign country?

Starting with the 1951 Refugee Convention (UNHCR, 1951), it is important to note that there are certain provisions related to property, and which are protecting the right to property of refugees, based on the principle of non-discrimination: as the confiscation of assets concerns the refugees only, that means that it is discriminatory, as refugees should have the same treatment as all other foreigners. In addition, in the Additional Protocol I to the European Convention on Human Rights, Article 1 (1) one can see that:

“Every natural or legal person is entitled to the peaceful enjoyment of his possessions. No one shall be deprived of his possessions except in the public interest and subject to the conditions provided for by law and by the general principles of international law.”

In addition to this, the Reception conditions, as set out in the 2013/33 Directive (EU, 2013), do not allow the striping off of the refugees and the confiscation of their assets, as this is not stated within the relevant provisions. A refund, though, may be requested by the relevant state, in the case that it is proven that an individual has the means to cover his/her own expenses. This Directive, however, is not applicable in the Danish case, as the country has opted out from it[1]. Still, the country should be bound to the proportionality principle, according to which there should be a genuine government end in order to proceed to any confiscation of property (Groenendijk & Peers, 2016).

The Danish government continues to reassure the public that this is an absolutely lawful procedure, and that with this amendment the refugees will pay their “fair share”, just as the Danish citizens do, despite the fact that the refugees do not enjoy the rights of the Danish citizen.  It is very hard, though, to prove that any confiscation of assets will pay this “fair share” (Jakobsen, 2016) of the refugees towards the Danish government, and it is highly unlikely that their assets are an actual benefit towards the Danish interests. With the example of Switzerland, the amount of only 210.000 Swiss francs was found in the pockets of 112 individuals in 2015, out of the 45.000 people that sought asylum during the year, while to this day, 0 kr has been found in the pockets of the refugees that have tried to cross Denmark ever since the voting of the Bill n. 87 (Nyheder, 2016).

Instead of going for the Dutch or the German practice, where Hollanders and Germans are keeping an amount of money from the salary of the refugees after they get employed, as a contribution to the country that has hosted them, the Danes simply decided to take the situation to the borders and to strip people off, as this whole decision serves the higher purpose of making the country an unattractive destination. It is, however, according to the UNHCR, a violation of European Convention on Human Rights (as explained above), the UN Convention on the Rights of the Child, and the UN Refugee Convention (also explained above).

The rest of the EU and the deadlock ahead

And while the rest of the European Union declares shocked and numb by the Danish legislation, and even invited the Danish government officials in Brussels (Breitbart, 2016) a few days before the voting to explain itself further upon the amendments that would be voted by the Folketinget[2], it is still not in a position to give a better solution to the refugees and their handling. The national parliaments are one by one collapsing and declare unable to handle the excessive amounts of people. After the closing down the borders of Denmark, Sweden, Germany, Austria and Hungary, we see a joint military action in the Aegean, coordinated by Turkey, Germany and Greece, which has the purpose of keeping the refugees into Turkish soil. This has been part of the recent deal between Turkey and the European Union, and this is why Turkey is now a receiver of 3 billion euros per year. By the looks of it, three warships, backed up by planes are put into force so as to intercept the refugees in Turkish waters and take them back to Turkey (MacAskill & E, 2016) before they reach the European coasts and the Greek islands.

At the same time, Greece, torn by the financial crisis and the influx of refugees itself, is given a deadline of three months to “deal” with the situation itself, or it will temporarily find itself out of Schengen for a period of two years (Rankin, 2016). With summer 2016 ahead only in a few months and the natural increase of the refugee numbers to be expected, the EU is giving deadlines to a country that is not receiving any financial assistance at the moment, apart from the military presence of NATO in the Aegean, while FYROM and Turkey, non EU states, are receiving significant funding so as to administer their borders.

There is one thing that needs to be taken into account, though: despite the military presence ahead of the refugees and the fact that there are countries that shut down their borders or that decided to strip them off to get their valuables, this is surely not going to stop the people flows: on the contrary, this will encourage the refugees even more, as there would be a greater chance of being picked up in the event of boats sinking in Greek waters. And even if they are being pushed back in Turkey, this will surely not stop them from trying again to chase a better life. And all that, in a Europe of solidarity, humanitarian principles, justice and human rights: good luck, Europe.

Rankin, J. (10. February 2016). The Guardian. Retrieved 15. February 2016 from Athens given deadline as EU looks to send more refugees back to Greece: http://www.theguardian.com/world/2016/feb/10/eu-gives-greece-one-month-to-improve-conditions-for-refugees

[1] Denmark initially rejected the Maastricht Treaty in 1992, but became later a part of the EU by being granted opt outs in certain fields, one of which is immigration.