The Covid-19 crisis in Italy has raised many questions, not only on how the virus reached Italy, which is probably the least important aspect right now, but specifically in relation to the extremely high numbers of infected and casualties, as well as regarding the inappropriate way in which the leadership handled the emergency, as pointed out by the Harvard Business Review, which strongly criticized the Italian government for its delay in implementing the nation-wide lockdown.

At this time, it is quite premature to look for definitive answers, however it is worth making a few considerations in relation to the aspects exposed above.

How did the Covid-19 reach Italy?

On March 5th 2020, a letter written by German doctors and published on the New England Journal of Medicine stated that the first person infected with the Virus in the EU could have been a 33 years-old German citizen who had met for work with a colleague from Shanghai on January 20th and 21st, as reported by Italian newspaper Repubblica.

This hypothesis was further explained on March 11th by Dr. Massimo Galli of Milan’s “Sacco” Hospital and professor of Infective Diseases at Milan’s “Università Statale”; according to Dr. Galli’s investigation, the Virus could have had its start in Munich, where the work meeting took place and consequently reached the Italian area of Lodi, one of the first Virus hotbeds on Italian soil.

A second hypothesis relates to the heavy flow of travelers flying to and from China in the period of time between December 2019 and January 2020, in conjunction with Christmas holidays, the New Year as well as the Chinese New Year. In addition, it is worth keeping in mind the strong business bonds between Europe and China that daily bring thousands of people to travel.

As a matter of fact, on January 31st, a Chinese couple coming from Wuhan had tested positive to Covid-19 and had been hospitalized in Rome.

As previously said, figuring out who patient zero really was is surely important for research, but it is not the priority at the moment. It was obvious and inevitable that the “Chinese Virus” would quickly reach the rest of the globe in an era of fast global mobility; however, one big mistake was made, as many thought that a so-called “Chinese Virus” would only affect China. A mistake that was done by the Italian leadership and repeated by other European countries when Covid-19 initially hit Italy. A Chinese problem? An Italian problem? No! A global pandemic.

Why is the number of infected and casualties so high in Italy and why were the Lombardy provinces of Bergamo and Brescia hit so hard?

Additionally, it is also important to examine which countries are performing tests on the deceased, in order to see if they were positive to the Virus. Also, a difference must be made between those patients who died because of other pathologies in addition to Covid-19 and those who died exclusively of Covid-19.

According to an updated study conducted by “Istituto Superiore della Sanità” (Superior Institute of Health) on 12,550 patients who died of Covid-19 in Italy, the average age of the deceased is 78 (82 for women and 78 for men). 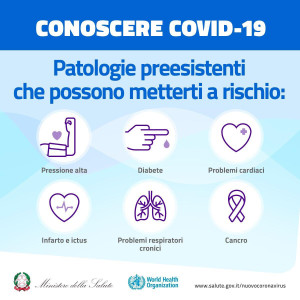 It is also important to keep in mind that several doctors have exposed how smokers risk up to 3 times more than non-smokers.

As to the high rates of mortality in the provinces of Bergamo and Brescia, the causes are still unknown, but several considerations have been made. Firstly, it is important to keep in mind that the whole area of Lombardy is very polluted, the air is so bad, especially in the Milan metropolitan area, that the authorities are often forced to implement traffic blocks in order to lower the pollution level. By examining the map showing the diffusion of the Virus, it is interesting to see how the areas that are usually classified as more polluted are also the ones with a higher density of infection.

The north of Italy is a highly industrialized and business-related sector, with a heavy traffic of people and as a consequence it is at higher risk of Covid-19 diffusion.

Additionally, it must be recalled that on February 19th Bergamo’s soccer team Atalanta played against Valencia in Milan’s San Siro stadium. As thousands of people from the three cities and beyond rushed to the stadium, it is very likely that the Virus easily expanded among them. It is not a case that one of the Spanish hotbeds of the Virus is the city of Valencia.

Why was the Italian government criticized in regards to the implementation of the emergency measures?

In order to answer that, it is worth taking a look at the timeline within an article published by Russian website “Pravda Report”:

On February 1st, the declaration of emergency, signed by PM Conte the previous day, is published on the Gazzetta Ufficiale. The previous day, a Chinese couple coming from Wuhan had tested positive to Covid-19 and had been hospitalized in Rome.

Between February 19th and February 20th, some hospitalized patients began to test positive and the epidemic broke out in the Lodi and Padua provinces.

On February 22nd, the government announced a new decree imposing the quarantine of more than 50,000 people from 11 different municipalities in Northern Italy. The quarantine zones are called the Red Zones and the areas in Lombardy and Veneto outside of them are called the Yellow Zones. On February 26th, Director of the Italian National Institute of Health Franco Locatelli announced that Covid-19 tests would only be performed on symptomatic patients, as 95% of previous tests were negative.

On February 27th, schools in different regions of Italy began to close down, according to decisions of local governors.

On March 1st, the Government approved a decree to organize the containment of the outbreak. In the decree, the Italian national territory was divided into three area: a red zone (which included the areas where the epidemic broke out and where the whole population was in quarantine); a yellow zone (Lombardy, Emilia Romagna and Veneto) where all social and sport events were suspended and schools, theatres, clubs and cinemas shut down; the rest of the Italian territory, where preventive safety measures were advised and performed.

On March 4th, the Italian government imposed the shutdown of all schools and universities nationwide for two weeks as the country reached 100 deaths from the outbreak.

On March 7th, the Italian government approved a decree to lock down Lombardy and 14 other provinces in Veneto, Emilia-Romagna, Piedmont and Marche, involving more than 16 million people.

On March 9th, Prime Minister Conte announced that the whole Country was placed on lockdown.

It is unclear why the Italian government waited so long to implement nation-wide measures despite the fact that the emergency declaration had already been signed on January 31st and with the perspective of a six-month period.

It is also important to recall that, throughout the month of February, way after the emergency declaration had been signed, several left-wing politicians had spoken against proposals by Lombardy and Veneto’s presidents to close borders and take tight measures, defining them “racist” and inviting people to hug the Chinese. Among them, Milan’s mayor Beppe Sala, Florence mayor Dario Nardella, Tuscany’s president Enrico Rossi. Milan’s Partito Democratico (PD) had even launched the initiative “Milan doesn’t stop”, encouraging social life, with PD’s leader, Nicola Zingaretti, taking part in the event and defining Covid-19 “a simple flu”. Zingaretti later tested positive for Covid-19 and was placed on quarantine.