The Center for International Strategic Analyses (KEDISA) and the Embassy of the Republic of Lithuania in Greece co-organized on Tuesday, November 24 2020 with great success a webinar titled: “The Geopolitics, Energy Security and Safety of Nuclear Energy”.

His Excellency the Ambassador of the Republic of Lithuania in Greece, Dr. Rolandas Kačinskas, opened the webinar with his introductory speech. He stated that as global demand for electricity grows, so does the need for nuclear power. The number of global nuclear projects rises. At the same time, however, there are serious concerns related to the use of nuclear energy. He mentioned that the purpose of the webinar was twofold: a) the geopolitical and security aspects of nuclear energy, and b) nuclear safety and environmental issues. Dr. Rolandas Kačinskas pointed out that Lithuania has consistently raised energy security concerns. Since the Belarusian nuclear power plant started to take off 25 km from the border with Lithuania, safety and environmental issues of nuclear energy have become increasingly important. Furthermore, these issues have an EU-wide impact. Therefore, according to H.E. the Ambassador of Lithuania in Greece, we must understand the situation and assess the future challenges thereof.

The Founder & President of KEDISA, Dr. Andreas G. Banoutsos, in his welcoming introduction, thanked the Embassy of Lithuania in Greece and personally H.E. the Lithuanian Ambassador Dr. Rolandas Kačinskas for co-organizing the webinar and said that the topic is very interesting as nuclear energy security issues affect not only Lithuania and Greece but the whole of the EU.

Ms. Jane Nakano, Senior Fellow, Energy Security and Climate Change Program, Center for Strategic and International Studies (CSIS), Washington, D.C. spoke on the topic “The Changing Geopolitics of Nuclear Energy”. She said that after World War II, the USA became a leading force in nuclear energy with 95 nuclear reactors today. The USA has the largest commercial fleet in the world. But, as oil and gas prices are very low, the nuclear sector has been under pressure especially after 2013. Several nuclear units have been shut down, while only two new nuclear units are under construction. Also, no US nuclear reactors are being built outside the USA today. This relative decline in the USA’s leadership is happening when Russia is boosting its dominance in nuclear energy. As she pointed out, Russia had a major setback with the Chernobyl accident in 1986 but since then, it has managed a remarkable back. Between 2009 and 2018 accounted for more than half of 53 nuclear reactors under construction with Russian reactors in Bangladesh, Finland, Ukraine, Belarus and Turkey. In 2018, Rosatom presented a 10 year portfolio of 133 billion US dollars. Ms Nakano pointed out that the Russian reactor in Hungary has geopolitical implications for the EU. Also, the Russian nuclear project in Akkuyu, Turkey which will be complete by 2023 has strategic implications especially for the relations between Turkey and the USA and poses serious security risks for the USA and NATO. In a relevant question by the webinar participants, she pointed out that the Akkuyu project has geopolitical implications as well as financial implications, in the sense that it is an expensive project which may not interest Russia to proceed further.

China, on the other hand, is becoming a major force in nuclear energy commerce. Until 1991, China had no nuclear power but between 2011 and 2019, 35 new domestic reactors have been built and it is expected to become a leading global nuclear power. Despite the 2011 accident in Fukushima, China’s nuclear targets still remain quite strong. Its commercial fleet is expected to overtake the French commercial fleet in the coming years and the US commercial fleet by 2030. China has built nuclear reactors in Argentina, Brazil, the Czech Republic, Kenya, Malaysia, Turkey, Saudi Arabia, Thailand and South Africa. Furthermore, a Chinese-designed reactor is planned to be built in Essex, UK.  However, after Boris Johnson’s decision to phase out Huawei’s 5G technology from the UK, the prospects of construction of a Chinese nuclear reactor in the UK are uncertain. If the project proceeds, the UK will be the first OECD economy with nuclear power competing with the EU.

As Ms Nakano explained, Russia and China are more competitive in the nuclear energy market in comparison with the USA, offering good technologies with attractive financing outside OECD regulation. Large funding with long repayment terms is also available. In her view, the two nuclear power supplier countries, Russia and China share a similar state capitalism tradition and are expected to completely reshape the global nuclear commerce. These rising new global powers will certainly acquire more influence in international affairs.

Ms. Hanna Smith, Director of Research and Analysis of the European Centre of Excellence for Countering Hybrid Threats (Hybrid CoE), Helsinki, discussed the risk of Hybrid Threats in Nuclear Energy Programs. She said that there are hybrid threats in relation to nuclear energy especially in authoritarian states. There is a potential misuse of nuclear power and destabilization. Many authoritarian states with nuclear power can pose hybrid security threats for other states. Their authoritarian undemocratic culture can divide the host state. Many dependencies are created as these nuclear companies are connected to authoritarian states. So, according to Hannah Smith, there is a great fear that a nuclear power can interfere with democratic states causing destabilization, division and national security threats. She was also quite skeptical about Rosatom’s dependency on the Russian State and the hybrid threats that can ensue.  Nuclear energy sector is also an area than needs to be looked through the hybrid threat spectacles and make sure that the rule of law is respected. She believes that authoritarian states can impose their will on democratic states through nuclear power which can be used as a geopolitical tool to upgrade their position within the international system.

Mr. Themistoklis Z. Zanidis, Analyst at the Center for International Strategic Analyses (KEDISA), delivered a presentation on “Nuclear Energy as a Geopolitical Tool: the case of Turkey”. According to Mr. Zanidis, Turkey’s strategic goal is to become a hegemonic power by overturning the status quo.  One of the pillars of Turkish policy is nuclear energy and its desire is to develop nuclear “arsenal”. The aforementioned is part of Ankara’s strategic goal to become the dominant power within the Islamic world as well as a regional power. This ambition is substantive since it has been expressed by many Turkish officials including the President R.T. Erdogan, who has stated his desire for Turkey to become a nuclear power.  Turkey continues its efforts to increase the share of renewable energy sources and to add the nuclear power to its energy mix, in order to reduce its energy import dependency and to maximize the use of indigenous energy resources.

As he pointed out, the construction, by Rosatom, of a nuclear reactor in the Mersin region will allow the Turkish industry and Turkish scientists to deal with the nuclear energy sector, gaining valuable experience. The plant will be made up of four units with a capacity of 1,200 megawatts each. Furthermore, the construction of a nuclear power plant in an earthquake zone at Akkuyu has alarmed neigbouring countries, including Greece, which suffers from earthquakes on an annual basis. So, the contingency of a nuclear disaster should be taken under consideration.

He concluded by saying that Turkey’s revisionist policy, driven by the New-Ottoman doctrine, constitutes a realistic threat for the entire region. President Erdogan and other officials have declared their intention to transform Turkey into a global power through nuclear energy and weapons. Given the distance between nuclear power plants and the development of nuclear “arsenal” constitute an unacceptable hazard  for the region’s balance of power.

In the second part of the webinar, Mr. Albinas Zananavičius, Vice-Minister of Foreign Affairs of Lithuania, gave a presentation on the topic of “European Nuclear Energy and the European Energy Security Strategy: Perspectives from Northeastern Europe”. He said that there are many threats in relation to nuclear power. Lithuania fights for its freedom and independence. Nuclear power can be used by many states as a tool to expand their sphere of influence and shift their geopolitical dynamics. Energy security is important for all countries. As he said, Lithuania had been extremely dependent on one supplier, Russia, and had been isolated from the rest of EU. However, steps have been taken to change this situation in order to be integrated in the EU’s energy market. Lithuania has gained energy independence from Russia and now imports energy from Europe, Africa and the USA. By 2025, it is expected that the Baltic states we will connect to EU energy networks and get independent from Russia.

However, he warned that a threat is emerging from the Belarus Nuclear Power Plant(NPP) unit built near the Lithuanian borders. In his view, this nuclear station is not a just threat to Lithuania’s energy security but also raises very serious safety concerns. Many safety deficiencies were found in this unit by EU nuclear experts. Nuclear regulation authorities in Belarus are not capable to ensure nuclear safety. Further, he emphasized that Rosatom is part of the Russian foreign policy extending its geopolitical influence on Lithuania and the EU. The EU will be soon surrounded by nuclear stations in neighboring countries with no good safety specifications. These safety challenges can be addressed by the EU through a common approach. Effective management of energy security issues requires the collaboration of a broad range of actors that goes beyond both geographical differences in relation to the use of nuclear energy. There might be surplus electricity produced by Belarusian nuclear unit which must enter the EU market and being sold under cost which in the long run would undermine our energy security. Lithuania will fight to prevent this situation.

Mr. Constantinos Stambolis, President of the Institute of Energy for Southeast Europe-IENE, Athens gave a presentation on the topic of “European Nuclear Energy and the European Energy Security Strategy: Perspectives from Southeastern Europe”. He said that South East European markets posses a strategic position for energy markets. He pointed out that although renewable energy resources and nuclear power will be at the core of the EU’s decarbonization process, many South Eastern European countries are very slow in this process while opening new lignite production units. However, gas and nuclear energy will gradually replace coal in South Eastern Europe.  He disagrees with the argument that nuclear plants cannot be flexible. Transition to nuclear energy and renewable energy sources will certainly play a crucial role in South Eastern Europe in the future.

Mr. Kamil Klysinski, Specialist in Belarusian Affairs, Center for Eastern Studies (OSW), Warsaw, Poland  gave a presentation on “Nuclear Energy Safety Challenges in EU Neighborhood: the Belarusian NPP case”. He said that Belarus is not an ally of Lithuania, as it is highly dependent on Russia. The location of the nuclear unit is controversial, because it is very near to the Lithuanian border and is also an earthquake zone. According to Mr. Klysinski, there are also transparency issues as this nuclear project was given to Rosatom directly without any open transparent competition so it was a purely political decision based on the relations of Minsk and Moscow. Therefore, Lithuania is not interested in importing nuclear energy form Belarus. Mr. Klysinski pointed out that there are safety threats and financial risks associated with the Belarusian nuclear energy station. He ruled out the possibility of Belarus exporting nuclear energy to Poland. Finally, he asked for more co-operation and solidarity from other EU Member States to prevent the Belarusian energy from undermining the EU energy security, safety and energy independence from Russia.

The webinar was completed with questions and a discussion of the geopolitical implications of the development of nuclear energy and the risks associated with this. 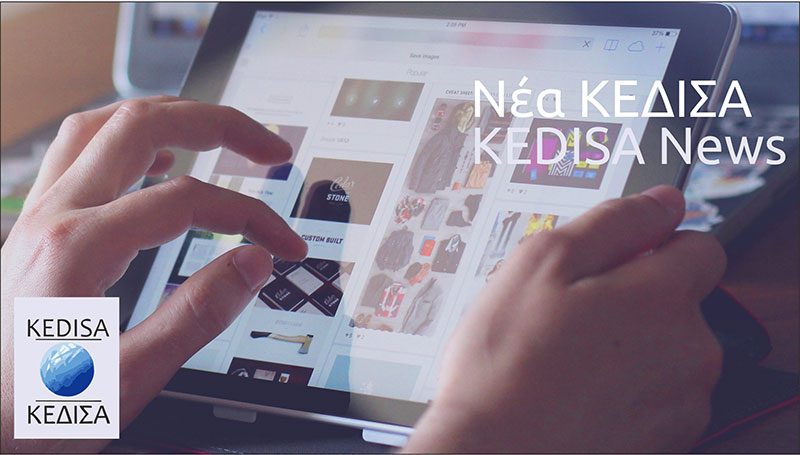