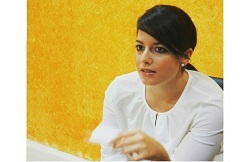 In recent years, there has been an increasing interest in the definition of terrorism while many researchers have connected the 9/11 attacks with a new generation of international terrorism that is called “new terrorism”. It is argued that Al Qaeda and its allies adopted a new form of terrorism that has its purpose of killing more people while others are watching. The debate that has emerged is whether there is the so- called “new terrorism” or there is only one type of terrorism that has been improved as the globalization has affected the world. Α definition of the “new terrorism” can play an important role in addressing the issue. The word “new” may refer to something that has never appeared before or something that existed but now appears with a different form. Those in favor of this new form address that in the late 1990s and especially after the 9/11 attacks, terrorism has changed and has become more lethal with an obvious religious tone and a wide network. By contrast those against, consider terrorism as a phenomenon of sociology that keeps changing because of the improvement of the society and technology but most of its elements remain the same.

To begin with, it is of high importance to define the new characteristics of terrorism that the researchers argue that appeared in the aftermath of the 9/11 attacks in the United States. Numerous studies have attempted to explain the lethality of the “new terrorism”. To be more specific, it is argued that this new form of terrorism has changed its targets and aim to attack as many people as it is possible without considering if they are civilians or politicians. A remarkable example of this kind of lethality is the 9/11 attack that killed almost 3.000 people in the heart of America. But, at this point, it is important to mention the counterargument that however this mass killing that the new generation of terrorists aims truly exists, the targets continue to be symbolic. By mentioning the word “symbolic” the author aims to show that the places that the attacks take place are important for the enemy state besides the fact that politicians are not killed most of the times (examples are the 9/11 attacks in 2001, the US Embassy bombings in Kenya and Tanzania in 1998, the World Trade attack in New York in 1993 etc.). Of course when we refer to lethality we should also take into consideration the way that these attacks take place. It is notable the fact that more terrorists decide to kill people in front of the media. More specifically, it has come to our attention the fact that the members of the extremist religious organization; the Islamic State, use videos in order to show in front of the camera how they behead their enemies. This kind of lethality has been noticed the recent years. The question that emerges at this point is whether this is a characteristic of a new type of terrorism. Of course, as technology continues to be evolved, terrorists will find more ways in order to succeed and threaten their enemy, but the horror and barbarism of terrorism always existed.

This form of lethality is connected to religious terrorism. Religious terrorism appeared intensely the last decades and especially in the 1990s and has its purpose of destroying the world of infidels including not only politicians as mentioned before but also whole populations. Al Qaeda and its branches are considered the protagonists of the religious terrorism. This wave of terrorism is different than the old one because its aims are not political. The main goal is the extinction of the infidels (those who do not embrace Islam) while the greatest enemy is the United States. The arguments against this opinion are various. First of all, religious terrorism is not a phenomenon that has no connection to politics. Religious terrorism is a way to cover the real reasons for terrorism that are connected to politics. A great example is that the main purpose of Al Qaeda and nowadays the Islamic State is to gain more power and territory in order to achieve the creation of a Caliphate and the dissemination of political Islam. Furthermore, Hezbollah and Hamas are two groups connected with religion that have political aims. In addition religious focused terrorism is not a new phenomenon if we consider that terrorist groups in the past such as the Irish Republican Army (IRA) and Ku Klux Klan had a religious inspiration.

In addition, new terrorism supporters are also trying to underline the new means of attacks that terrorists use in order to hit their targets. In recent years, there has been an increasing amount of literature on the use of weapons of mass destruction in terrorism. Some examples of the use of these weapons are the attack in Tokyo subway in 1995 and the anthrax attacks in the United States in 2001 although, this does not mean that the use of weapons of mass destruction is a common phenomenon in “new terrorism”. To be more specific, some argue that Al Qaeda and other contemporary terrorist organizations are not likely to use soon weapons of mass destruction as long as they need advanced technology and the “know-how”. Furthermore, after the 9/11 attacks and the war in Afghanistan, experts of the CIA supported that “they found no credible information that Al Qaeda had obtained fissile material or a nuclear weapon”. By contrast, it is obvious that terrorists nowadays still use the traditional means of attacks. More specifically, the most common weapon is the traditional bomb. Bombs are still being used in buildings or means of transport (e.g. trains and airplanes) in order to kill as many people as possible. But on the other hand, what can be mentioned is that the suicide attacks as a mean of attack have been increased during the last decades. Suicide attacks have been used since the 1980s and have been increased during the 2000s, while the use of women and children in these attacks is noteworthy. However, this fact is not enough to show that terrorism after the 1990s has changed to a new phenomenon, but that it has “continuity” and is being expanded because of the ways that terrorists should find in order to hit their targets effectively due to the progress of counterterrorism.

In order to achieve, terrorist groups adopt a certain structure that befits the most to their idiosyncrasy. New terrorism has been characterized by networks and a nonhierarchical structure, opposite to the old terrorism. To begin with, it should be mentioned that a hierarchical structure refers to a model where the decisions are taken from the top, while in networks decisions can be taken from more parts. The supporters of “new terrorism” claim that the modern terrorist groups have adopted a network structure and the greatest example is Al Qaeda. Al Qaeda has a wide network and it is connected with other terrorist organizations throughout the world in order to cooperate and carry out their attacks. However, the core organization has a hierarchical structure that is suitable in order to carry out more complex attacks such as the 9/11 and replace a member when it is required. More specifically, networking is not a new phenomenon in terrorism and it is not related to religious terrorism as some scholars tried to prove. In the past, there were also other terrorist groups that had worldwide networks such as Hezbollah or the anarchist groups in the 19th century. Terrorist organizations use networks in order to be expanded, recruit more people and act more quickly, although most of the times in those networks also exist hierarchical structures.

Very often, these networks lead to the internationalization of the terrorist organizations. A key factor of the “new terrorism” is the transnational character of structure rather than the domestic one of the old terrorism. To be more specific, the supporters of “new terrorism” claim that most of the attacks that take place during the last decades have an international identity and their aim is to pass the terrorists’ message abroad. However, as Napps and Enders (2015:133) mention “many groups undertake both domestic and transnational of attacks, complicating the relationship between the two”. Notwithstanding that the 9/11 attacks by Al Qaeda took place in the United States, the impact was both international and domestic, as  long as one of the main purposes of the terrorist organization is the creation of a Caliphate from North Africa to Southeast Asia. Furthermore, some traditional terrorist organizations with domestic focus have also turned to transnational goals. More specifically IRA that was acting in Northern Ireland had support from other countries such as the United States, or other terrorist organizations of the 19th century had links beyond their territories and they were traveling in order to recruit more people or find support and knowledge.

The debate related to new and old terrorism has brought to the surface the problems that occur when we are trying to define terrorism, its purposes, and its progress. After the 9/11 attacks and the war against terrorism that was launched by the United Stated and its allies, the counterterrorist operations became even more advanced, using high technology and knowledgeable personnel. While this evolution was continued terrorists were finding new ways in order to achieve their aims as mentioned before. The term “new terrorism” is nothing more than the continuity of the “old terrorism” with other means. More specifically, religion is considered a strong weapon in order to motivate more people to the war against the enemy, that religious terrorists call “infidel”. Furthermore, the lethality that the supporters of new terrorism claim that has been noticed is not new, if someone takes into consideration the fact that terrorism since its existence has always been violent and bloodstained. Additionally, as it has been underlined, networks and international interests existed in terrorist organizations in the past. Although there are some experts that support that those terrorist organizations like Al Qaeda, have tried to create an atomic bomb, such an activity has not been proven yet. The use of weapons of mass destruction is still questioning and as it has been proven; terrorists continue to use traditional weapons in their attacks. To conclude with, it is of high importance to underline that as the globalization affects more and more the geopolitics and economics of the global chessboard, then the examples that now are taken as facts will change.

Duyvesteyn, I. (2010) ‘How new is the new terrorism?’. Studies in Conflict and Terrorism

Duyvesteyn, I. and Malkki, L. (2012) ‘The fallacy of the new terrorism thesis’. in Contemporary Debates on Terrorism. ed. by Jackson R. and Sinclair S. J. Oxon: Routledge, 35-42

Lynch, O. and Ryder, C. (2012) ‘Deadliness, organizational change and suicide attacks: understanding the assumptions inherent in the use of the term ‘new terrorism’’. Critical Studies on Terrorism [online] 5 (2), 257-275. available from

Napps, C. and Walter, E. (2015) ‘A regional investigation of the interrelationships between domestic and transnational terrorism: A time series analysis’. Defense and Peace Economics [online] 26 (2), 133-151. available from