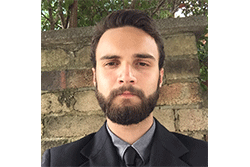 Imagining post-war Syria has become a popular exercise amongst the world’s power-brokers, with the debate concerning Assad’s future in Syria being amongst the primary topics of contention. In their attempt to legitimise the plight of the Syrian Opposition, foreign commentators have been eager to situate the Syrian Civil War within the context of a broader Middle Eastern power-struggle between Sunni and Shia religious factions. Following this, much of the West’s policy towards the resolution of the conflict in Syria has been necessarily sectarian – calling for the involvement of regional Sunni powers, arming Sunni rebels, and facilitating the accession of Sunni opposition groups. However, to frame the Syrian Crisis as a sectarian conflict between Assad’s Alawite minority and the Sunni majority is to do a great disservice to those who claim to represent the Syrian Opposition, and to severely misdiagnose the cause of the conflict as well as to propose the right solution.

The Syrian Opposition emerged in response to the mounting human rights abuses and growing income inequality which came as a result of government attempts to further consolidate and centralise power. However, observers have often conflated the Opposition’s goals with an imagined Sunni plight for self-determination against an oppressive Shia government. This interpretation grossly simplifies the modern political history of Syria. When Hafez al-Assad, father of Bashar al-Assad, came to power, he sought to put an end to the sectarian instability caused by the arbitrary partition of the Middle East by the Western powers after the First World War. He did so by removing religion from the affairs of the state entirely, and by instituting laws to protect all religious minorities while ruthlessly disposing of radical Islamist movements such as the Muslim Brotherhood. Hafez al-Assad’s attempts to consolidate power led to his appointment of senior political and military figures not out of Alawite solidarity, but on the basis of familial, tribal and clan ties which predated the Ba’athist regime.

The regime’s continued attempts to centralise power under Bashar al-Assad have resulted in senior political and military offices being almost exclusively Alawite. However, Alawites are not a privileged class; they have been as susceptible to Syria’s economic insecurity as any other group. Their continued support for Assad stems not from a false conception of status, but from the belief that their rights as a minority will be undermined should a Sunni Islamist force take control in Syria. This logic applies equally to other religious minority groups (such as Christian and Druze) who see any alternative to Assad’s rule as an existential threat. Secular Sunni support for the regime is also overlooked despite occupying a significant segment of the Syrian Government’s power base. The Sunni upper-middle classes, who have historically enjoyed a mutually beneficial relationship with the Ba’athist regime, have as much to lose as the Alawites. With their economic interests threatened by the potential for perpetual political instability under a weak opposition or Islamist regime, many have maintained their support for Assad in the belief that only the status quo can guarantee their future prosperity. Sunnis also comprise approximately 60-65% of the Syrian Arab Republic’s military forces, the continued support of which has been essential for the survival of the Ba’athist regime. Throughout its recent history, Syria’s socio-economic networks became a more cohesive bond than overtures of religious solidarity. And as the political opposition transformed into a violent military rebellion led by a consortium of extremists, secular Sunnis had as much to fear as Syria’s minority communities. The reality of the Syrian conflict is that religion does not necessarily determine political allegiance.

The West should see the encouragement of Sunni involvement as a strategically counterproductive move as it risks diluting the secular democratic vision of Syria’s political future espoused by the legitimate Opposition. As part of the Coalition’s pro-Sunni strategy, the West has been increasingly constrained in its ability to shape conditions on the ground. Regional Sunni powers have had the opportunity to act with impunity in Syria – using the invitation for greater involvement as a means to capitalise on Syria’s instability to further national, ideological and political agendas. Both Saudi Arabia and Turkey encouraged and tolerated the rise of IS and Sunni extremism in Syria, failing to actively prevent private cashflow to IS and supporting hardline factions ideologically indistinguishable from IS, out of the belief that they could use these groups to undermine Assad and the regional influence of his major Shia ally, Iran. The strategic reliance of the U.S. and EU on Turkey has also precluded support for YPG Kurds in Syrian Kurdistan, who have proven one the most effective anti-IS forces on the ground. In addition to this, the blank cheque provided by the U.S. to Turkey has undermined attempts to exert soft power in the Middle East through the promotion of democracy. Turkey’s indispensability as a NATO ally and crucial processing point for EU-bound refugees has allowed the AKP government to increasingly centralise power and respond with disproportionate severity to opposition forces without attracting serious condemnation. The failure of the U.S. to accurately assess the nature of the Syrian conflict has produced suboptimal policy torn between the need to appease its Sunni allies and its desire to contain extremism and promote democracy – goals which have so far proven incompatible.

Similarly, this sectarian vision of Syria’s future has precluded cooperation with Iran and Russia – regional powers who support Assad’s regime. Neither predicated support for Assad on the notion of sectarian affinity, but rather the pragmatic consideration that should Assad’s regime fall, the power vacuum left in its wake would provide the opportunity for extremist groups to expand their enterprise. With the Sunni power nexus in the Middle East firmly aligned with the West, both Russia and Iran have a vested interest in ensuring that secular outcomes in Syria will prevail. Ironically, the secular and democratic outcomes the West would like to see in Syria align better with the objectives of Iran and Russia than they do with their Sunni allies. The conflict in Syria was not sectarian until opportunistic Sunni powers attempted to capitalise on Syria’s instability for their own gain. Until that point, Syria was fundamentally a political conflict between two opposing factions; authoritarian Assad and the pro-democracy Opposition. Even as the presence of sectarian elements proliferated in the form of the al-Nusra Front, the Islamic Front and IS, the conflict was never about competing religious visions of Syria’s future; it was a contest between secularism (represented by Assad and the Opposition) and the imposition of a radical Islamist order (represented by Syria’s extremist groups).

Contrary to popular belief, the story of the Syrian Civil War is not one of the sectarian divide between Assad’s Shia minority and the Sunni majority. The protests which grew into the civil war emerged out of the political and economic deficiencies of the regime’s rule, not a sectarian vision of Syria’s future. The failure of Western actors to see this has resulted in an ineffective and counterproductive strategy for Syria. In their attempt to delegate responsibility to regional Sunni powers, they inadvertently sectarianised the conflict by transforming Syria into the staging ground of a broader regional conflict between pro-Western Sunni powers and Shia Iran.

The West’s steadfast support for their Sunni partners, such as Turkey, have so far prevented cooperation with the Syrian Kurds, undermined regional democratic aspirations, and resulted in the continued funding of extremist Sunni Islamist groups who have only contributed to the escalation of the conflict. This Sunni alliance has also prevented the possibility of collaborating with Russia and Iran to prevent further extremist gains against government territory, and to ensure a secular vision of Syria’s future is realised. The description of Syria as a sectarian conflict is more than just a classification error; it has had a detrimental impact on attempts to resolve the conflict. In order to best approach this crisis, a new narrative needs to be constructed. The conflict in Syria is an existential crisis for a secular state. It is unrelated to the regional contest between Shia and Sunni factions; it is a fight for the preservation of secular order against the imposition of an Islamist state ruled by a strict interpretation of Islamic law. Only when the West adjusts its actions to reflect the true nature of the threat will its foreign policy towards Syria be effective.

*Alexander Galitsky is an undergraduate student of Political, Economic and Social Sciences majoring in Governmental and International Relations at the University of Sydney (Australia)

Blackwell, E. (2015), “The Enemy of My Enemy is My Friend: Sectarianism and Security in Syria”, The NATO Association of Canada, (September 26, 2015): http://natoassociation.ca/the-enemy-of-my-enemy-is-my-friend-sectarianism-and-security-in-syria/ (accessed May 5, 2016)

Sengupta, K. (2015), “Turkey and Saudi Arabia alarm the West by backing Islamist extremists the Americans had bombed in Syria”, The Independent, (May 12, 2015): http://www.independent.co.uk/news/world/middle-east/syria-crisis-turkey-and-saudi-arabia-shock-western-countries-by-supporting-anti-assad-jihadists-10242747.html (accessed May 5, 2016)