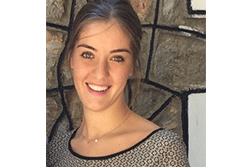 “Europe has been facing numbers of migrants at unprecedented levels. We are all deeply moved by the tragedy of those people and our immediate and urgent task is to curb the organized crime groups which smuggle and distribute migrants across Europe”

Organised Crime Groups (OCGs) have been defined as individuals operating in a formalized structure having the capacity and capability to commit serious crime on a continuing basis. Their tactic includes elements of planning, control and coordination. The participants aim to obtain financial or material benefit. Additional burden is carried upon ‘transnational organized crime’. It embraces virtually all profit-motivated serious criminal activities, this time with international implications (FBI, n.d.; (Mills, H., Skodbo, S. and Blyth, P.,2013). OCGs get involved in crime sectors covering a spectrum from drugs supply, to sexual exploitation and environmental or wildlife crime.
Under the umbrella of Organised Crime, unsurprisingly, we come across the Organised Immigration Crime. The Home Office (2013) breaks down the latter type to ‘Organised abuse of legitimate entry’, ‘Human trafficking for sexual exploitation and/or other exploitation’ and ‘Organised people smuggling’ (Mills, H., Skodbo, S. and Blyth, P.,2013)
The Smuggling of Migrants Protocol, defines the ‘smuggling of migrants’ as the
“Procurement, in order to obtain, directly or indirectly, a financial or other material benefit, of the illegal entry of a person into a State Party of which the person is not a national or a permanent resident.” (Article 3, Smuggling of Migrants Protocol). (UNODC, 2015)
The OCGs that facilitate travel and transportation among countries, vary in their range and capability; from loosely connected networks of sole traders specializing in one element of the journey, to groups with members in strategic locations and extensive knowledge of border security. Their key apparatus is the use of fraudulent documents, the so-called ‘visa-smuggling’. In United Kingdom the number of inadequately documented arrivals (IDAs) increased in 2014 with air routes accounting for over 70% (NCA, 2015).
The average fee paid by migrants to OCGs depends on their country of origin, and in the case of ‘visa-smuggling’, the route taken. The success of each operation is not guaranteed, yet the fees are fully paid by the migrants. Numerous people have lost their lives as a result of the indifferent or even deliberate movements of the perpetrators.

For the country of destination, rich or poor, the social and economic costs of organized people smuggling include a) the costs of any asylum application processed by those successfully entering the country illegally, b) the costs of removing irregular migrants detected both at the border and within the country and c) the costs of detaining irregular migrants prior to removal. As an example for UK, these costs amount to approximately $140 million.(Mills, H., Skodbo, S. and Blyth, P.,2013)
Facing the upward trend of immigration, during the European Police Chiefs Convention (EPCC) 2015, representatives of national and international law enforcement authorities, European Union institutions and agencies, as well as academia, discussed the importance to strengthen cooperation and information exchange in an effort to identify key criminals involved in the facilitation of illegal immigration. (EUROPOL, 2015)
There is a common admittance among researchers and interested parties that the absence of definitive data on the expanse of trafficking reflects not only a lack of awareness, but also an absence of adequate recordkeeping systems to track investigations. Law enforcement, prosecutors, and service providers respondents alike have not yet agreed upon common definitions, they cannot always differentiate between trafficking and smuggling or yet analyze the elements of the crime itself. This blurred picture of the matter leads to difficulties in advising the public and key stakeholders about what to look for and how to report it (Phyllis J. Newton; Timothy M. Mulcahy; Susan E. Martin, 2008)
Organized crime is not stable, it adapts constantly to new trends. The transnational nature of organized crime strengthens the forge bonds across borders and eliminates any cultural and linguistic differences in the flow of their business. Thus the relationships between criminal networks become both more flexible and more sophisticated, with an ever-greater reach around the globe (UNODC, 2015).
Furthermore, it is not to be overlooked that serious and organized criminality performed from within the prison estate is also a threat. Whilst imprisoned, offenders have coordinated conspiracies, expanded their networks and markets, hidden their criminal assets and carried on their actives with ease. Technology stands by their side and against any disruption efforts (NCA, 2015.
The United Nations Convention against Transnational Organized Crime, adopted by General Assembly resolution 55/25 of 15 November 2000, is the main international instrument in the fight against transnational organized crime (UNODC). Its protocol against the ‘Smuggling of Migrants by Land, Sea and Air’ took effect from 28 January 2004. It aims to counter smuggling of migrants, to enhance and adopt a common legislation, to prevent and combat the smuggling of migrants and finally encourage cooperation and transparency among States involved (UNODC)
On May 6th 2015, Europol supported German Police in arresting an organized crime group involved in smuggling people from Africa to the EU. Long-running cross-border investigation took place and analytical support was provided to the countries involved throughout. This included facilitating information exchange and analysis, and organizing operational meetings at head-quarters of Europol.
This recent success story, should inspire and encourage all efforts for mutual approach and understanding by the States concerned, in order to tackle the ‘Smuggle of Migrants’.