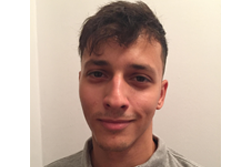 Nowadays, it is widely known that the global crisis affected the societies and their political stability. Over the past few years more and more radical right political parties emerged and acquired more influence on the political procedures of the state. However, it is remarkable to express the fact that this phenomenon existed, in Latin America, especially with authoritarian leaders and regimes before the global financial crisis. Thus, we comprehend that governance of radical right parties and authoritarian regimes are a common phenomenon at the States of Latin America. Those countries possess a specific political culture from the beginning of 20th century.

Regarding this culture of Latin America, the characteristics of the regimes of the past are preserved now. To elaborate on that, these same phenomena are still being set down in those specific regimes.  Firstly, people from the military have strong appearance in the political and decisional making process. Secondly, there is democratic deficit and the authoritarian leaders are having endurance in those political systems. Furthermore, there is a high rate of corruption in the public administration, the authorities through clientelism are satisfying their own political needs and  the leaders assist services to earn political support. Moreover, the political leaders are using populism to manipulate people concerning the improvement of the standards of living.

Finally, regarding their international policy they are following a temperate political line so as they will acquire the maximum, financial and political, benefit.

As far as Daniel Ortega and his political path is concerned, there was a paradox about his life and his career.  Jose Daniel Ortega Saavedra political career began during Somoza’s authoritarian regime, at the FSLN (Frente Sandinista National Liberation Front).  In other words, Ortega joined the FSNL of Nicaragua against Somoza’s National Guard. It’s important to mention that being in this side of the political system meant that members of FSLN were opposed to the discorded elections of the regime and against the political parties which were the puppets of the dictator. Furthermore, being a member of FSLN was dangerous because the dictator of Nicaragua had the approval and the advocacy of the USA. At this time, the cold war escalated, and the USA governments focused on the extinction of the communism and the leftist revolutions. Thus, Ortega fought against US government and President Ronald Reagan who supported, the Contras, the rebels of the dictator Anastasio Somoza.

Moreover, when the Sandinistas overthrew Somoza, Daniel Ortega became member of the board of the new regime. For the audience he was a modest person with a  strong personality. When, he became President of Nicaragua, he acquired an unexpected twinkling because of the war and he became a symbol of it, a leftist leader, an image of the weak who dominated the strong, that is the USA. In 1990, he didn’t win the elections and Violetta Chamorro became the President of the country. However, Ortega accepted his loss because he was the accountant of the material assets. This role contributed to the presence of an occasion which is common as ‘’Sandinista pinata’’.Needless to say, he used this mean to become rich and to acquire influence and power. After this loss, he was stronger, he used his force against the President Chamorro. In other words, Ortega organized the people and he created tensions and political instability, through demonstrations and public statements.

He was nominee for the presidency three times but finally he became president in 2006. His wife Murillo contributed to change of his public image. The expectations were high, he cultivated the image of a tempest person who’s on the side of people, in favor of the human rights and the reconciliation with the factors of Catholic church. Τhe campaign promises were inflating as well but he finally reneged. Furthermore, Ortega used all his means to get elected consecutive times. He replaced public employees of the main public factors with people from the FSLN who assisted him with legalization to exert his presidency. Besides the alternation of the procedure from the High Court of Nicaragua, he also proceeded to reforms of the constitution concerning the procedure of reelection.

At the present time, the policy which is implemented encroaches the human and the civil rights of the people. The middle classes and the lower classed are suffering from poverty. The unemployment rate is high, and more and more businesses are shutting down their activity. The stewardship and the modulation are inadequate. The strikes and the demonstrations of the people have escalated because their standards of living are embarrassing. The government and the law enforcement agencies, are offending the people and suspend the demonstrations through violence. There is a climate of fear in Managua, the capital, and the country in general. Also, many people lost their life, when the government announced the reduction in finances concerning the social benefits of the elderly. During the manifestation 23 students were murdered by the police. Censorship is a usual phenomenon and the government decide to shut down television and radio channels.

Taking everything into consideration, Daniel Ortega created a strong authoritarian regime. Through the reforms of the authorities nobody can overthrow this government. Regarding the image of the country in international relations, the international community and the United Nations accuse the government which is abusing human rights and disregarding  international law. Last summer, the situation in the country exacerbated, and demonstrations against Ortega rose. The aftermath was 320 demonstrators dead and 2000 injured.