Speakers of the event were the Professor of Geopolitics at the Hellenic Military Academy, Dr. Konstantinos Grivas, International Relations Expert and Publisher of the Foreign Affairs magazine (The Hellenic Edition) Mr. Loukas Katsonis, International Relations Expert Mr. Dimitris Iatrides, Lieutenant General ret. Mr. Lambros Tzoumis and the Research Director of KEDISA, Dr Petros Violakis. Coordinator-Moderator of the event was the Founder and President of the Board of Directors of KEDISA Mr. Andreas G. Banoutsos.

The event honored with their presence despite the particularly adverse weather conditions prevailing in Athens in the afternoon of April 15th, generals and admirals, ambassadors, representatives of the Diplomatic Corps, the Armed Forces and the Security Corps, journalists and numerous students of International Relations of Greek Universities. A special honor for KEDISA was the presence of Mrs. Aliki Mitsakos, Secretary General of the Hellenic Association for Atlantic and European Cooperation, and the Professor of International Relations at the University of the Aegean and Director of the Institute of International Economic Relations Mr. Charalambos Tsardanides.

The Founder & President, Mr. Andreas G. Banoutsos, during his brief introductory speech, said that Turkey, led by President Recep Tayyip Erdogan, has been increasingly moving away from the West in recent years. This is demonstrated by a series of Turkey’s actions, with its top decision to acquire the modern S-400 anti-aircraft missile system from Russia. For this choice, there have been strong reactions from the US and other member states of the Atlantic Alliance. He noted that the voices of both senior analysts and US officials demanding the eviction of Turkey from NATO due to its unpredictable and unacceptable behavior that undermines the Alliance’s interests are rising. In contrast to conventional wisdom, Mr. Andreas Banoutsos, has argued that if the scenario of Turkey’s expulsion from NATO is finally implemented, this development may be positive for Greek national interests as it can activate Article 5 of the NATO Founding Treaty (Washington Treaty, April 4, 1949) on collective defense, an article which remains inactive until today, as both states (Greece and Turkey) are members of the Alliance.

Professor of Geopolitics at the Hellenic Military Academy, Dr. Constantinos Grivas, in his speech said that in the modern multipolar world, Turkey is claiming the role of a Great Power that wants to act autonomously by serving its national interests without obeying the priorities of US foreign policy. He also pointed out that Greece, within this fluid geopolitical environment, should exercise a national-centric foreign policy that would make it a medium power in the international system and a balancing factor on behalf of the West of a revisionist Turkey.

International Relations Expert, Mr. Dimitris Iatrides, during his speech, referred to the reasons why in recent years Erdogan’s Turkey has begun to move away from the West and to be considered an “illiberal democracy.” He also said that Erdogan’s decision to purchase Russia’s S-400 missile system was the epitome of Turkey’s marginal and risky diplomacy, a decision calling into question Turkey’s position within NATO. Finally, he mentioned that the policy of appeasement vis-à-vis Turkey cannot be a credible choice for Greek foreign and defense policy.

Lieutenant General ret. Mr. Lambros Tzoumis, in his address after referring to Turkey’s pivotal role in containing the USSR during the Cold War, noted that Turkey has the second strongest army inside NATO after the US and made it clear that NATO will not allow Turkey to exit the Alliance for the following reasons: Any withdrawal of a member state from the Alliance will mean the beginning of its disorganization. This is particularly true for a country with huge military capabilities, such as Turkey. Any such action would lead to a radical upgrading of Russia’s geopolitical role, something which the West is deflecting. Finally, Turkey’s NATO withdrawal scenarios indicate that Ankara not only intends to leave NATO, but also asserts administration in Istanbul, the headquarters of NATO’s Readiness Initiative, a force that will include 30 battalions, 30 warships and 30 fighter aircraft, capable of development within 30 days.

International Relations Expert and Publisher of the Foreign Affairs magazine-The Hellenic Edition Mr. Loukas Katsonis, expressed the view that Turkey is a major player in Western defense planning and that is why it is very difficult to cut it off permanently from the West. However, its adventurous policy is already being punished by NATO, the EU and other powerful actors of the liberal world. However, he pointed out that the important thing is what we do as Greek nation and as a society. If Greece wants to remain as far as possible an independent player within the Western Alliance, we have to acquire a patriotic policy, based on realism and common sense.

The speech of the Research Director of KEDISA, Dr. Petros Violakis focused on Turkey’s identity and the country’s orientation towards Europe and the West during the period before President Recep Tayyip Erdogan came to power in 2002. This approach has made it possible to draw useful conclusions on Turkey’s change of course under Erdogan’s leadership, the further understanding of Turkish society, the impact of the Syrian war on the decision-making of the Turkish leadership, the role of the rhetoric of the Turkish president, Turkey’s European course and the dynamics of the country as regards its relationship with NATO and international institutions in general.

After the completions of the speeches, a very lively and interesting discussion followed between the audience and the speakers. 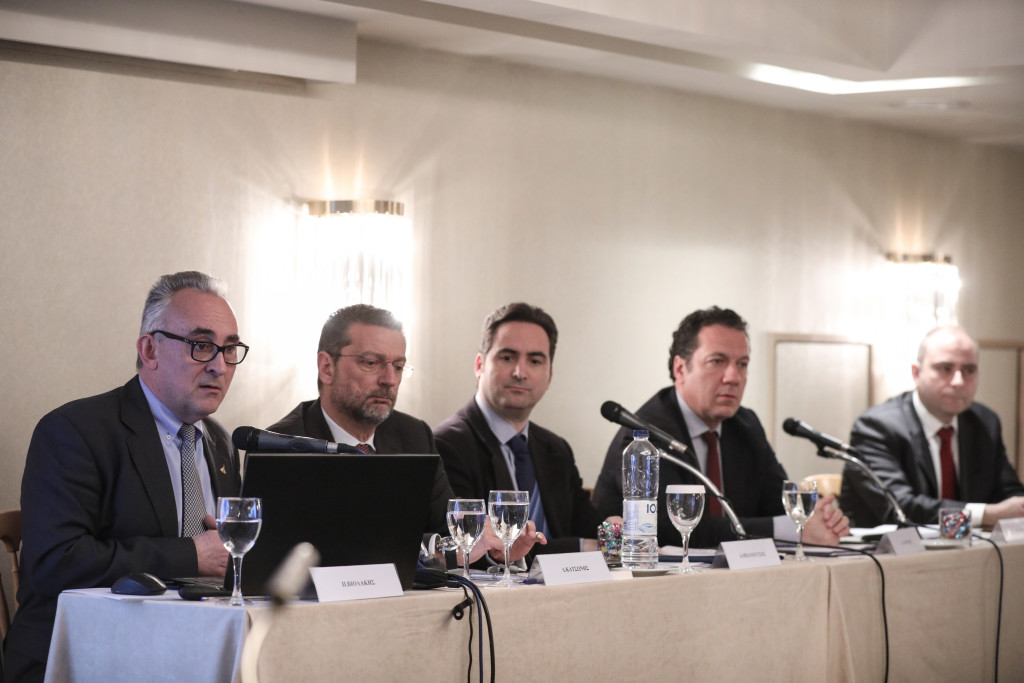 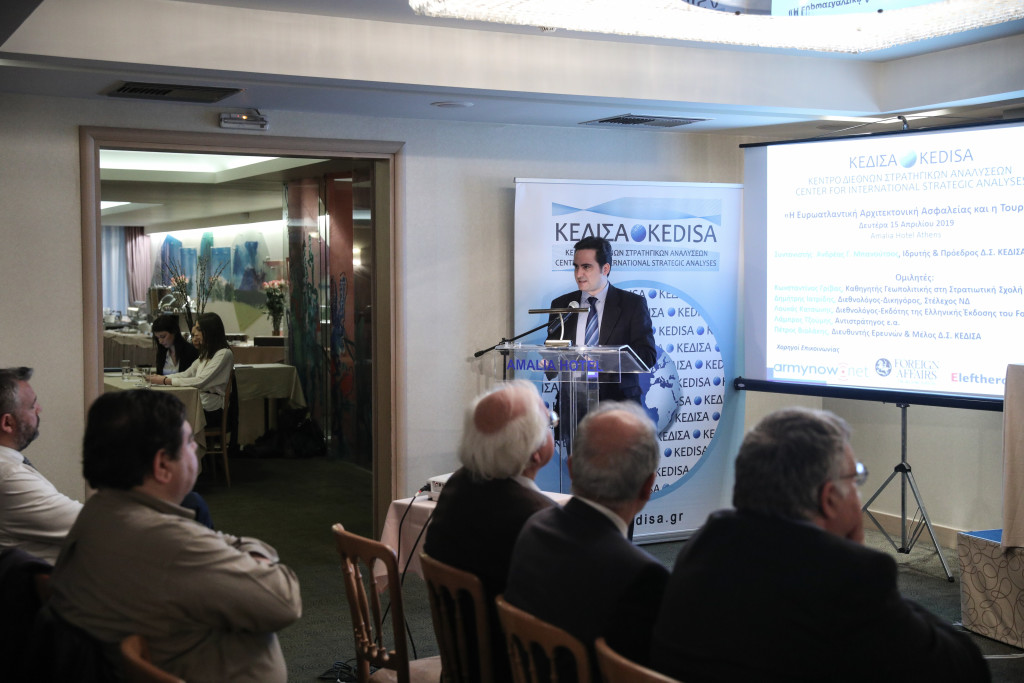 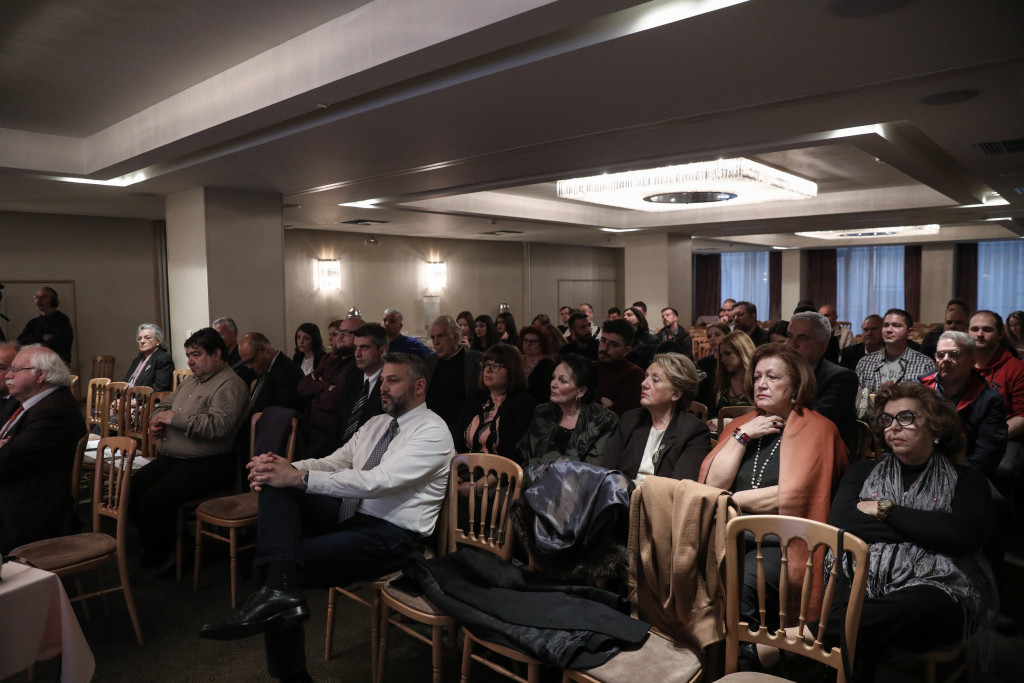 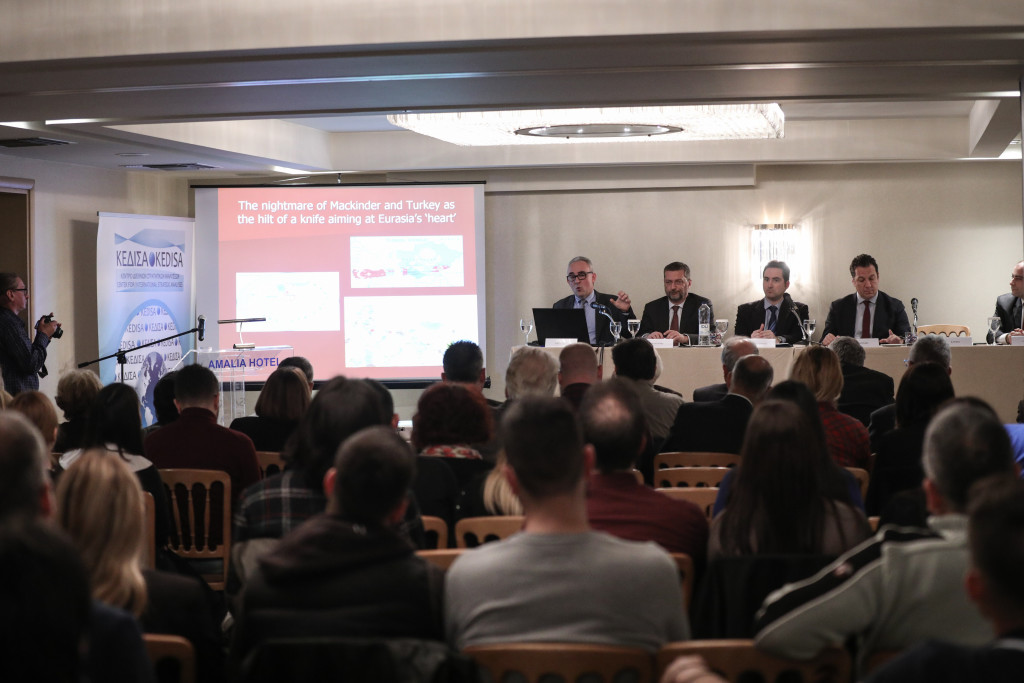 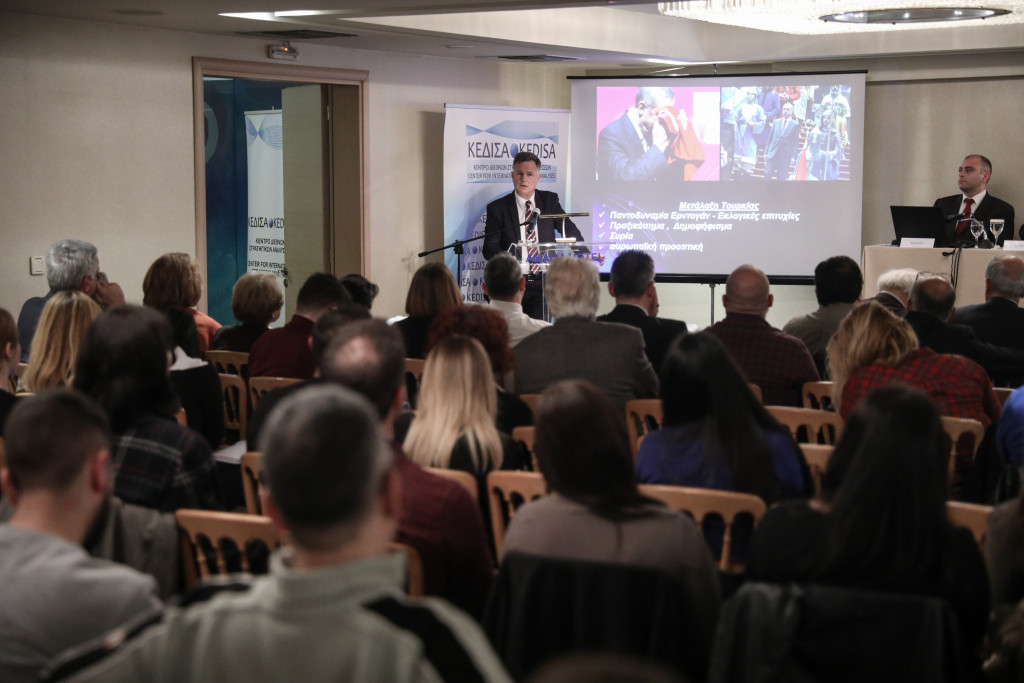 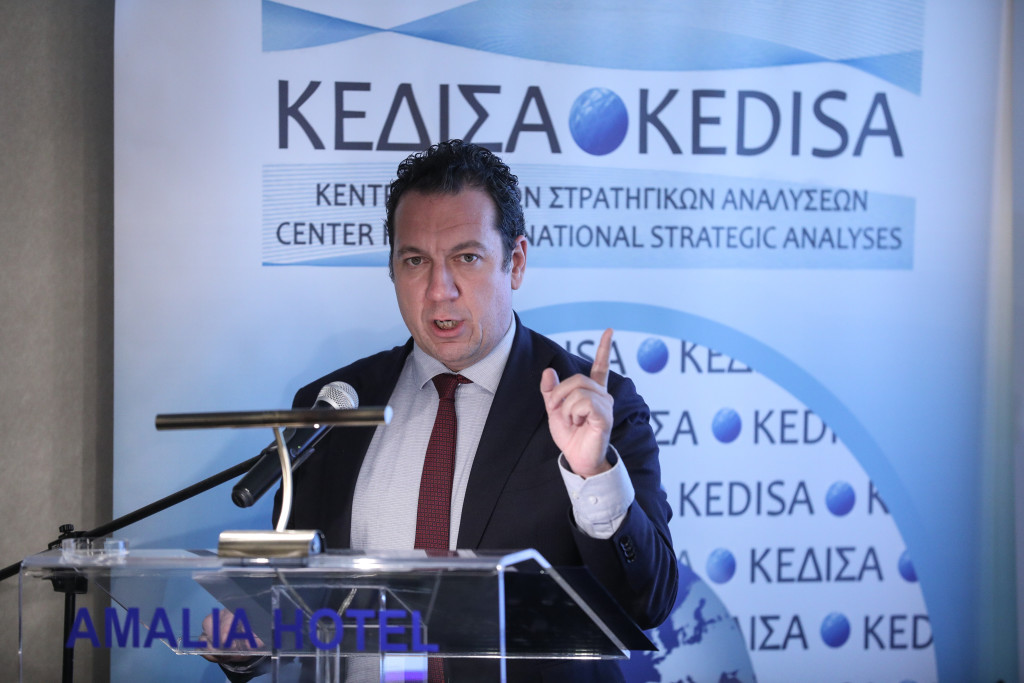 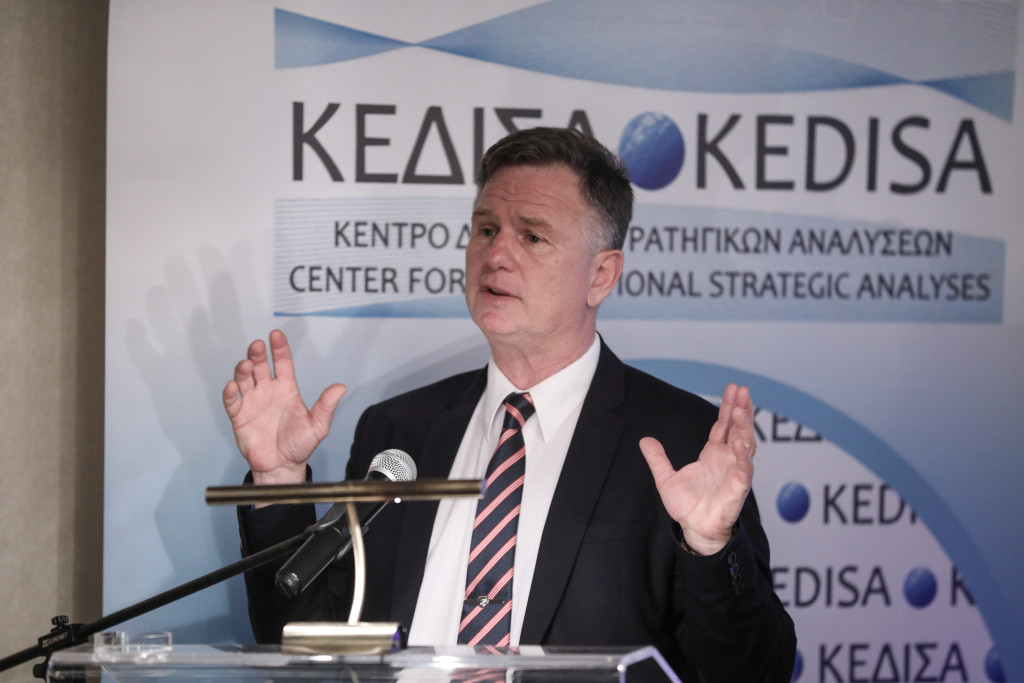 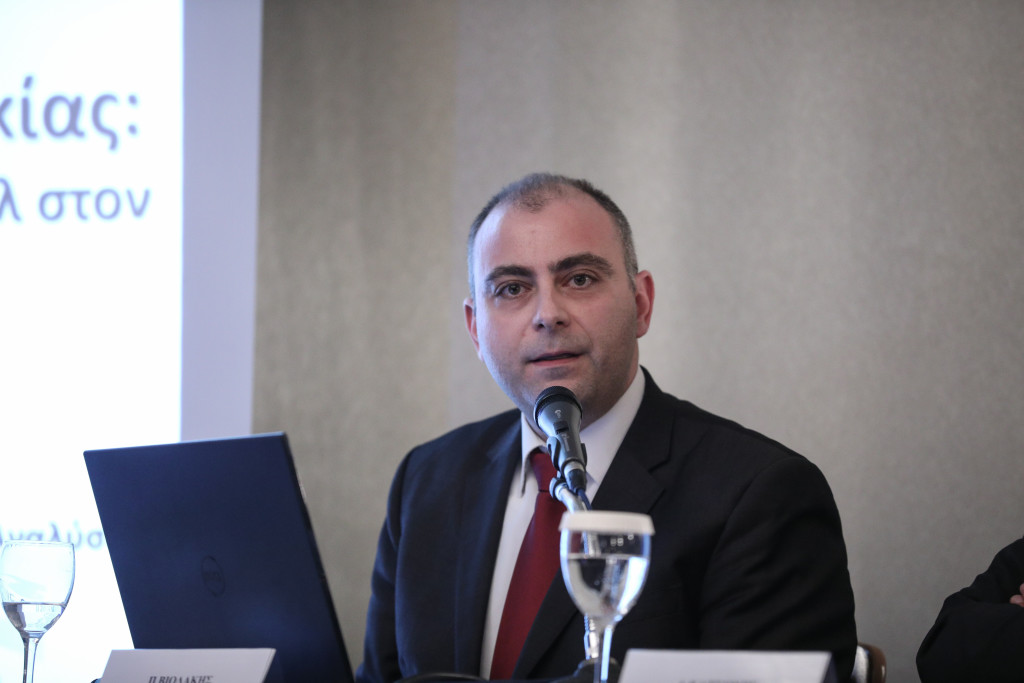 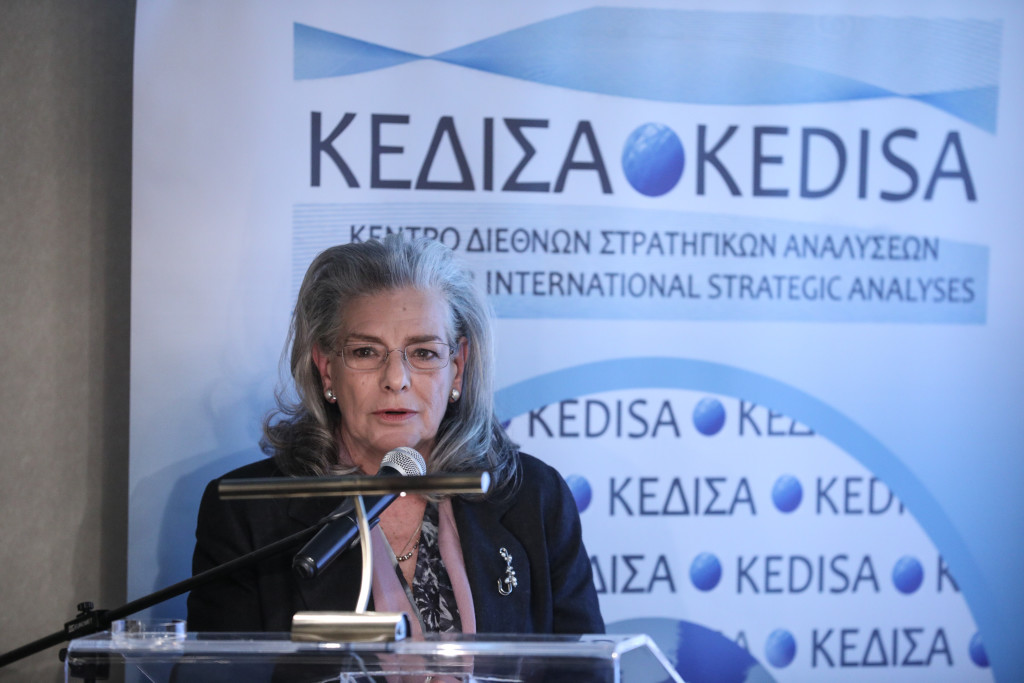 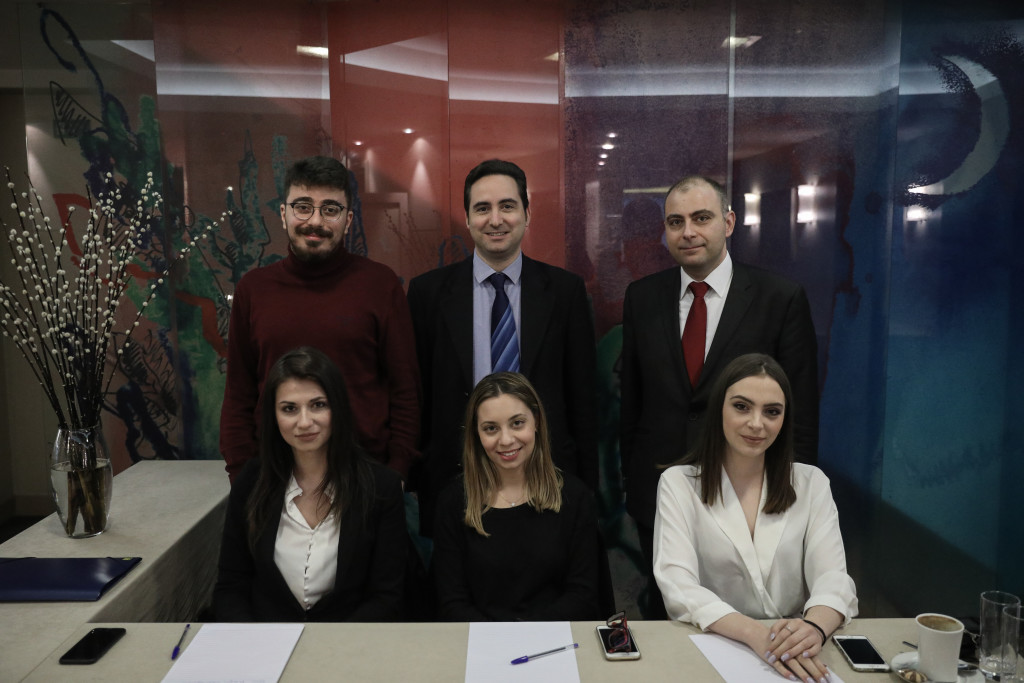