The Center for International Strategic Analyses-KEDISA successfully organized on Monday, June 24, 2019, an event entitled “Challenges for Greek Foreign Policy in the aftermath of the National Elections”. The event was held at Amalia Athens Hotel.

Speakers of the event were Mr. Nikos Xydakis (former Deputy Minister of Foreign Affairs and candidate MP with SYRIZA in the 2nd constituency of Athens-Southern Sector) and Mr. Dimitris Iatridis (International Relations expert-Lawyer and candidate MP with ND in the 1st constituency of Athens) Coordinator the event was the Founder and President of the Board of Directors of KEDISA Mr. Andreas G. Banoutsos.

The event was attended by representatives of the Diplomatic Corps, the Armed Forces and the Security Corps, journalists and students of International Relations of Greek Universities.

The Founder & President of KEDISA, Mr. Andreas G. Banoutsos, during his brief introductory speech, referred to the three challenges of Greek Foreign Policy that the new government that will emerge from the July 7 elections will have to face. He pointed out that Turkey’s aggression in the Aegean and Cyprus was a major challenge, and he spoke extensively about the other two challenges that, in his assessment, are important for Greek national interests but tend to be downgraded by the media and public debate. The first challenge concerns the risk of returning from the “window” to the negotiating table a plan for resolving the Cyprus issue which would be detrimental to the interests of Cypriot Hellenism. In particular, he expressed the view that Western circles want the immediate solution of the Cyprus issue in order for the united Cyprus to join NATO. He pointed out that the new government should not, as in the case of the Prespa Agreement, consent to a problematic solution of the Cyprus issue against the interests of Hellenism, with the sole aim of facilitating the accession of Cyprus to NATO, despite the fact that accession of Cyprus in the North Atlantic Alliance as well as Skopje (“Northern Macedonia”) serves Greece’s national interests. He then referred to the danger for Greece and the stability in the sensitive Balkan region of creating a Greater Albania on the northern border (the prospect of a union of Albania with Kosovo), and underlined that Greece should in no case recognize Kosovo’s independence because it would create a political and legal precedent that could open the Pandora box to the detriment of Greece’s national interests in both Western Thrace and Cyprus.

Former Deputy Minister of Foreign Affairs and candidate MP with SYRIZA in the 2nd Athens constituency-Southern Sector, Mr. Nikos Xydakis, during his speech, referred to the priority pillars on which Greek Foreign Policy should be based: a) Maintaining and maximizing Greece’s geopolitical influence (b) the best possible solution of the Cyprus issue in cooperation with the Republic of Cyprus, c) containment of  the growing influence of Turkey in the Aegean and the Balkans, d) the cultivation and deepening of the Alliances of Greece, e) pursuit of influence of Greece in the Balkans, e) development of relations with Russia based on shared interests rather than on the basis of Orthodoxy (the two countries are competitive in this area), f) maintain and strengthen relations with the USA.

The IR expert-Lawyer and candidate MP with ND in the 1st constituency of Athens, Mr. Dimitris Iatridis, in his speech after making a short description of the complex international geopolitical environment with the intensification of the Great Powers’ competition (USA, Russia, China) he underlined that the doctrine of the Greek foreign policy formulated by the late Constantine Karamanlis that Greece belongs to the West, a doctrine not disputed even by the SYRIZA government, with the exception of the first half of 2015. This doctrine, of course, does not mean that Greece should not seek new alliances on the basis of common interests. With regard to Turkey, Mr Iatridis pointed out that it is an inalienable right for Greece based on the International Law of the Sea on extending its territorial waters to 12 nautical miles and that the neighboring country can only be dealt with a strong deterrent policy and not a policy of appeasement. Finally, he also analyzed the reasons why the Prespa Agreement is problematic and detrimental to Greece’s national interests.

After the talks ended, a very lively and interesting discussion followed between the audience and the speakers. 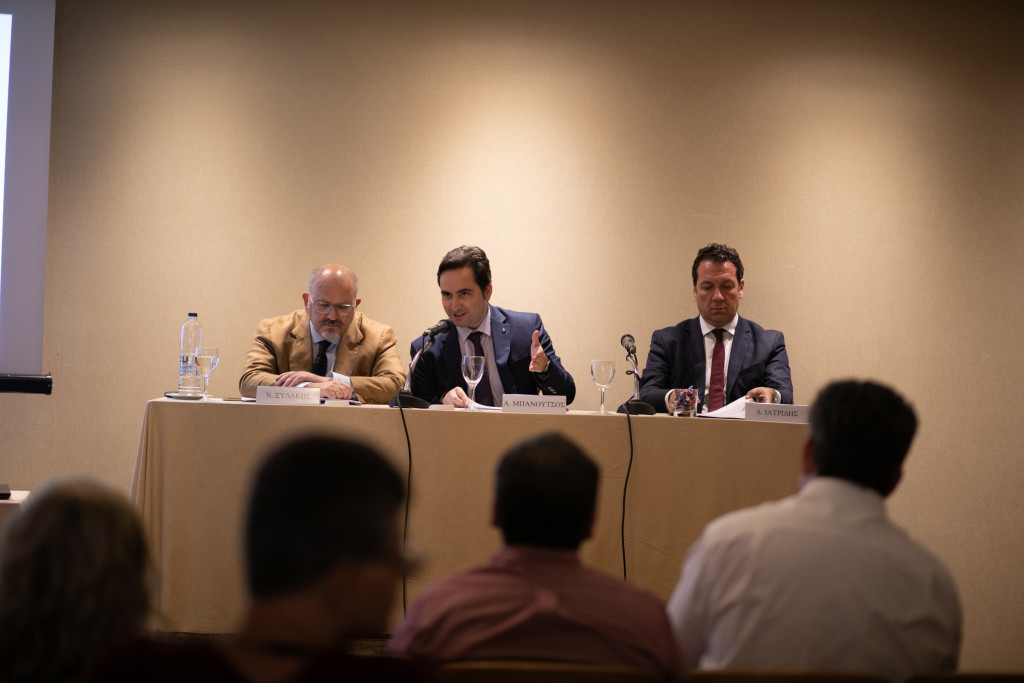 The panel of the event (from left to right): Mr. Nikos Xydakis (former Deputy Minister of Foreign Affairs and MP candidate for SYRIZA in B’ Athens – Southern Sector), Mr. Andreas G. Banoutsos (Founder & President of KEDISA) and Mr. Dimitris Iatridis (Attorney and MP candiadte forNea Dimokratia in A’ constituency of Athens). 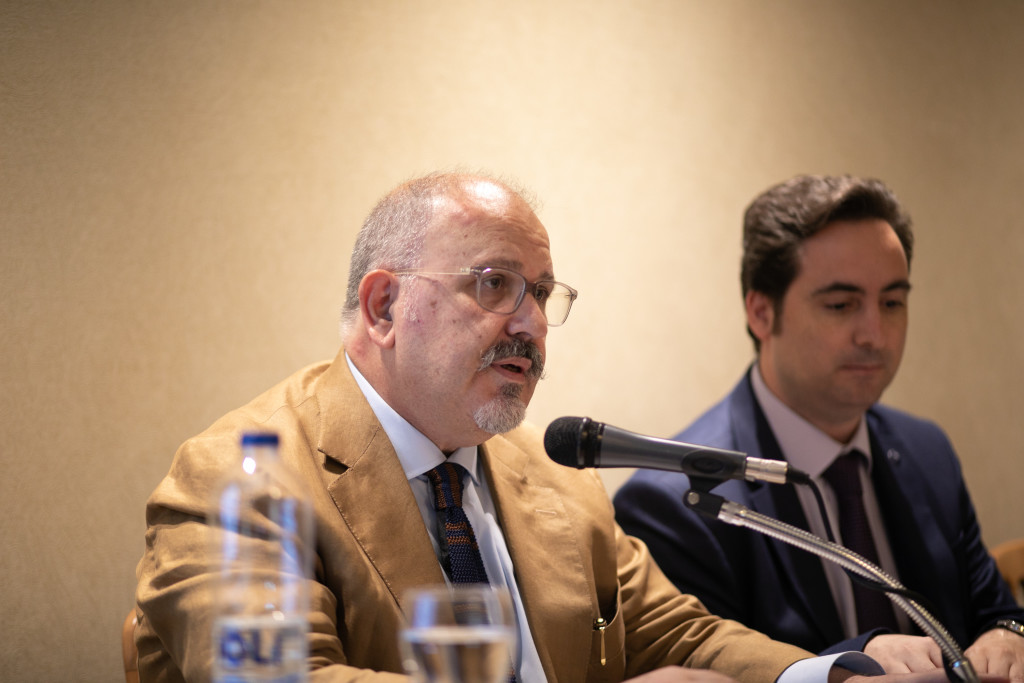 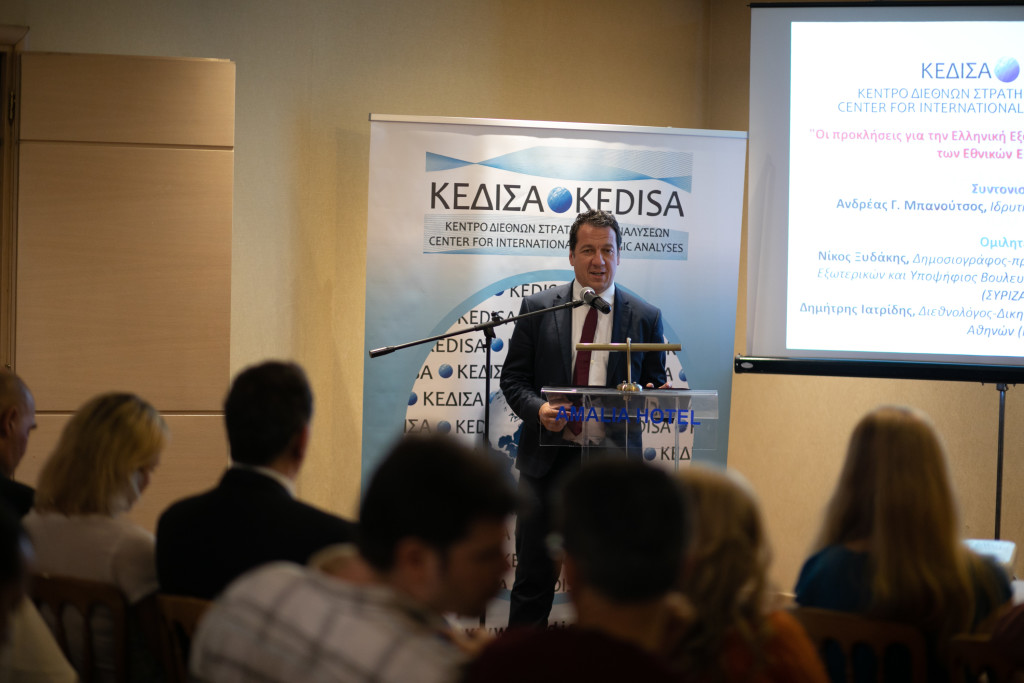 Mr. Dimitris Iatridis (Attorney-International Relations and MP candidate for Nea Dimokratia in A’ constituency of Athens) 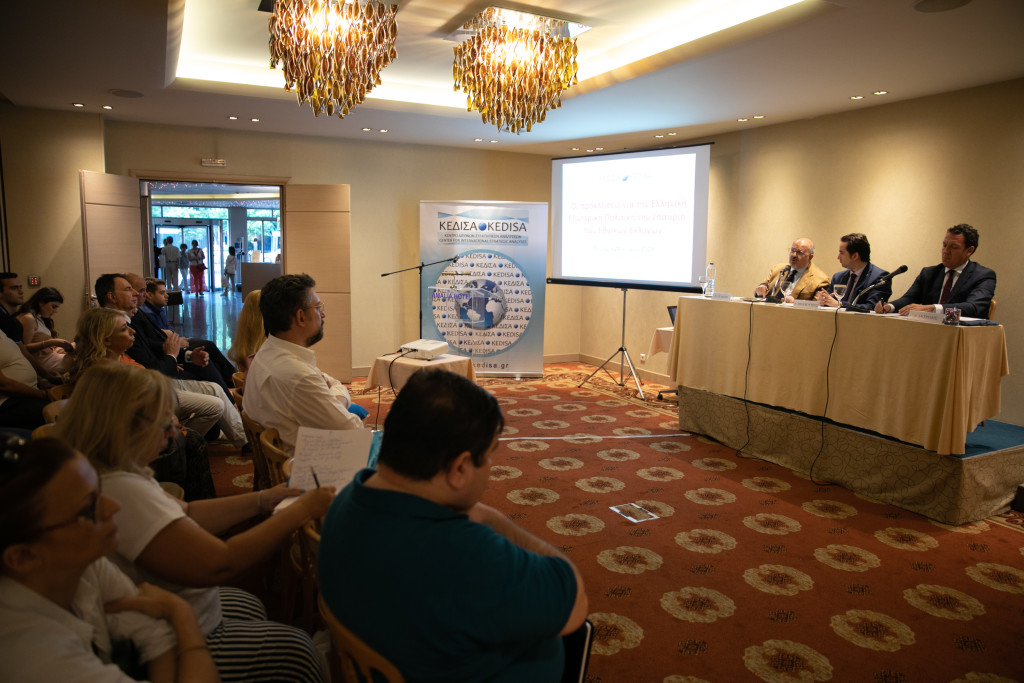