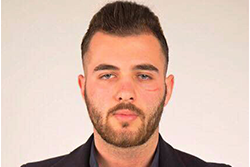 Criminal organisations expanding their territory and operations outside of their national or local dominion used to be a matter of scepticism among scholars. The dominant view suggested that most criminal organisations were extremely localized and stationary. In Europe and more specifically in Southern Italy, the Cosa Nostra operated mainly in the island of Sicily. Scholars suggested that the operations of the Sicilian Mafia did not expand across borders and that their rule was heavily dependent on the local environment [4]. Similarly, it has been argued that the Chinese Triads’ operations were also highly based on a local level as well as their ability to expand internationally was very limited because of their lack of financial means and connections [3]. Additionally, it has been stated by academics that the Japanese Yakuza’s movements outside of Japan, were mainly either recreational or focused on investing in real estate. The Yakuza was believed not to have managed to extend their illicit network outside of Japan [5]. Recent events suggest that criminal organisations have expanded across borders and now operate at an international level, having constructed a large and powerful criminal network. This phenomenon is often referred to as ‘global crime’ or transnational organised crime [1] [10]. This paper will focus on exploring three areas, including how some of the most well-known criminal organisations operate in foreign territories, what are the effects of the ‘global crime’ phenomenon on contemporary society and what are some of the factors that may have promoted transnational organised crime to develop and flourish.

In contrast of the previous view, relatively recent perspectives on organised crime, suggest that criminal groups migrate easily to advanced market economies where they create long-lasting outposts [2] [9] [11]. There is consensus among academics that criminal groups indeed utilise the phenomenon of globalization by forming alliances among themselves and by building networks which expand internationally. This ‘’newly’’ emerged phenomenon has been conceptualised as ‘global crime’ [1] [10], which refers to the connections of criminal organizations in shared operations at an international level [2]. Several criminal groups, from the Cosa Nostra to the American mafia, the drug cartels of Colombia and Mexico, the Russian mob, the criminal groups of Nigeria, the Jamaican Posses and more, have now formed a large, diversified network [2]. Criminal organizations do not just collaborate with each other, but they are continuously expanding into new territories. Scholars have used the example of multinational corporations establishing branches around the world to take advantage of labour or markets, to illustrate how criminal organisations conduct their businesses in a similar way [9]. There are several examples of organised crime groups’ presence in foreign territories such as the Cosa Nostra operating in Germany, the Colombian drug cartels operating in Spain or the Chinese Triads conducting their illicit business in the Netherlands [2].

Several scholars have argued about the effects of global organised crime on the socioeconomic and political integrity of regions.  Studies on organized crime suggest that criminal groups that operate at a global scale, pose a real and present danger to Western civilisation [2] [9] [11] [12]. Global crime affects the global system and international relations and it is a major threat to security and stability in the world [8]. Large transnational criminal syndicates thrive, despite domestic and international countermeasures. The structured nature and economic and political power of organized crime groups have prevented states from effectively tackling global crime [8].

It has been argued that the phenomenon of global crime is a consequence of both factors which can be found globally but also of some specific characteristics of each region. Mentioned previously, perhaps the most crucial factor leading to transnational organised crime is globalisation. The liberalization of markets has allowed the opportunity for criminal groups interested in raising their profit and criminal organisations are able to avoid national boundaries and quickly adapt to the current global economic environment [6]. Currently, the illicit criminal activities are mixed with legitimate business [13], an aspect which makes the activities associated with combating organized crime even more difficult, in terms of distinguishing the legal aspects from the illegal ones. Another important facilitating factor is the disparities in the socioeconomic conditions [6]. The increasing rates of poverty and socioeconomic inequalities, within the last several decades, have stimulated the phenomenon [6]. Organized crime may represent an answer to social and financial deprivation in both affluent and poor regions of the world. In addition, it has been argued that the demand side of the criminal market is responsible for the existence and spread of global crime [7]. Increasing wealth and excessive consumption in developed countries is associated with an increase in the demand of goods and illicit services [13]. Finally, differences among the legislative and juridical systems of the states also constitutes a factor for the development of global crime [6]. A range of transnational crimes occur, or at least stimulated, by the existence of some differences between the national legislations regarding the fiscal regime for some goods [13]. Perhaps, the illegal trafficking of different goods would not be possible if big differences among states would not exist in goods’ taxation. The establishment of the same legislations among states could reduce the scale of global organized crime.

This paper explored global crime as a phenomenon that has emerged in different cultures and countries around the world. Several criminal organisations not only have expanded on foreign territories but also collaborate in their criminal operations. Global crime is a phenomenon that poses a serious threat to the economy and relations among states as well as on the global security and stability. This paper also included some of the factors that promote the development of international criminal networks and enable criminal organisations to continue operating without being held accountable. These factors include but not limited to: globalisation, socioeconomic inequalities within or across regions, the demand of criminal markets as well as differences within national legislations.