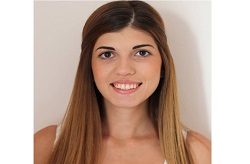 The First World War was characterized by the extensive use of chemical weapons, such as tear gas, poison gas, chlorine, mustard gas. The rapid development of chemistry and science back then gave rise to the industrialized countries with access to large quantities of chemicals. This chemical warfare violated the 1899 Hague Declaration concerning Asphyxiating Gases, which was the first attempt of the international community to ban chemicals as weapons. The need for a complete ban on chemical weapons had gradually become more pronounced, resulting in 1925 in the Geneva Protocol, where the use of chemical and bacteriological weapons in war was clearly condemned, without prohibiting the development, production and storage of them. Since 1970, several states began drafting a ban on chemical weapons, while at 1978 the Conference on Disarmament was established as a negotiating forum of the international community. In 1990, the US and the Soviet Union signed a bilateral agreement for the prohibition of the production of chemical weapons, reducing them at 20%, and promising for their complete destruction by 1992. In September 1992 the Conference on Disarmament adopted a draft and transmitted it to the UN General Assembly, where it was opened for signature on January 1993 and came into force in April 1997.

Today, 193 states are parties to the Chemical Weapons Convention (CWC), with Israel being the only state that has signed but not ratified the agreement. Among the UN member states, Egypt, North Korea and South Sudan have not signed neither ratified the treaty. On 16th June of 2018, the State of Palestine became the last member to the Convention. Since 1997 as the implementation body of the CWC stands the Organisation for the Prohibition of the Chemical Weapons (OPCW), verifying the destruction of chemical weapons, providing protection and assistance, encouraging international co-operation and bringing universal membership. For these purposes, each state – party to the OPCW must destroy all chemical weapons and facilities that it possesses, using safe methods that do not harm the environment or people. OPCW has verified the destruction of more than 96% of all declared chemical weapons. At the same time, OPCW oversees and inspects all former chemical facilities in order to ensure that they have been shut down, while it monitors and assists member – states to achieve their obligations. In 2013, the OPCW was given the Nobel Peace Prize for its engagement in disarmament and its success.

The OPCW has been actively involved in Syria since 2013 concerning the Eastern Ghouta (Damascus suburb) attack in August 2013. In 2014 the OPCW Fact – Finding Mission (FFM) was set up as a response to several accusations for chemical weapons attacks in Syria – mentioning the fact that on 23rd of July 2012 the Syrian Government publicly informed the possession of chemical weapons. The organization inspected the use of toxic chemicals as weapons in Syria, concluding on its 2nd report in September 2014 that “chlorine, either pure or in mixture had been used as a weapon systematically and repeatedly in the villages of Talmanes, Al Tamanah and Kafr Zera in northern Syria”. The OPCW also conducted the oversight of the destruction process of Bashad al – Assad chemical weapons stockpile, confirming two years later(2016) that all declared chemical weapons had been destroyed. On 6th of July of 2018 the FFM issued its last report regarding the incident of alleged use of toxic chemicals in Douma (on  7th of April 2018), reporting the death of people and hundreds of chemical – related injuries. The FFM team conducted several visits there in order to collect environmental samples and interview witnesses. According to its last report “no organophosphorous nerve agents or their degradation products were detected in the environmental samples or in the plasma samples taken from alleged casualties. Along with explosive residues, various chlorinated organic chemicals were found in samples from two sites, for which there is full chain of custody. Work by the team to establish the significance of these results is on-going. The FFM team will continue its work to draw final conclusions”. Regarding July’s report, the FFM’s work is ongoing to draw final conclusions.

New Challenges for the future

Considering the aforementioned example regarding Syria, one can argue that for the future of OPCW several actions should be taken: quick and effective solutions to security challenges and international co-operation are some of the essential factors for a completely chemical free world. The OPCW has to be more effective regarding the investigation of issues concerning the use of chemical weapons. Moreover, it is crucial that all member – states of the Convention participate fully in completing the Organization’s purposes and aims, integrating their national political agenda towards these goals. Regarding the international co-operation, the OPCW works close with the UN and other international organisations and NGOs implementing their common goals for the universal ban of chemical weapons, while the creation of Ad Hoc bodies, as the Fact – Finding Mission, strengthen the work of OPCW. The Secretariat of the OPCW fully supports the on-going missions of the organisation and for this reason, issued in March 2015 a paper entitled “The OPCW in 2025: Ensuring a World Free of Chemical Weapons”, analyzing and proposing ways of implementing the primary aim of the organisation. In addition, in July 2016 was established an Open-Ended Working Group on the Future Priorities of the OPCW (OEWG-FP) for the co-operation of the members and the organisation. It is important to highlight the need for OPCW to follow the rapidly changing fields of science, especially in the chemical industry, and technology that could create new risks for the international community. From now on, the OPCW shall focus on preventing the re-emergence of the use of chemical weapons in the future internationally, being “the premier international organization working for a world free of chemical weapons”.