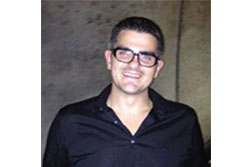 The recent attacks in Brussels and a few months ago in Paris reinvigorated the looming threat of terrorism over Europe. A number of analysts have called Europe to take action in order to counter the threat of ISIS. France has initiated attacks against ISIS positions as a response to November attacks. Moreover, Belgium announced that it plans to follow a similar path of action. However, the European Union has yet to implement any active policies in order to counter the threat of ISIS despite the fact that it has devised a Counter-Terrorism Strategy. This short article seeks to address the question whether the European Counter-Terrorism Strategy can effectively deal with the threat of ISIS.
In November 2005, the Council of the European Union released a document outlining the European Counter-Terrorism Strategy. The document asserted that the strategic commitment of the European Union was to “combat terrorism globally while respecting human rights, and make Europe safer, allowing its citizens to live in an area of freedom, security and justice.” The strategy outlined by the document rested on these pillars: prevent, protect, pursue, and respond. In order to prevent the spread of terrorism the strategy focused on targeting the factors leading to radicalisation and recruitment in Europe and internationally. The second pillar related to protection of citizens and infrastructure and reduction of the vulnerability from attacks, through improvements in the security of borders, transport and critical infrastructure. Thirdly, the strategy asserted the need “to pursue and investigate terrorists across the European borders and globally; to impede planning, monitor the terrorist’s ability to travel and their communications; to disrupt support networks; to cut off funding and access to attack materials, and to bring terrorists to justice.” Lastly, should the aforementioned measures prove inadequate to stop an attack, the strategy asserted that the European Union should focus on “minimising the consequences of a terrorist attack, by improving capabilities to deal with: the aftermath, the co-ordination of the response; and the need for the victims.”
The strategy asserted that European states carry the primary responsibility for combatting terrorism and that the EU could add value in four main ways: a) strengthening national capabilities, b) facilitating European cooperation, c) developing collective capability, and d) promoting international partnership. Firstly, strengthening national capabilities referred to improving intelligence collection, sharing and analysis between European countries. Secondly, in order to facilitate European cooperation the strategy proposed the establishment of mechanisms to facilitate cooperation between police and judicial authorities. Thirdly, the strategy prioritized the use of EU bodies such as Europol, Eurojust, Frontex, the MIC, and the Sit Cen in order to make collective policy responses. Lastly, the EU Counter-Terrorism Strategy asserted the need for a collective approach through the cooperation with institutions such as the United Nations and other international organizations.
In terms of political oversight, the strategy asserted that the European Council would be the primary decision-making body. Additionally, meetings would take place once per Presidency between the European Council, the European Parliament and the European Commission to ensure high level dialogue between the governing bodies of the European Union. Lastly, the Counter-Terrorism strategy would be complemented by a detailed action plan listing all the relevant measures under the four strands of this strategy. This would allow progress to be monitored on a regular basis by the Committee of Permanent Representatives, with regular follow-up and updates from the Counter-Terrorism Coordinator and the European Commission.
The Counter-Terrorism Strategy of the European Union has certain advantages but also important limitations when dealing with a threat like ISIS. The advantages relate to the potential of cooperation between European Institutions and the overall multilateral approach and degree of cooperation. This has the potential to provide valuable information for terrorist movements in the European soil. The fact that the mastermind behind the attacks in Paris Salah Abdeslam was arrested is proof of that. Additionally, the high level of integration of the European economy could prove beneficial in the effort to stop the financing of potential terrorist enclaves inside Europe. However, the main limitation of the European counter-terrorism strategy is that it is primarily responsive. The mechanisms of the European Union, as outlined by the Strategy, are designed to be activated in the aftermath of an attack. Unfortunately, ISIS is not a threat that can be dealt with in such a manner. Hence, Europe should redesign its counter-terrorism strategy to include a military element. The strategy does argue that the primarily responsibility for dealing with the terrorist threat remains with the member states, however the prospect of unilateral attacks such as those of France and Belgium against ISIS targets have the potential to further undermine the foundations of the Common Foreign Security Policy.
In conclusion, for the Counter-Terrorism strategy of the European Union to deal with the threat of ISIS, it is imperative to include a military element. The existing strategy offers some advantages which could be helpful in dealing with potential attacks in European soil. However, these policies do not offer a long term solution to the threat of ISIS. The European Union should actively pursue an offensive strategy, even if only through air strikes, in order to apply pressure to the leadership of ISIS and effectively deal with this new terrorist threat.